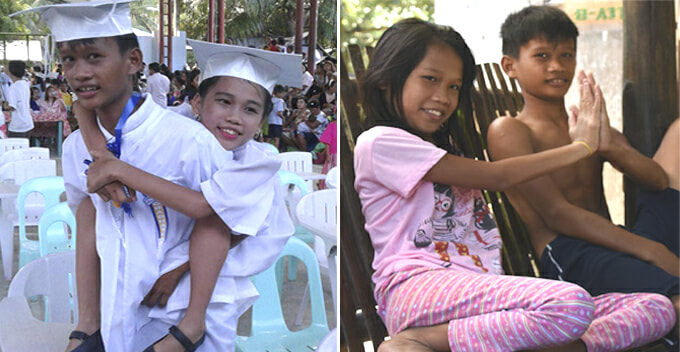 Recently, a 14-year-old teen, John Michael Belida and his disabled younger sister went viral on social media after their story of graduating together came into light.

According to Definitely Filipino, the 12-year-old sister who is known as Ella Mae Belida could not walk to school after falling 2 feet to the ground and injured her pelvic area. This happened when she was just 11-month old.

Ever since the incident, Ella has been suffering from irregular bowel movement and high fever.

“She was still able to walk a few steps with a cane until she was seven. But after that, she couldn’t carry her own weight,” according to Ella’s mother, Erlinda.

Due to their poverty, Erlinda admitted that she had asked Ella to stay at home to be better taken care of.

“It pains me to see my children suffer. But my daughter is a fighter and she told me, ‘Ma, I have to finish school so I can help you and father’,” she said.

While the mother stays at home to take care of the younger children, her husband Marlon, 39 drives a tricycle making P300 (RM27) on a good day and P200 (RM18) on a normal day.

In order to let Ella receive education and save his parents some money, Michael would walk to Looc Norte Elementary School in Asturias town which is a kilometre away from their house. He did that with a 40-kilogram Ella on his back while clutching their school bags under his arms.

“She’s heavy and it’s tiring, but I did it so that she could finish school,” he told SunStar Cebu.

“I get angry when people look at her and call her names. But she always retaliates and tells the bullies off,” Michael added.

He also recalled the moments when Ella scolded him for doing his homework late and how she managed to finish everything despite her shaky hands. 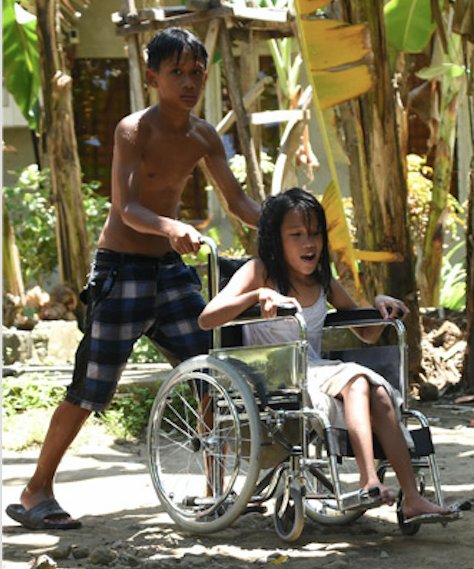 She was also a motivation for him to work harder in school so that he can become a successful seaman one day. 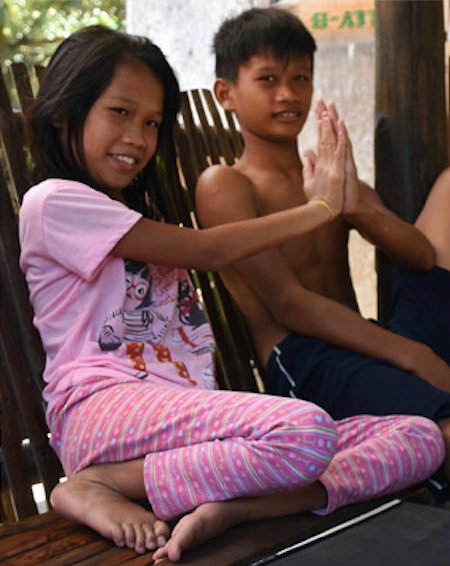 To make things easier, Michael sacrificed his time and skipped school for a year so that they could start and finish schooling together. Now you know how they graduated together despite born in different years?

Their story instantly went viral when a netizen Leonard spotted them at the graduation ceremony. 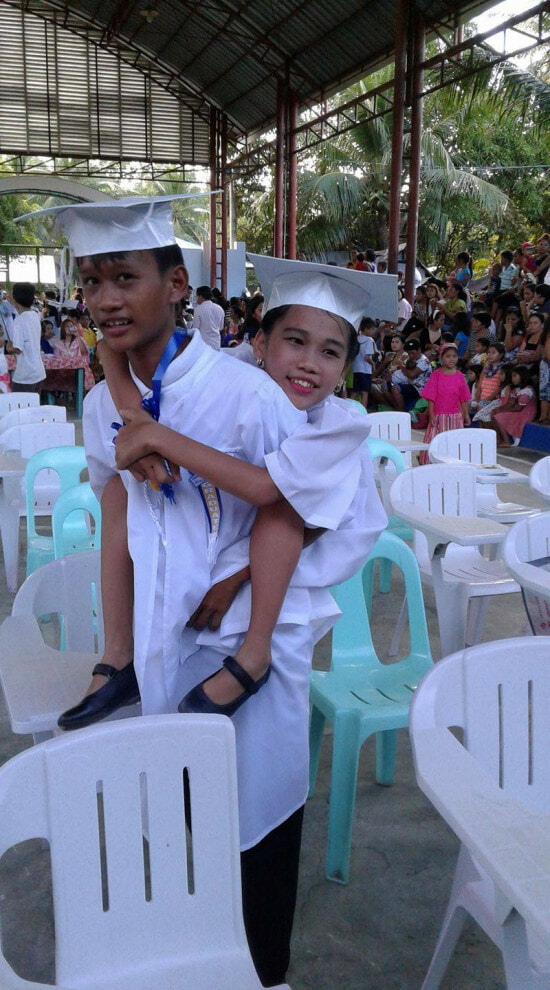 Moved by their plight and determination, help started pouring in from everyone. Aside from medical check-ups, the siblings also received 4 wheelchairs, a pair of crutches, a bicycle, and school supplies for Ella and Michael. 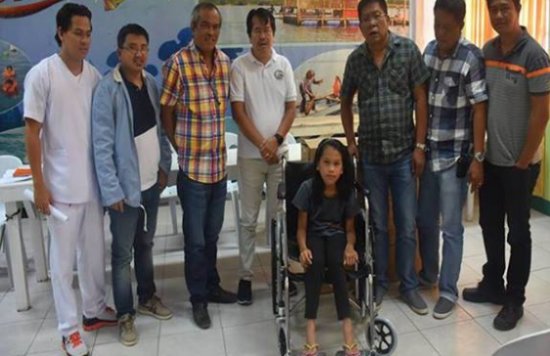 Despite all the help they received, Michael said he will still continue carrying his sister, even if they have to go to separate schools or colleges.

“I will carry her no matter what. I hope someone can support her studies. She wants to take up a computer course,” he said.

That has to be the brother of the year, and I can’t wait for their highschool graduation!

Also read: Meet Jia Yi: The Malaysian Who Just Got Accepted into Harvard, Stanford, and Cambridge