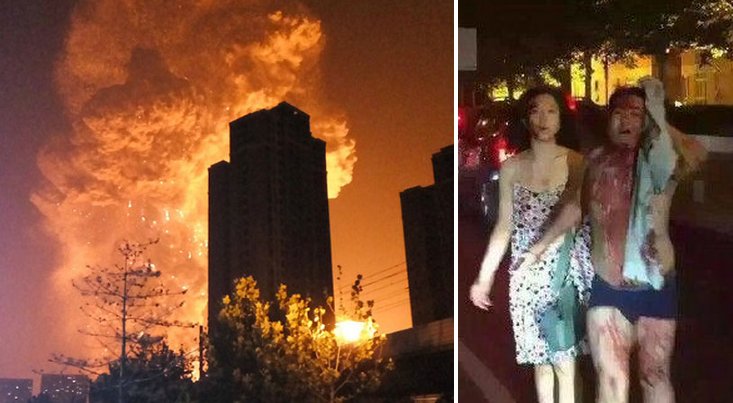 Firefighters arrive at Ruihai Logistics warehouse in  the Tianjin Container Port to put down a fire before the first explosion occurred. The warehouse reportedly stores “dangerous and chemical goods”. 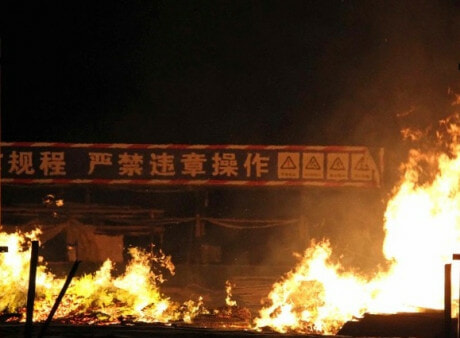 Fiery inferno resulted from the blast 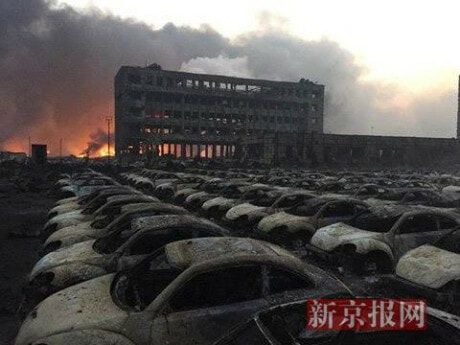 Firemen fight the fire till daybreak 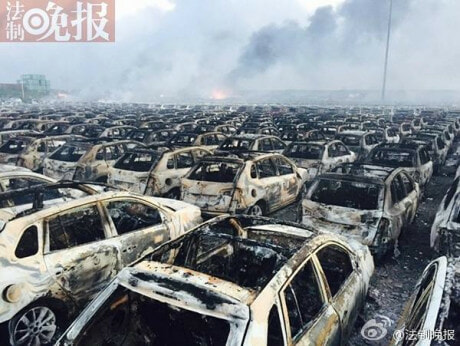 Hundreds of car were destroyed from the blast

Equivalent to 3 tons of TNT, and about 21 tons of TNT for the second blast .

Here’s a video shot by a witness in the vicinity:

Eventhough he was a good 2.7km away from the site, the blasts were strong that it shook the camera.

Cause of the fire is not yet known.