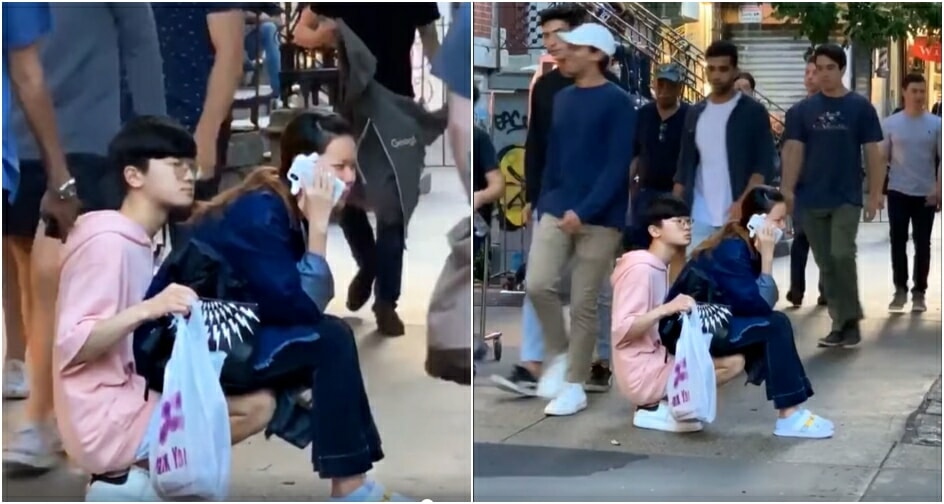 Chivalry is not dead but this ain’t it, chief.

A video has gone viral on Facebook on 21 June showing a loving couple displaying their love for each other. Well actually, it was the man who did the loving and was quite literally supporting his girlfriend. 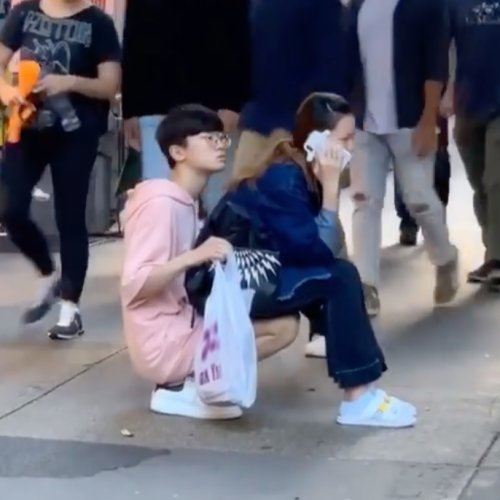 It appears that the Asian couple were walking on a busy sidewalk in New York when the girlfriend needed to attend to some urgent matters.

From the video, the man is seen squatting down, acting as a chair for his girlfriend who was on a very important phone call, maybe. Netizens say was likely talking to another boyfriend.

He seems to care so much for her that towards the end of the video, he can be seen smooching her back lovingly. 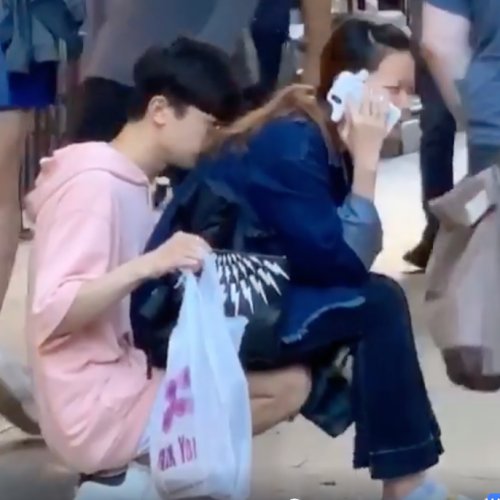 The video prompted criticisms from netizens with most of them saying that this act is not chivalrous at all. Importantly, they were also causing problems for the pedestrians as they were sitting in the middle of the sidewalk.

There’s chivalry and then there’s this #whatisnewyork

These two young lovers need to learn a thing or two from the sweet old couple who went viral before this. Sometimes it does not take much to prove that you love each other. The simplest, smallest things matter more and what’s most important is that both of you treat each other with respect. 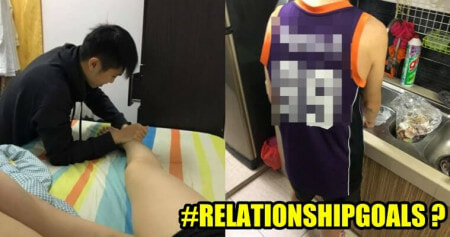