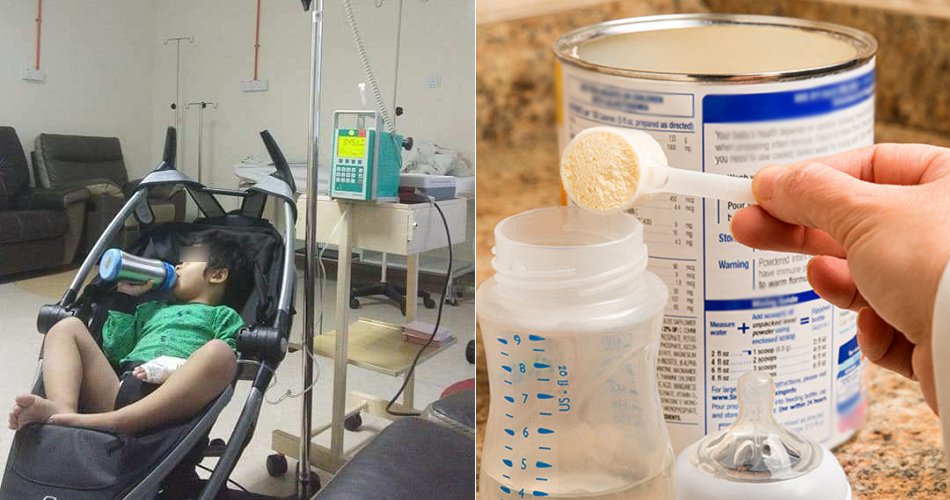 We’ve been told that formulated milk isn’t healthy and yet, it’s still widely used for consumption in many households. Now, according to recent news, it has been revealed that too much of formulated milk can actually jeopardise one’s health, especially for toddlers.

A mother shared on Facebook about how her son was overdosed on formulated milk and suffered enteritis, reported Siakap Keli. According to the woman, Anis, her two-year-old son Wan Haziq drinks at least 10 bottles of milk a day (at 260ml of milk per bottle) and on top of that, he would also have hearty meals every day.

As a result of his diet, Haziq began to experience extreme diarrhoea and was in pain when he was excreting whilst squatting. 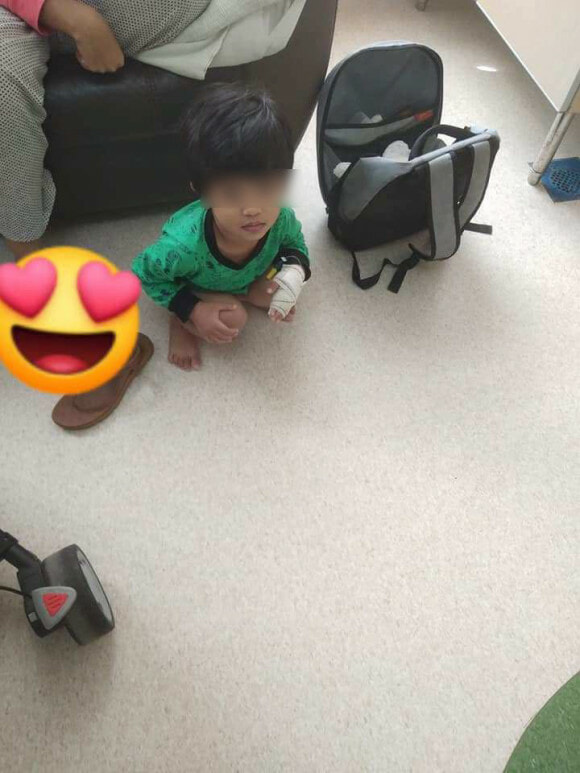 After three days of experiencing a horrific series of diarrhoea, on the fourth day, Anis realised that Haziq started to have bloody stools.

The frantic mother quickly rushed her son to HUSM (Hospital Universiti Sains Malaysia) at 4am and he was admitted into a ward. After several diagnoses, the doctor said that Haziq was suffering from inflamed bowel walls and internal wounds because he frequently defecated due to his diet.

FYI, the mother said that Haziq would excrete at least 20 times a day. That’s certainly out of the ordinary!

Following that, the doctor said that Haziq actually overdosed on formulated milk but fortunately, Haziq is already on the road to recovery. Thank goodness! 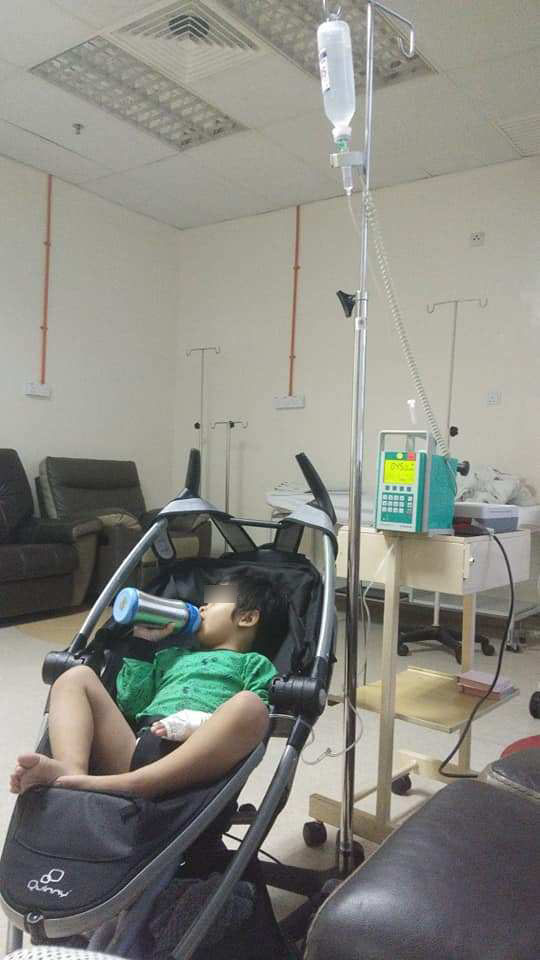 By the end of her post, Anis advised fellow parents to reduce their toddlers’ consumption of milk and ensure that they don’t make it a part of their daily diet. She added that if the child starts to have a stomach ache, parents should immediately reduce the consumption of milk.

Anis also shared that she has since replaced Haziq’s formulated milk with fresh milk after the incident. She urged parents to allow toddlers to drink only two glass of milk per day and feed them normal food.

Finally, she cautioned parents to be extra careful and to take note if their kids complain about having stomach troubles after drinking milk because those are early signs. 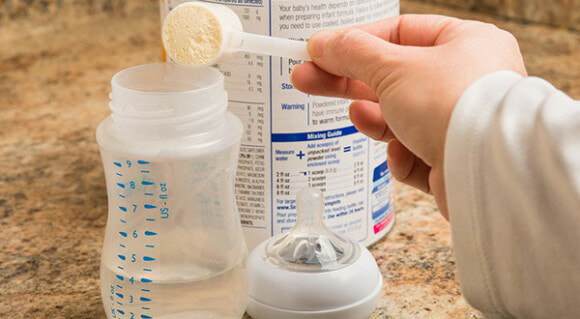 We’re glad that Haziq is slowly recovering after a traumatic experience. That said, we hope that parents will pay heed to Anis’ advice and reduce their toddlers’ consumption of formulated milk. 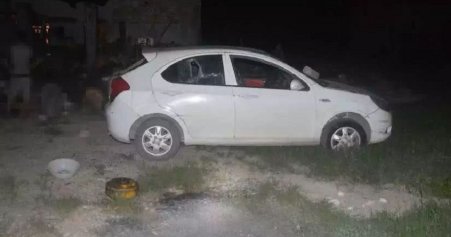