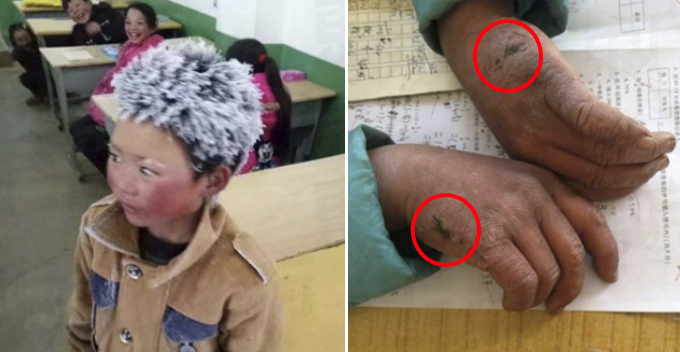 For most of us, the hardest part about attending primary school back in the day was to wake up early in the morning before our bas sekolah arrives, but for this kid, things are way harder than that.

Just recently, a photograph of a poor boy named Wang Fuman went incredibly viral online because of the obstacles he had to brave through in order to get to his school that’s located in a rural area of Zhaotong, China. 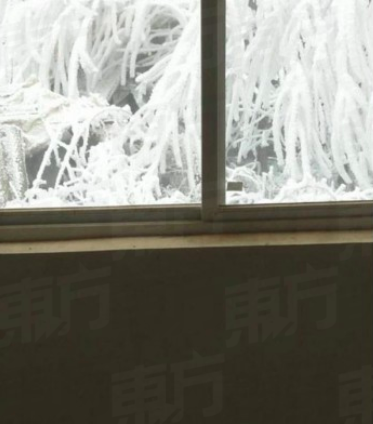 According to SCMP, the Primary Three pupil had to walk over an hour for 4.5km to get to school. The worst part was that the climate was brutally freezing and the sub-zero temperature recorded was at a bone-chilling minus nine degree Celsius at that time.

By the time he reached school, his hair and eyebrows had turned white as they were covered in ice. Due to the extreme temperature, his hands also suffered from frostbites. Poor thing! 🙁 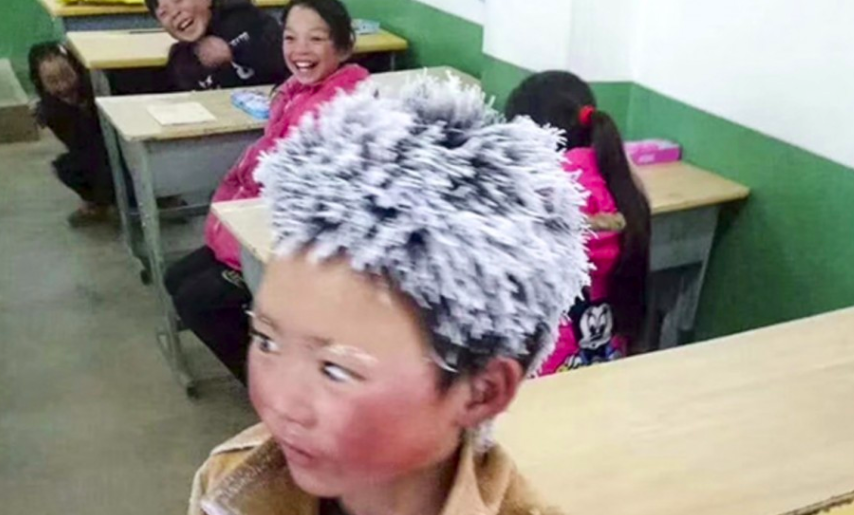 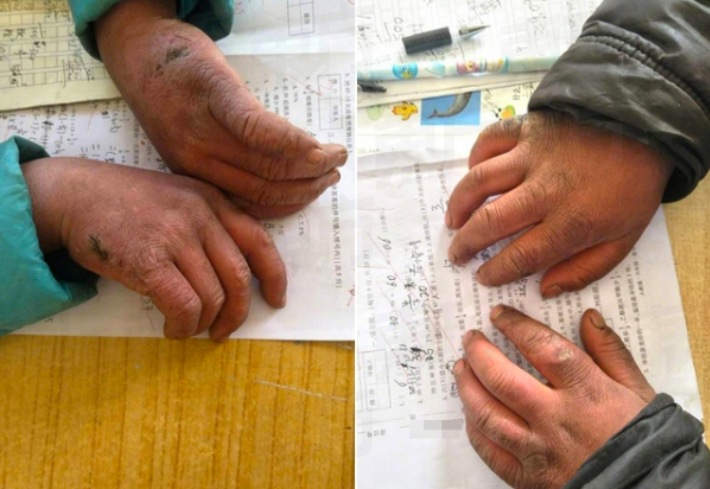 Sure, he could have used the climate as an excuse to skip school, but he didn’t. It was reported that Wang had to go to school because he wanted to get the free meal provided by the school, which is typically a bun or biscuits.

Also, the headmaster revealed that Wang takes his study very seriously and there was an exam that day. 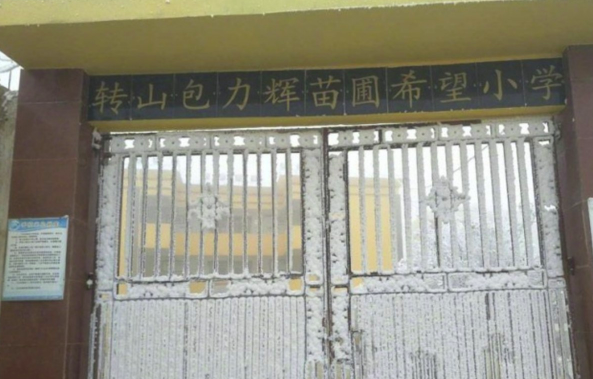 Wang is a ‘left-behind child’, a phrase used to describe poor children living in rural areas while their parents work in the cities. It was understood that he lives with his older sister and grandmother, and they only eat vegetables as meat is too expensive.

After his pictures went viral on social media, millions of netizens poured in their heartfelt sympathy for the child.

“Left-behind children are all on their own as they have no parents to fend for them,” a netizen said.

“What you’re suffering now will light up the road of your future,” another netizen said.

This heart-wrenching incident had garnered the local authorities’ attention and a programme was soon launched by an organisation to provide winter clothes to Wang and other deprived children in the area.

We wish Wang all the best in his examinations and life, and we have no doubt that this kid is certainly going somewhere in the future. 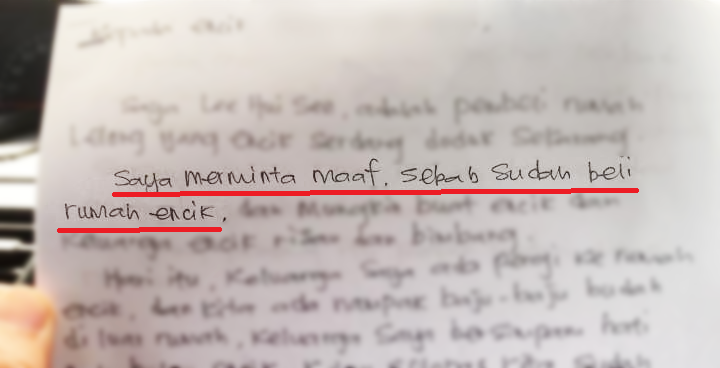