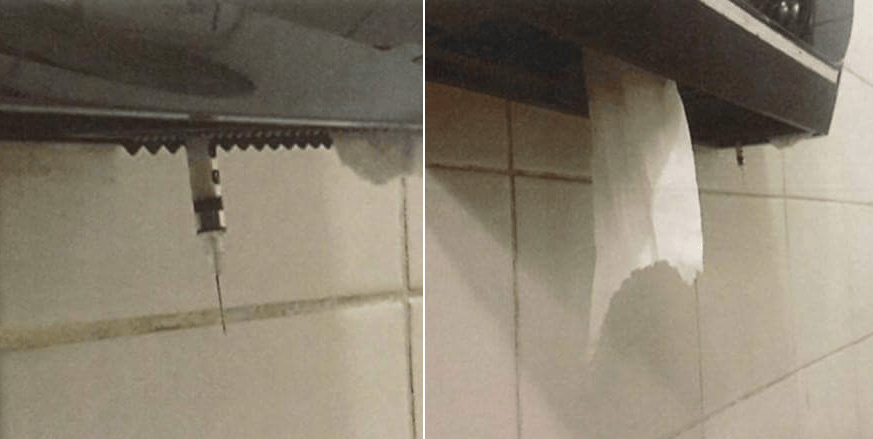 Images of a ‘Needle Stick Trap’ have surfaced online, showing clearly how a syringe is placed in a toilet roll dispenser. What’s appalling is that the syringe is clearly positioned to hurt anyone who tries use tissue paper.

Apparently the pictures were taken in Australia where these needles were found in Sydney Airport toilet. 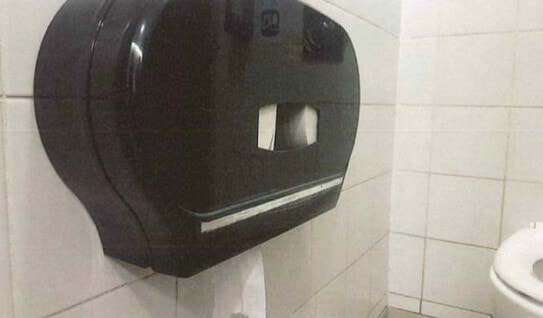 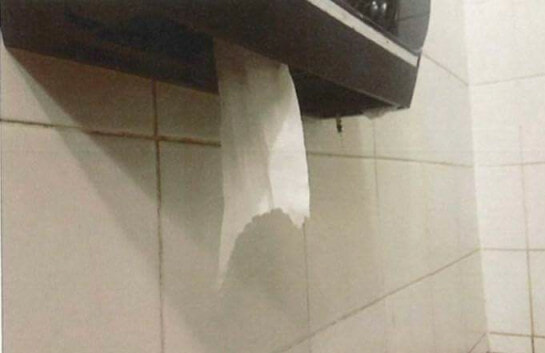 These images were posted up by Facebook user Julie, where she captioned “Please see the pictures below of a ‘needle stick trap’ set up in a Sydney Airport Toilet.

The syringe is set up inconspicuously along the rim of toilet paper dispensers.

So far the intentions behind such sick ‘pranks’ are unclear. However, people feared the worst, speculating that this syringe might be tainted with HIV blood at its needle.

Netizens who saw her post were caught in shock, unable to believe their eyes at the disturbing set-up.

“We got people leaving needles in the streets in New York. Kids see them and play doctor. One thing leads to another and someone can get injected. From New York to Australia there will always be dumbshits.” One user commented.

“Wtf is wrong with people??!” another wrote.

The legitimacy of the report is unclear but no matter what we must be more wary of our surroundings! Some people just want to watch the world burn.