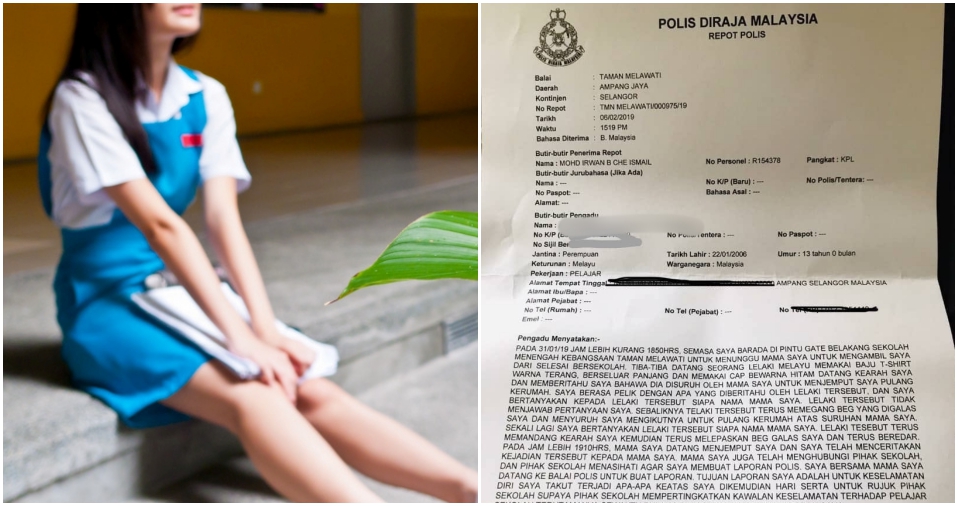 A 13-year-old girl waiting for her mother to pick her up after school in Taman Melawati managed to escape being kidnapped.

A viral tweet showing a police report filed by the victim reveals the details of the case.

Please be careful!! Happened to my 13 years old cousin recently. She was waiting for my aunt to picked her up from school. SMK Taman Melawati pic.twitter.com/kd5KmPcfn2

The student from SMK Taman Melawati was waiting at the back entrance of the school for her mother to pick her up after school.

At around 6:50 PM, a Malay Male wearing a bright t-shirt, long pants and a black cap came towards her and told her he was asked by her mother to bring her home.

She felt odd about the situation and asked him what her mother’s name is. He couldn’t respond. He immediately grabbed her backpack and ordered her to follow him home under the instruction of her mother.

Again, she asked him what her mother’s name is. The man looked right at her and let go of her bag and walked away.

At 7:10 PM, her mother arrived, and she told her everything. After her mother informed the school, they advised her to make a police report.

The reason she made the report is that she’s afraid of her safety in the future. At the same time, she hopes the school can increase security especially during the hours where students are picked up and dropped off.

PDRM reveals that every day, 4 children go missing in Malaysia. Although the majority of cases occur not because of kidnap but children running away from home, we frequently see news of abduction or attempted abduction in Malaysia.

Last year, a 4-year-old girl almost got kidnapped at an AEON in Kepong. In 2016, 12 suspects were arrested for kidnapping a 17-year-old boy in Penang.

Asst Comm Ong Chin Lan of the Royal Malaysian Police Sexual, Women and Child Investigation (D11) division advises parents not to turn to social media first if a child kidnapping does occur. She tells The Star,

“If there is a possibility of kidnapping, don’t blast (it out), lodge a police report first.

“Once you make it viral, the kidnappers will realise it is dangerous to contact the family and might give up and kill the child.”

At the same time, it’s important to educate children on how to respond to dangerous situations. The 13-year-old girl who made the report above was cautious enough to verify the identity of the adult. If she was not so careful things might have turned out very differently.

Also Read: M’sian Police Reveals That On Average, 4 Children Go Missing Every Day in Our Country 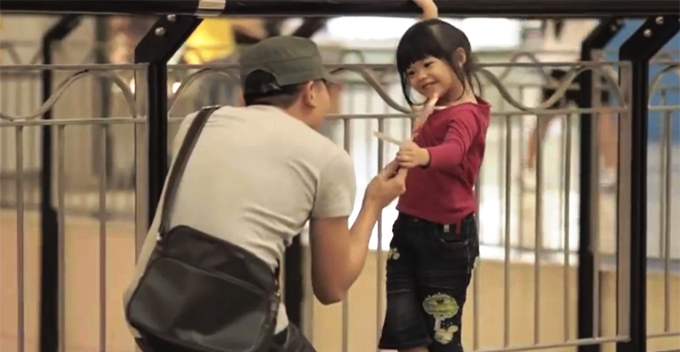