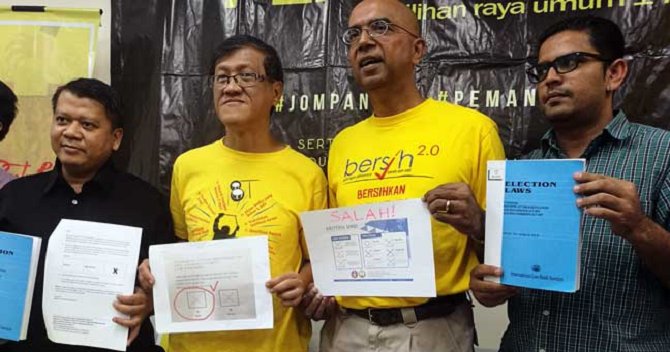 We’ve been told by many people that when voting, we should put an ‘X’ mark on the right side of the ballot for our preferred candidate, right? However, according to one of Bersih’s committee members, Mandeep Singh, there is more than one way to cast a valid vote, reported FMT.

Mandeep, who recently attended the PACA (Polling and Counting Agents) training, learnt that there are actually 39 ways to cast a legit vote! 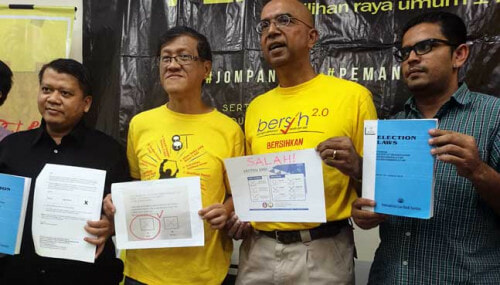 “The information isn’t available on their website. We only got this when we attended the Paca (polling and counting agents) training at the EC.”

“Only those who attended the training by EC have this information.”

“What is more worrying is whether all the volunteers and EC workers are aware of all these 39 valid methods of marking a ballot paper.”

“If they are unaware, they may interpret these other methods as spoilt votes,” said Mandeep.

Well, it’s true because if we’re not aware of this information, our votes could be interpreted wrongly. Thus, to educate ourselves, here are eight indicators that signify a valid vote.

1. Different clear markings on the right side of the ballot

Marks of any shape are ACCEPTABLE but it must be marked clearly on the preferred candidate’s column. Below are some examples: 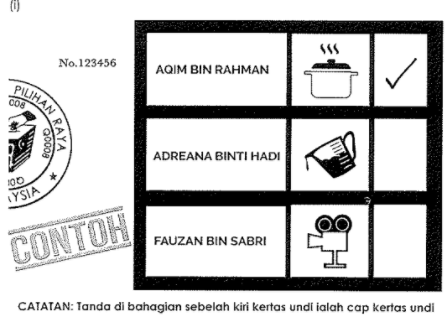 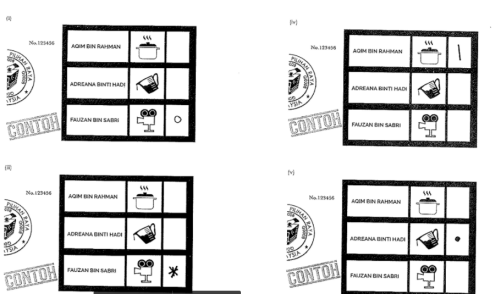 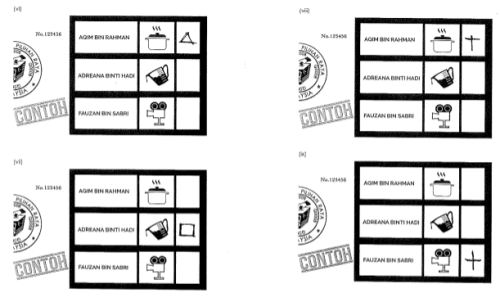 2. Marking on the candidate’s name 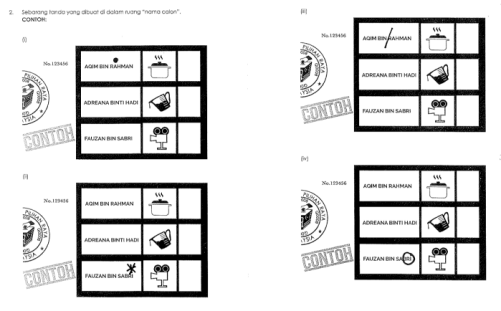 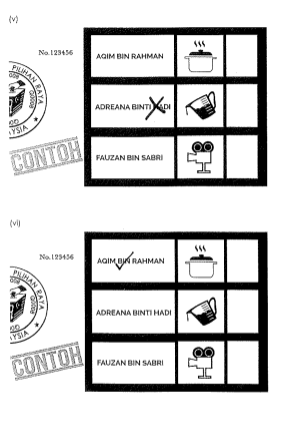 Remember, too many unnecessary markings will spoil your precious vote!

3. Marking on the preferred party’s symbol

It’s acceptable to mark on ONE party’s symbol too, as long as multiple symbols are not included. You can refer to these examples below for a clearer idea: 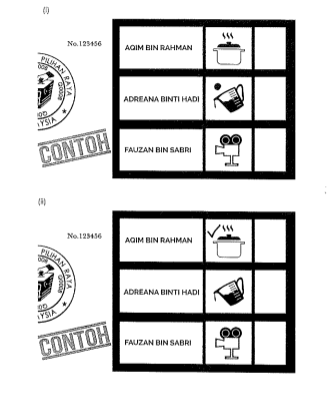 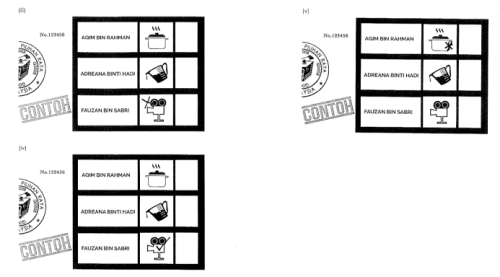 4. Making a mark more than once but in the same row of the preferred candidate

This is a tricky one!

You can apparently mark more than one time on your ballot but it must be in the same row of your preferred candidate, just like the ballots below: 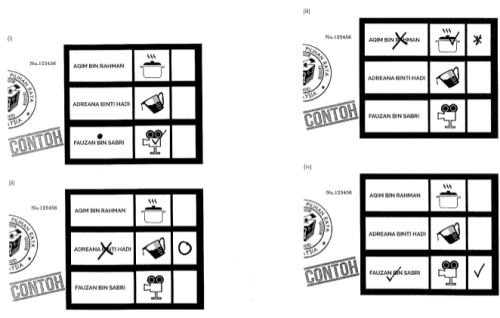 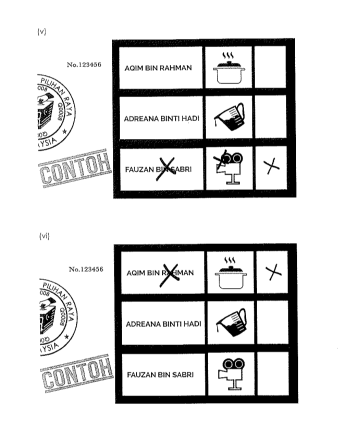 However, you cannot mark more than once in different rows because then your vote will be immediately rejected.

5. One or more markings in the same box

Whether the marks are on the party’s symbol, the candidate’s name or the empty space on the right, it must be in the same box, as per ballots below: 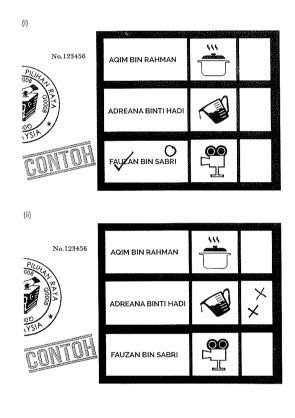 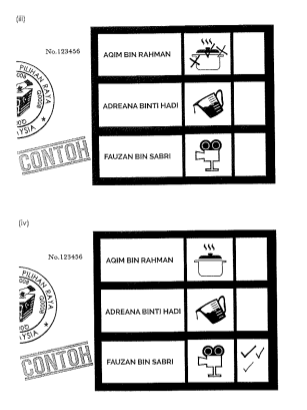 6. Marking outside the space of the preferred candidate but not touching a different box

If your mark has gone a little out of the box but it doesn’t touch a different box, then your voting ballot is still valid. Take a look at some of the examples below: 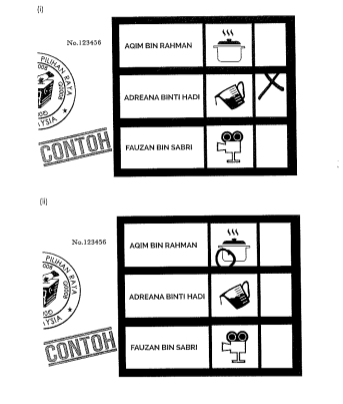 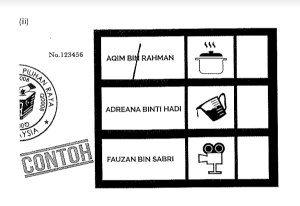 However, if you’re not satisfied with the ballot, don’t be afraid to ask for another!

7. Ballot paper that is torn but does not affect the details in it

Don’t panic if the ballot is torn! Check if the torn part affects the details in it. If it does not, then your vote is safe. 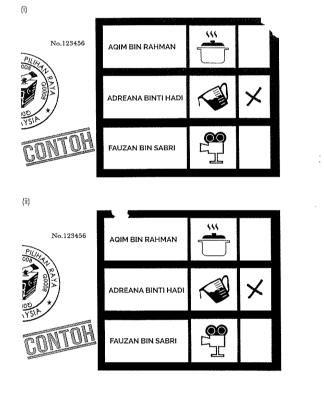 Again, if you’re not satisfied with it, you can still ask for a new ballot.

8. Fingerprint marking that was dipped with indelible ink

This last one is highly unlikely to happen, but let’s say it does, then do remember that your vote is still valid so long as you clearly mark your preferred candidate, as shown below: 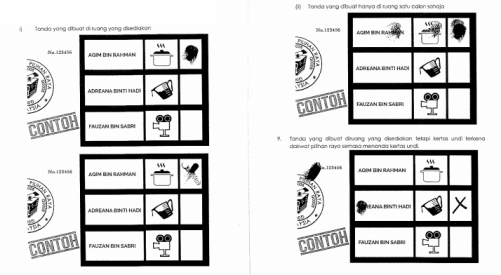 The key point here is basically to clearly state your preferred party and candidate in order for your ballot to be considered a valid vote. Otherwise, if this is not clear, your voting ballot could either turn into ‘undi rosak’ or ‘undi ragu’.

Should your vote fall under the latter category, do note that your vote may still be safe – but this is subject to the polling agents’ decision on whether or not your ballot preference is clearly stated in their eyes.

Still afraid that you might mess up? To be on the safe side, we strongly suggest that you stick to the traditional way of marking the ballot paper.

For more info on these rules, you can visit Bersih’s website or refer here for more info. Make sure to mark your ballot paper properly guys!

Also read: Here’s How You Can Sign Up to Become a Polling and Counting Agent (PACA) For GE14 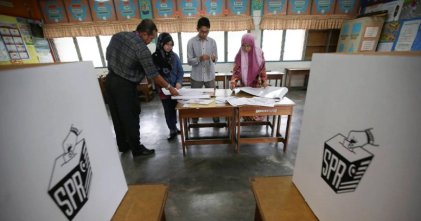