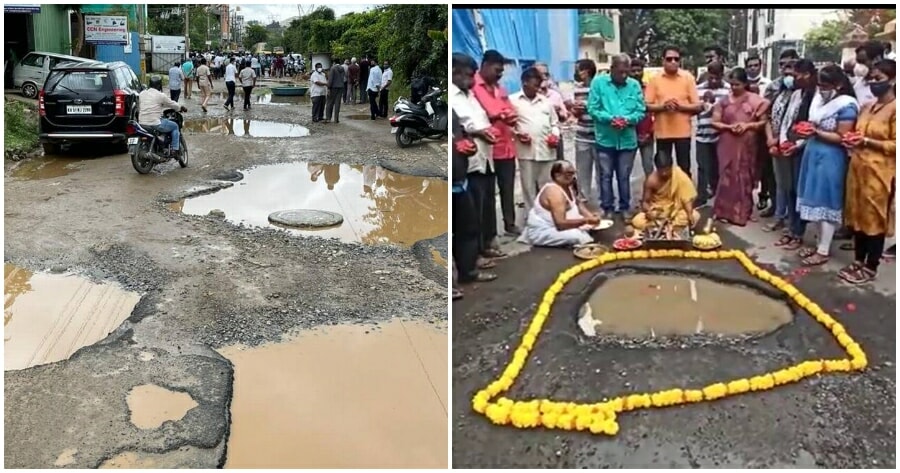 It’s not a shock anymore to see sinkholes and potholes on the roads here in Malaysia. However, seeing potholes is one, getting them fixed is another.

Sick and tired of waiting for potholes to be fixed, residents in Bengaluru, India have taken a much creative initiative to get the attention of authorities. 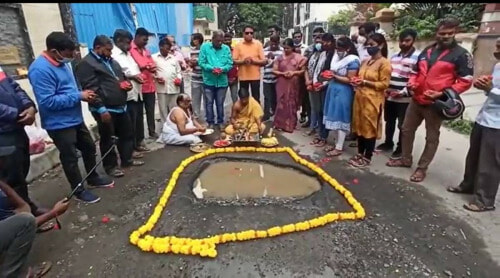 According to The Indian Express, these locals from Bengaluru, India resorted to performing a pothole puja to draw the attention of the authorities. The residents garlanded the potholes with flowers, lit incense sticks and performed rituals.

The puja was attended by 2 priest together with 25 other people to perform the ritual, in which they prayed for no more injuries or lives to be taken.

Besides the puja, they also satirically planted paddy and rode an coracle on the potholes to prove a point! 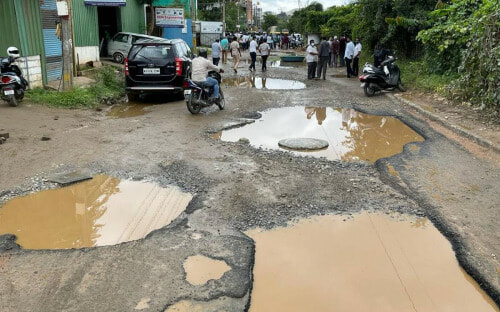 Charles Campbell Road, Bengaluru, India has been a threat to many road users. The situation however got worse with the following recent storms, causing the road’s surface to crack more.

Residents of Bengaluru have conducted many forms of protests before to capture the attention of the authorities as an initiative to fix the road. However, despite all their effort, nothing seems to change as the condition of more than 100 potholes along the road still remains the same.

A resident there explained that asphalt work has been done before. However, as the quality of work was not up to par, there was little to no difference. It was just as bad as not doing anything at all, reported The Indian Express.

Let us know if you enjoyed this as much as we did! 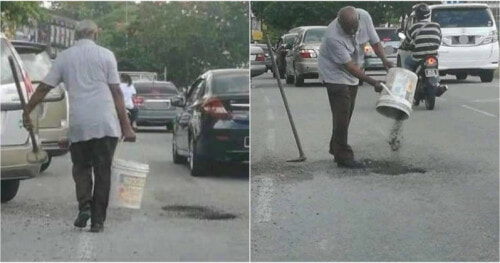