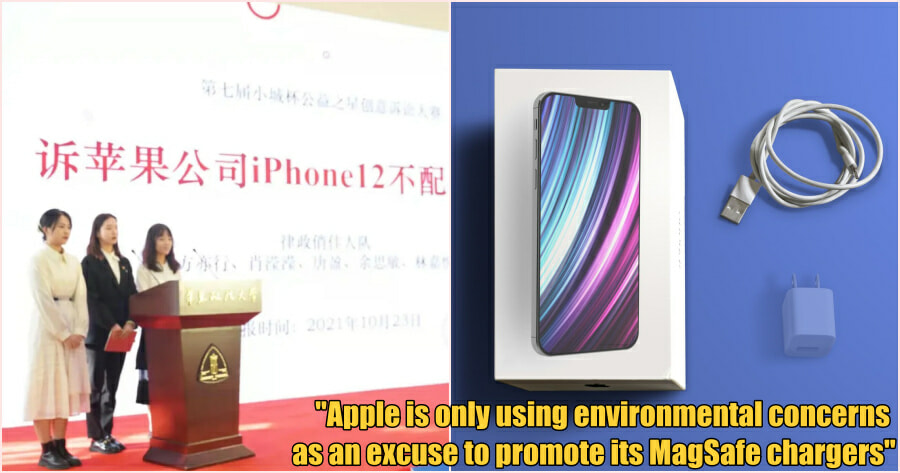 The iPhone 12 was undoubtedly the pioneer in the introduction of mobile phones without charging power adapters with other brands soon following suit.

The company had stopped shipping its new iPhones with power adapters or earphones since 2020 and justified it as a way of reducing their carbon emissions and the use of precious materials, given that consumers already owned too many adapters.

However, some think that it is not a good enough excuse. According to the Shanghai Law Journal, a group of Chinese university students have filed a lawsuit against Apple, demanding that the company provide a charger for an iPhone they bought. 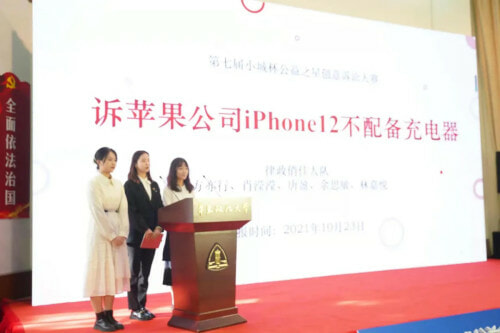 The students from Beijing and Shanghai sought to challenge the argument in court and demanded Apple provide a wall charger for an iPhone 12 Pro Max purchased by one student, pay US$16 (RM66)  for breach of contract, and cover the legal fees.

During an online hearing at the Beijing Internet Court, the student argued that the USB-C to Lightning cable that came in the iPhone 12 box was not compatible with other chargers in the market.

Therefore, they were not able to charge the phone as advertised on Apple’s website, the plaintiffs said.

On the other hand, a representative of Apple said that it was common for phone makers to sell smartphones and charging adapters separately.

However the students argued that several Chinese phone makers were offering packages with and without adapters for consumers to choose from. 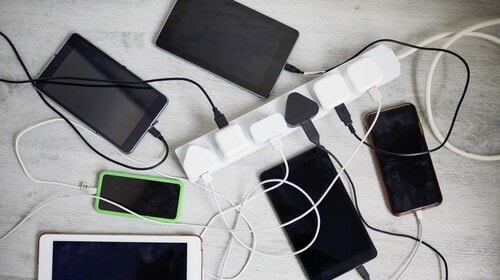 The plaintiffs also allegedly argued that Apple was only using environmental concerns as an excuse to promote its MagSafe chargers, since wireless chargers waste more energy than wired chargers.

The two parties are in the process of supplying the court with additional evidence. The case was presented at a competition for public interest lawsuits this month.

The lawsuit has seen support and encouragement from internet users all over the world who admired the students for standing up for consumers’ interests.

Some said they had been forced to purchase new chargers and adapters when upgrading to an iPhone 12, whilst others worried that Apple would pass the costs on to consumers if it was asked to give out free adapters. 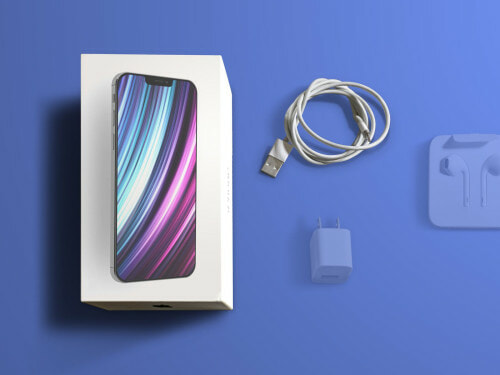 Meanwhile, other countries have also expressed their displeasure over Apple’s decision to sell iPhones without chargers. Earlier this year, Brazil’s consumer protection agency imposed a nearly US$2 million (RM8.28 million) fine on Apple for selling its iPhone 12 series without chargers.

In Europe, the European Union is proposing a regulation to have a common USB-C charging port for all smartphones to reduce waste and protect consumer interests. Apple has warned that the move could stifle innovation.

Do you agree with the students? Let us know in the comments.