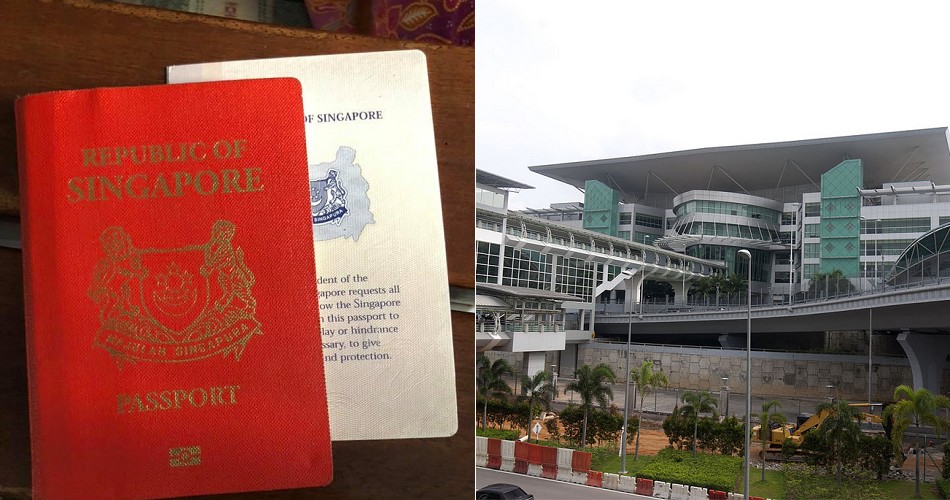 This isn’t how an immigration officer should handle a person trying to cross the border with proper papers!

Mothership reported that a Malaysian immigration officer allegedly tore a Singaporean man’s passport and threatened to arrest him at the Malaysian border.

Muhammad Nuruzzaman took to Facebook to lament about the unfortunate incident which happened to him. According to him, he was driving from Singapore to Malaysia and before he stopped at our border, he had cleared the Singaporean customs.

Upon reaching our border, he immediately produced his biometric photo ID and passport for scanning. His passport was still intact when he gave it to the female officer but when he turned around to check on it, she actually tore his passport right in front of him. 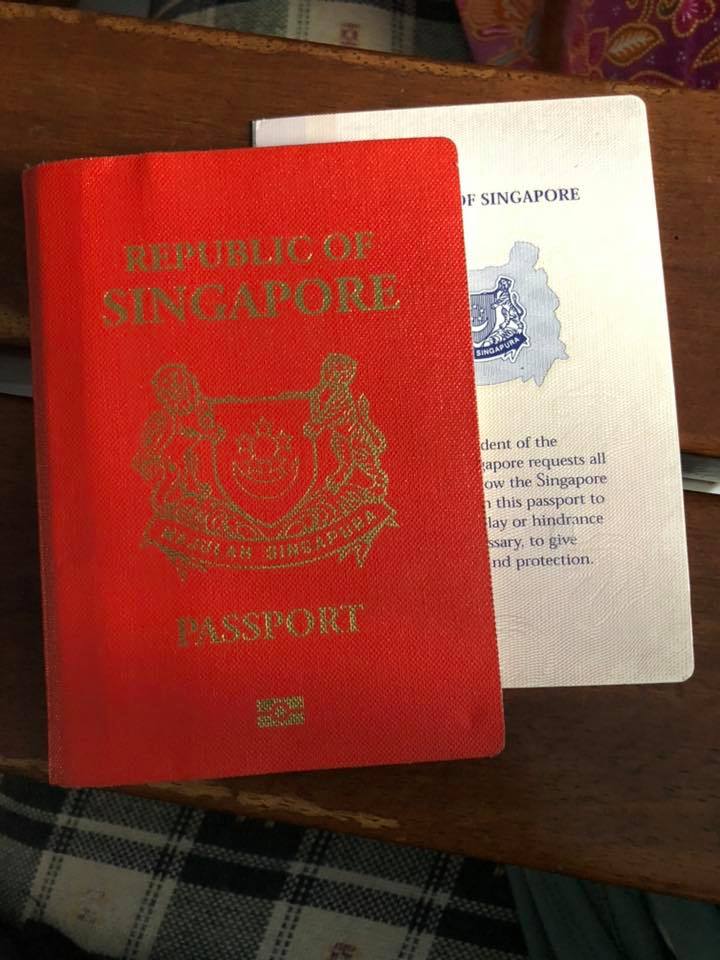 “I opened up to the biometric photo ID page for the person to scan my passport in the foreign country and my passport was still intact.”

He then told the officer that if his passport was really torn prior, he couldn’t have passed the Singaporean customs. True that. 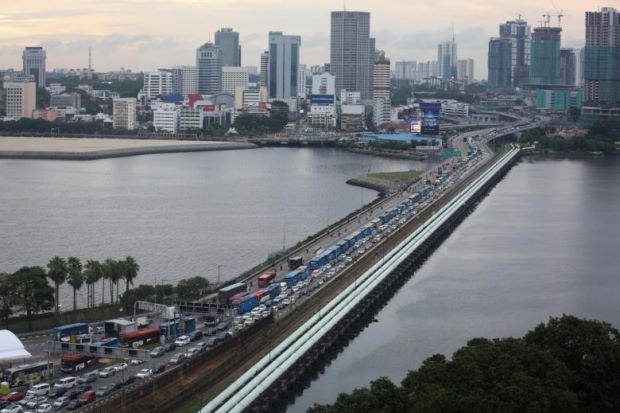 Nevertheless, the officer refused to listen to him and brought him to an office. She sat him down at the office for hours without providing any sort of clarification for the situation. After several hours, she called the cops on him and they were prepared to arrest him.

“Cops were called over and they were ready to arrest me. They also wanted to confiscate my car and they said that I was entering their country with falsified documentations.”

The poor man then requested to go back to his country because this is “a case of NTL”. He also did not forget to mention to them that his passport was torn by a Malaysian officer but they refused to believe him.

FYI, NTL is a Not To Land Notice that comes under Section 8 of the Immigration Act 1959/63. 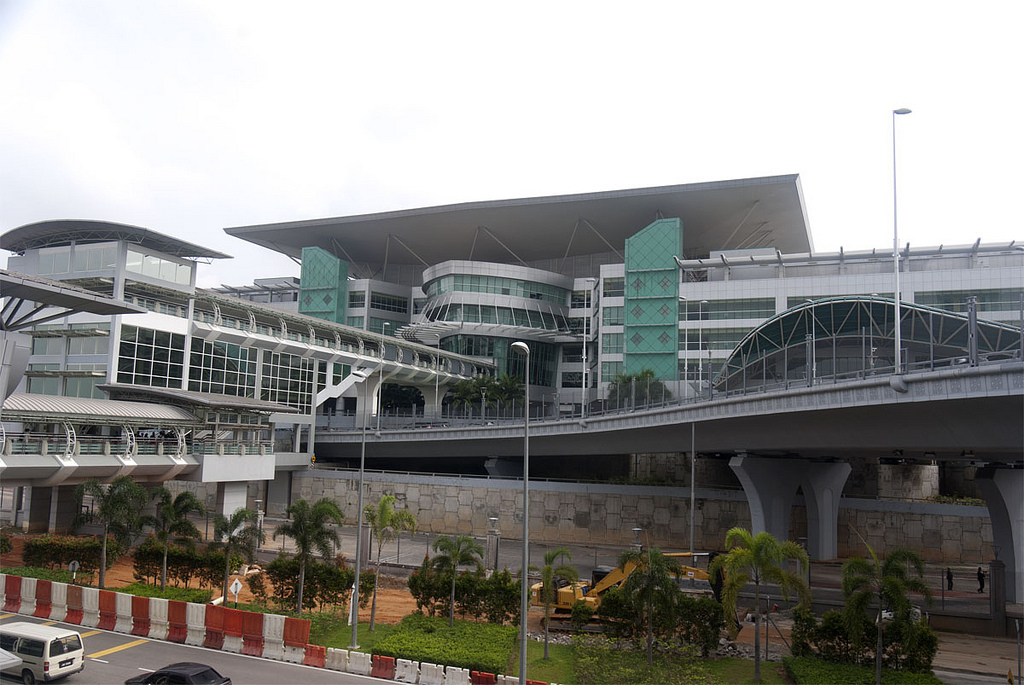 Thankfully, his colleague came to his rescue and managed to call the Singapore embassy and got on the phone with one of the officers. Finally, hours later, the Malaysian authorities allowed him to go after much hesitation. Thank goodness.

Earlier in his post, he explained that he posted his story on Facebook to warn his fellow followers about issues like this that could happen. He specifically advised people to be extra careful if they are travelling via car into a different country.

It’s horrible that he had to go through this situation. We hope that the officer who allegedly tore his passport will be investigated and given the appropriate punishment if she’s indeed found guilty. Hopefully, no more cases like this will surface again because this is clearly not the first time we’ve heard of this incident. 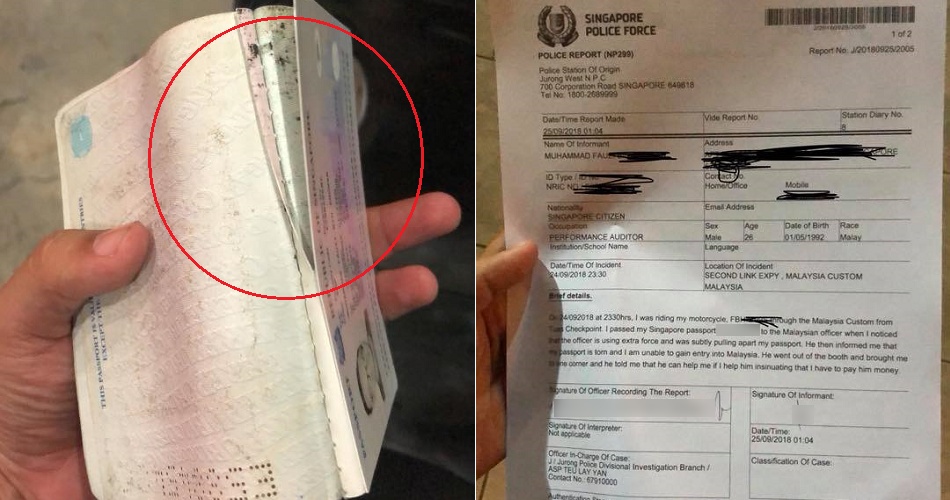