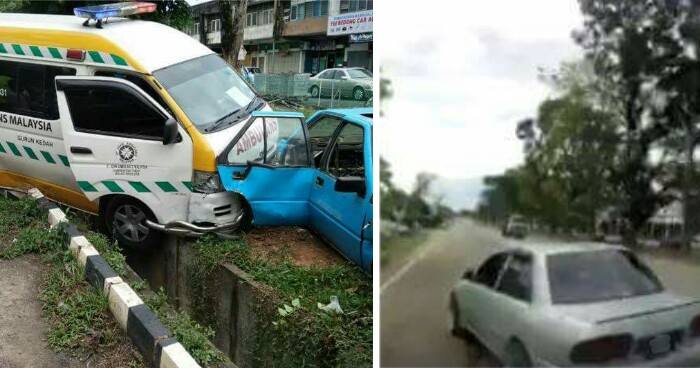 Many Malaysians today are known for having ‘Kopi-O License’. Which means, the license that these people have are all attained through bribery. What’s new, Malaysia?

So, it’s no surprise that there are more and more reckless drivers prevalent in this country.

Just recently, one driver was slammed on the internet for reckless driving after the person made a dangerous switch of lanes which caused an accident with an ambulance.

The incident took place in Sungai Petani, Kedah, at about 11AM on January 21, 2017, China Press reported.

There was only one person was in the grey Proton Wira while there was an emergency personnel and two accident victims in the ambulance. The Wira driver was reportedly a lady driver.

The ambulance was speeding on a straight road when the Wira turned onto the main road from a small junction on the right. However, the Wira driver recklessly switched to the left lane right after turning out from the junction, causing the ambulance to ram right into it. 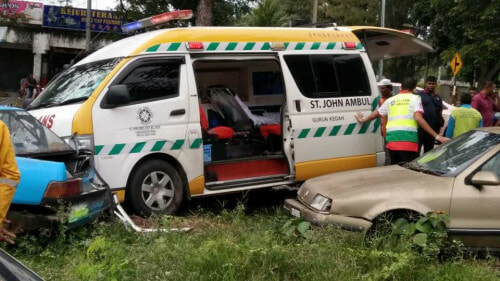 Several other ambulances soon arrived at the scene to help the victims. No casualties were reported, and both the Wira driver and Ambulance personnel were not injured.

Kedah police warned that any vehicles which hadn’t give way to emergency vehicles can and will be persecuted. 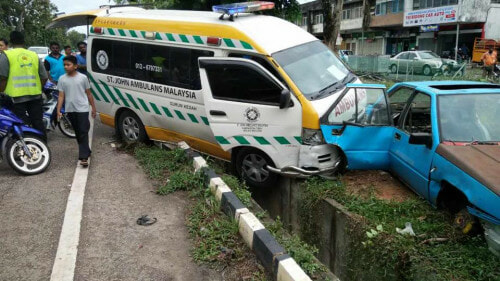 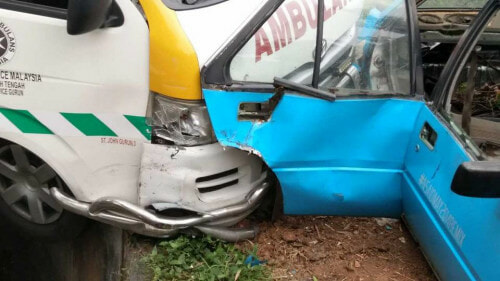 Anson Teoh posted a video and three pictures of the accident onto his Facebook which went viral. Many netizens were outraged at the Wira driver’s recklessness.

“She has inconvenienced thousands of lives. St. John ambulances are very active and extremely needed.” one wrote.

However, there were several netizens who tried to reason it out with one netizen explaining that the driver could’ve panicked and switched lanes dangerously like that to give way to the emergency vehicle.

“She expected the ambulance to drive in the middle, so she went to the side. But still, kababoom,” said the netizen.

Regardless of who’s at fault, always be aware of your surrounding!