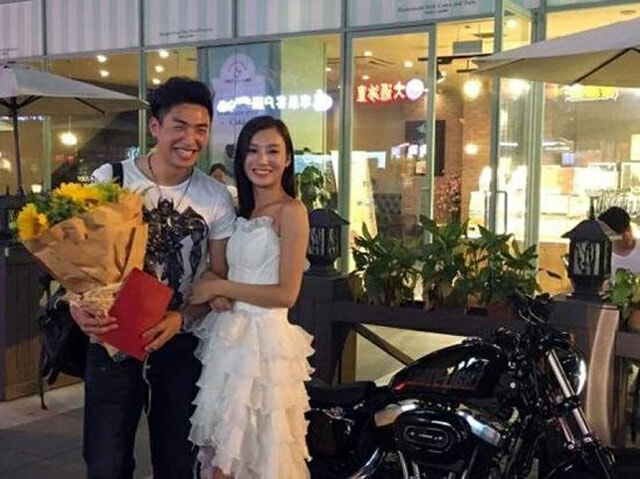 One woman in China has completely turned the tables of tradition by proposing to her boyfriend.

But that’s not the only unconventional (and badass) thing that she did: she apparently rode up to her boyfriend with a Harley Davidson!

The woman, who hails from Chengdu, got down on one knee and proposed to her lucky lover, yelling, “I finally earned enough money for your beloved Harley! Marry me! I will put your name on the property deed!” according to NetEase.

Gobsmacked was one such word to describe her partner, who apparently was so shocked, all he could do was simply nod in agreement to the marriage.

Now this is the start of one heck of an awesome marriage!

The woman had just returned to China after studying abroad, so she hadn’t seen her now-fiance for some time.

Speaking on reversing gender-roles, she said, “Proposing isn’t the man’s job. Why should women wait around for the man to propose?”

“I want to be more progressive. If you like someone, go for it. Time is not an issue; live life to the fullest.”

Netizens alike shared their jaw-dropping awe for the lady and some expressed their envy towards the man for ‘catching’ such a gem.

“Not only is she pretty, but she is assertive to get what she wants as well.. on top of being able to afford the boyfriend a bike and property in his name. He is one very lucky fellow!” a user commented.

“OMG, where did you find such a wonderful lady like that? Please tell me.” another wrote.