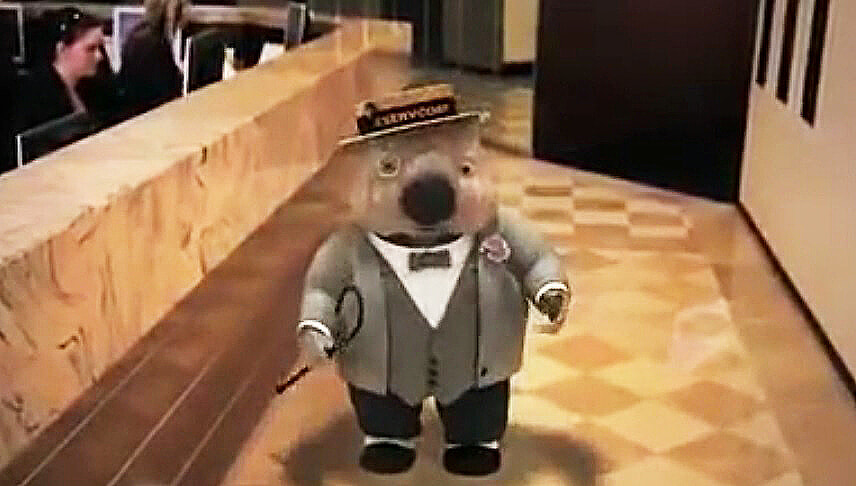 An Australian company, Servcorp recently retracted their advertisement featuring their wombat mascot because some Muslims mistakenly took it as a pig. 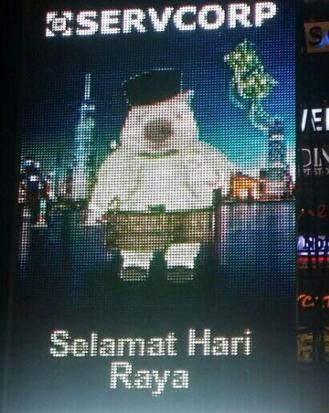 The cartoon mascot is shown to be dressed up in songkok and sarung to commemorate the festive season of Raya.

The misunderstanding was circulated in social media which caused some Muslims to be offended and upset as the post described the ad as a “pig wearing a songkok and baju Melayu while accompanied by a Selamat Hari Raya greeting”.

Mayor Datuk Ahmad Phesal Talib said, “An irresponsible person perceived it as a pig and spread false rumours on the Internet which led to the public misconception,” after confirming that the ad was temporarily removed while DBKL tries to contact the Australian company.

Wombats are short-legged, muscular quadrupedal marsupials native to Australia and are about 1 m (40 in) in length, with small, stubby tails. They are adaptable and habitat tolerant, and are found in forested, mountainous, and heathland areas of south-eastern Australia, including Tasmania, as well as an isolated patch of about 300 ha (740 acres) in Epping Forest National Park in central Queensland.

Here’s a corporate video posted by Servcorp where you can see its super adorable mascot.