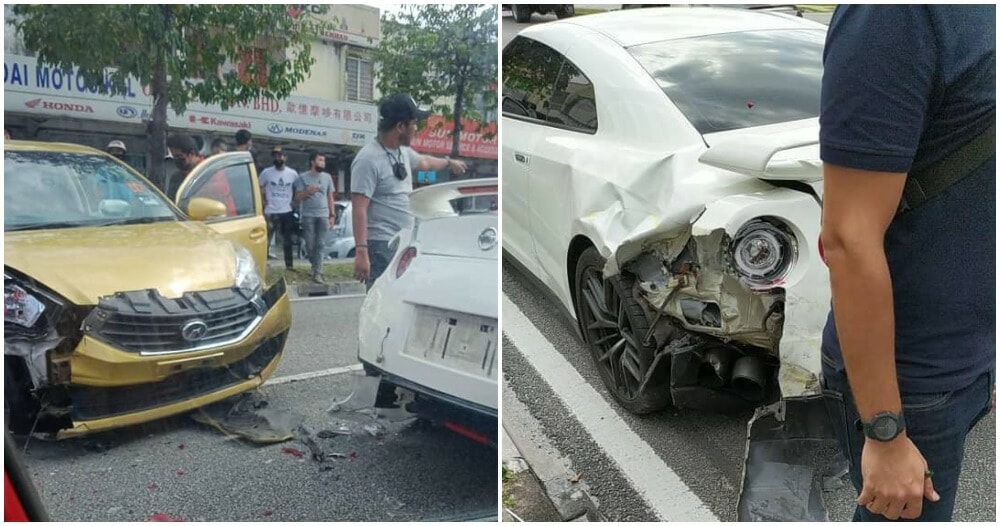 We Malaysians are always amused when we see how “powerful” a Myvi is as compared to other cars.

However, this recent accident that happened on Jalan Genting Klang on 26 January has shown us another strength that the Myvi possesses. 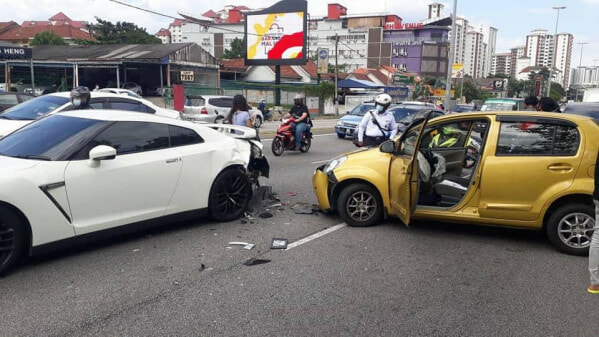 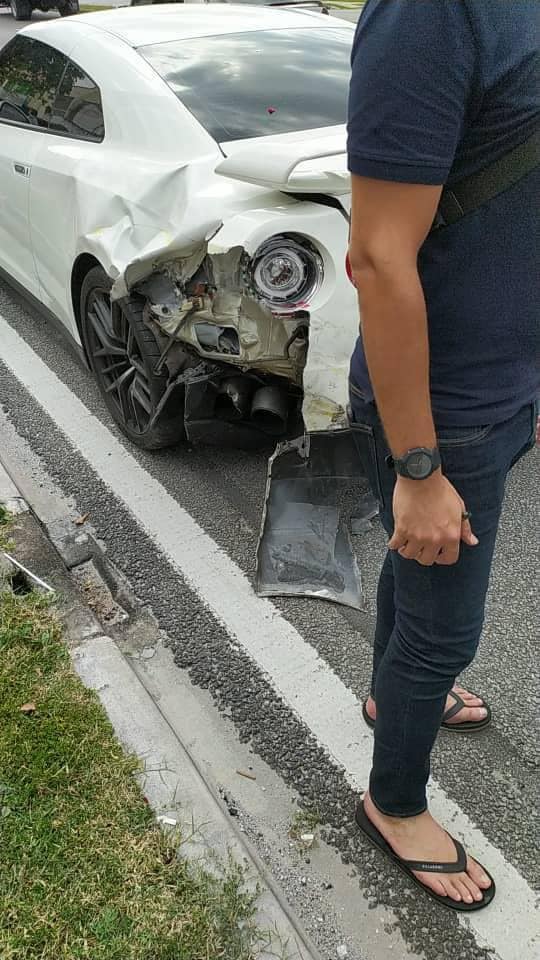 Info Roadblock JPJ/Polis reports that the accident happened in the late afternoon at about 4pm. According to the pictures, we can see that there were only two cars involved in this incident which are, a Myvi and a Nissan GTR R35 which is priced between RM450,000 to RM550,000 according to MotorTrader.

The GTR was hit from the back by the gold Myvi and the damage on the GTR is quite evident with one whole chunk of the back coming out while the Myvi suffered a broken front bumper which seems to be still semi-attached with damage to the sides. 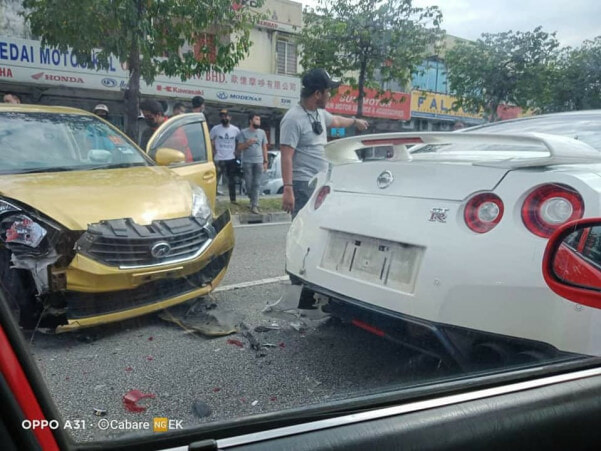 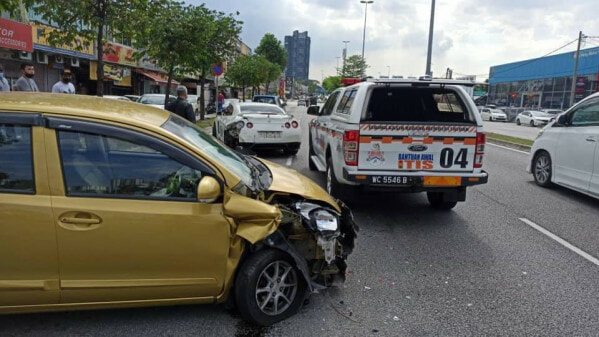 Netizens in the comments section were amused and have said that the Myvi driver will have to pay a lot for the repairs.

The insurance company is crying.

Hit a GTR and your salary for the next 6 months are gone.

Other than that, many other netizens were “giving advice”.

Next time the king (Myvi) highbeams you, please give way.

We certainly hope that no one was injured in this accident! 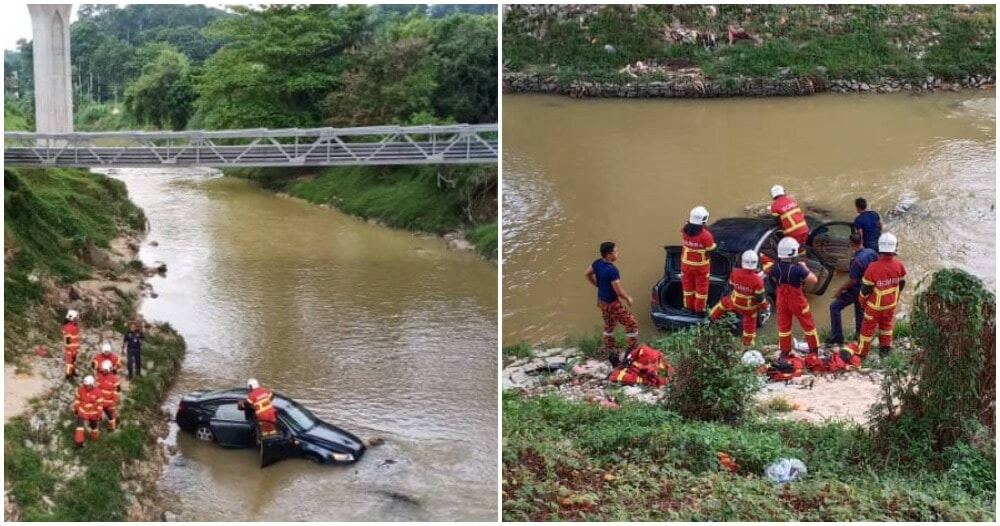