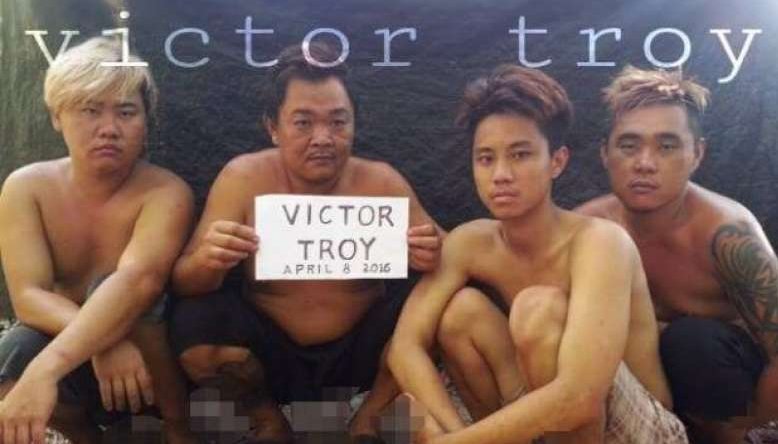 Abu Sayyaf terrorists who had recently released 4 Malaysian sailors which were kidnapped off Sabah last April are now claiming they have been short-changed of RM3 million in their demanded ransom payment, The Manila Times reported.

“The missing amount raised suspicions the rebels may be in cahoots with government officials from Malaysia and the Philippines who may have shared the money among themselves,” said the report.

According to two “highly placed sources” in the Philippines government, the southern Philippine militants were angry they had only received 100 million pesos (RM8.8 million) instead of about 130 million pesos (RM12 million), the reported amount raised by the hostages’ kin and friends to secure their release.

What exactly transpired to convince Abu Sayyaf to release the four men remains unclear, as well as where the RM12 million raised by the former hostages’ families went.

Malaysian government authorities have repeatedly denied paying ransom to the rebel group, but have given contradictory reports over how the kidnapping was handled.

Deputy Prime Minister Datuk Seri Ahmad Zahid Hamidi acknowledged that the Special Branch police had received the money raised by the families, and had given it to certain Philippine agencies, but named no organisations in his explanation.

Inspector-General of Police Tan Sri Khalid Abu Bakar claims a different story: that the police never received the money but was instead handed directly to an unknown “third party” that helped negotiate the release of the 4 hostages.

The contradictory claims are confusing Malaysians and raised many suspicions as a whopping RM3 million is now missing.

“It’s now a burning issue in Malaysia. The ransom payment is already one of their headlines but, surprisingly, it has yet to reach the Philippine media’s attention. We got information that the ASG was incensed after learning from news reports that the money was actually RM12 million, equivalent to P130 million but that only P100 million reached them.”

“The question is, where did the missing money go?” one of the senior officials were quoted as saying.

ASG is the abbreviation for Abu Sayyaf Group, popularly used in Philippine media.

The source also told the report information received, saying that a Philippine government official in the Sulu province was involved in the negotiations.

“It is common knowledge in Malaysia that usually P30 million (RM2.63 million) is paid as ransom for any number of Malaysian victims in the past. The P130 million (RM11.3 million) by far is the highest,” it quoted their anonymous source.

IGP Tan Sri Khalid Abu Bakar recently came forward and said that there will be no investigations on the RM12 million raised for the ransom payment.

“Why must we open an enquiry about it now? I have already explained what happened to the cash. There is no reason for us to conduct any enquiry as we were not involved,” he told reporters at the national police headquarters in Bukit Aman.

“I do not know, but police will not investigate because we know where the money went and I have already explained it.”

“So I am not going to go back-and-forth on something which I have already explained,” he added

Brothers Wong Teck Kang, 31, and Teck Chii, 29, their cousin Lau Jung Hien, and an unrelated friend Wong Hung Sing, 34, were kidnapped from a commercial barge, MV Massive 6, in the waters off Pulau Ligitan on April 1 while returning to Tawau, Sabah, after sending a cargo of wood to Manila.

They were freed by Abu Sayyaf gunmen on June 8.