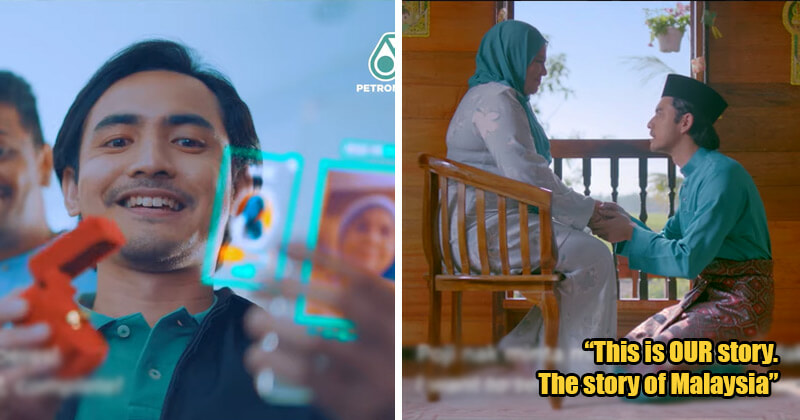 With the chaos and uncertainty that was brought about by the pandemic in 2020, many Malaysians are forced to rethink their life goals and what truly matters to them.

Taking note of this, PETRONAS has decided to shed a light on the perennial struggle of everyday Malaysians from all walks of life as they come face-to-face with their true strengths, fears, and weaknesses.

To do this, PETRONAS has unveiled ‘366’, a seven-episode webfilm drama series directed by award-winning film director Kabir Bhatia, that centres around PETRONAS’ festive theme ‘Live Again’ for the year 2022.

Known for their festive ads that never fail to captivate Malaysian viewers, PETRONAS is going for a more different approach this year by going for a drama series format which they have never done before.

The second episode is centred on Aidilfitri celebrations

Continuing off after the first episode which is centred around Chinese New Year festivities, PETRONAS’ goal is to break the mold of conventional festive storytelling with 366 by encompassing all of the important Malaysian festivities in a year while viewing the struggles of ordinary Malaysians through a more realistic lens. You can watch the first episode ‘Hari Ke-32‘ below:

The second episode of the series is titled Hari Ke-123 (Day 123) and is centred around Poji, a hardworking young man who has returned to his hometown to celebrate Hari Raya while also hoping to propose to his childhood sweetheart, Ayu.

However, upon coming home, his return is riddled with revelations and unexpected adversities as he gets involved in a bus accident and nearly loses his engagement ring as a result.

To complicate matters for Poji, Ayu has decided to join a volunteer programme to aid a village of impoverished orang asli in Rompin. This causes Poji to be torn between two choices: ask for Ayu’s hand in marriage or allow her to fulfil her dreams of helping the needy.

As he faces this series of obstacles, Poji is forced to reconsider his life goals and find the courage to accept the provisions of his destiny.

Just like the previous episode, the second episode ends on a cliffhanger where Poji reunites with Zhi Yi and her new friend Adam, who were both involved in the same bus accident as Poji. Upon meeting Poji, Adam drops a bomb on the other characters with a revelation that further thickens the plot of 366.

“This is OUR story. The story of Malaysia.” 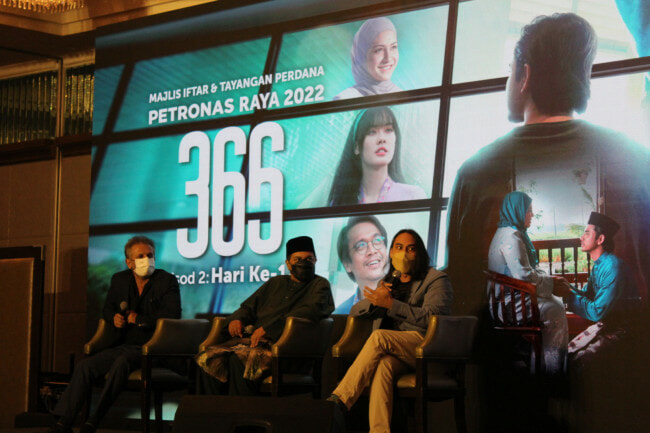 Director Kabir Bhatia said, “This is a story of second chances. It tells a story of Malaysians discovering, embarking, embracing, maybe even throwing away, but ultimately, THRIVING as we cautiously step into a new year and live with new energy and resolve.”

Commenting on the release of the second episode, PETRONAS Senior General Manager of Group Strategic Communications Datin Anita Azrina Abdul Aziz said: “As we reunite with families this Hari Raya, let us acknowledge how far we have come, our courage and the sacrifices we made in the past couple of years.”

The second episode was premiered in a special screening event at the Mandarin Oriental Kuala Lumpur on 26 April 2022 in conjunction with upcoming Aidilfitri celebrations with key crew and cast members in attendance.

PETRONAS revealed that the next episode will be titled ‘Hari Ke-150’ (Day 150) and will centre on Kaamatan celebrations.

The festive occasions covered by each episode of 366 include:

While you wait for more episodes to release, you can catch episode 2 ‘Hari Ke-123’ below:

For more information or to stay up to date on all of PETRONAS’ short films, be sure to follow their official YouTube channel and Facebook page.

How excited are you for the next episode? Let us know in the comments.