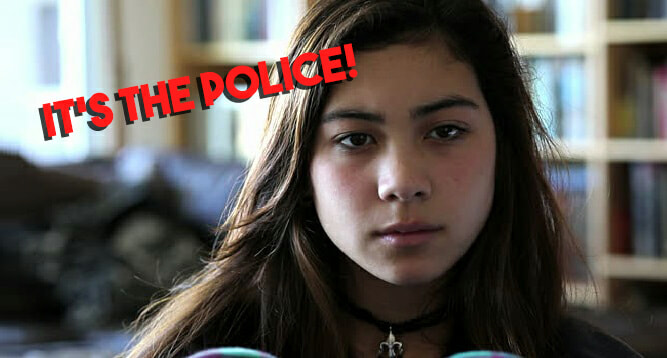 It was about 3 o’clock in the morning. Me and a few friends just finished playing cards at a friend’s house and we were all heading back home.

It was me and my boyfriend in the car. I was the one driving. We literally just passed one road before being pulled over by a police. In fact, I almost passed the police because he was only using a flashlight and didn’t put up the sign “pemeriksaan sedang dijalankan”.

We were not drinking at all previously. So I thought to myself that we’ll be let off in no time, very confident that we have done nothing wrong.

I wind down my window as the police officer came and stood by it. He asked the very standard question “datang dari mana?”

I almost laughed to myself because I was pretty sure he was trying to bust me for drunk driving. Sorry Sir, not today!

He asked me to tunjuk license in which I obliged. Then he asked if this was my car, I said yes. He proceeded to walk to the front part of my car and then asked me to get down of my vehicle. Confused, I did.

He asked me to look at my car and tell him what was wrong with it.

It was my car lights! They were off. (I probably have forgotten turn it on).

He then said, “blah blah blah things that sound macam yes, kesalahan macam ini RM300. I kena issue saman cik faham ye.” He walked back to his police car and pulled out his ticket book while another officer sat inside.

My boyfriend got out of the car and asked the officer again how much was the summons.

It wasn’t 2 minutes since I started the engines. I am not even kidding. So it felt like a harsh punishment. I tried to plea for my mistake to the officer. Even if they insisted on a saman, I was prepared to pay for it because I am not going to give duit kopi for such a petty offense.

“So macam mana nak settle?” he asked. I am not implying anything. He said exactly that but you thinking what I’m thinking?

I didn’t bother about it and diverted the direction by asking if I could just appeal to court anyway. I kept asking him about other alternatives and tried to make it clear to him that I am not going to bring up “settle” no matter what.

After all this talk, the officer only wrote down the words “Kuala Lumpur” on the ticket. He made it as if he wanted to write my details down, because he was holding my license up to it, yet he did not write anything. You know I know la.

After going back and forth awhile with the officer mentioning the RM300 fine and court, and me pleading at the expense of the small mistake, the other officer came out and of car and said that I didn’t have to go on and explain so much, all I had to do was say “Sorry tuan” and they would’ve let me off the hook.

The other officer said that next time I should just apologise instead of wasting their time. I couldn’t remember what else the officer said, and then they let me go. I thanked them tremendously and said I’ll not repeat the same mistake again.

I’m writing this post isn’t because I’m ungrateful that they let me go but if you were there, you could’ve felt the subtle agenda they had.

Now, is ‘not having your headlights’ on really a RM300 penalty?

No. I checked in PDRM and JPJ’s website and AT MOST it would only be RM100. Why the officer said it was at a higher price?

No implication. But I really like this Mr Bean gif.

Here’s a list we’ve compiled. Please take note and educate yourself about the rates. At least you’ll know what the price should be and will be able to defend yourself in a complicated situation in the future.

You’ll be able to see my offense under Kategory Ketiga. 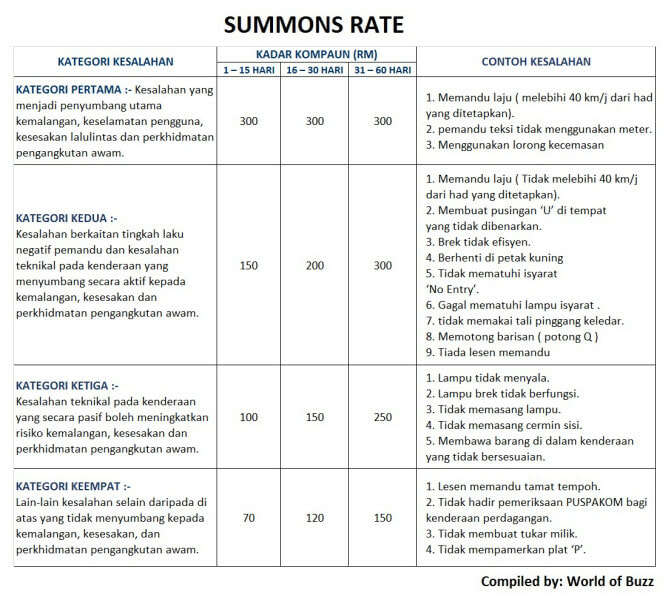 Some Malaysians who couldn’t be bothered about the inconveniencies rather have things settled quick. However, I urge people to stand their ground else not things will only become more rampant.