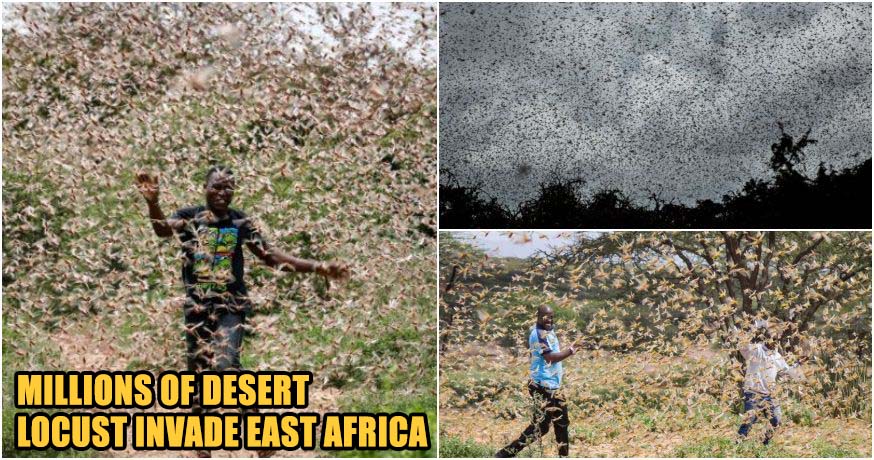 As 2020 ramps up into full swing, we’ve already heard of so many disasters this year – from the Australian bushfires to the Taal volcano, from flash floods and the Wuhan virus outbreak.

Now, for the first time in 70 years, East African nations like Somalia, Ethiopia and Kenya are seeing a huge swarm of the desert locusts destroying local crops like corn, sorghum, and cowpeas.

Kenya as been invade by desert locust
these are the effects of climate change we aren’t ready to deal with.

nor are we ready to mitigate or prevent the unimaginable cruelty that will be done to people fleeing them #ClimateChangeIsReal @AlexandriaV2005 @Earth_Uprising pic.twitter.com/KarTd2iEme

This locust “outbreak”, according to The Guardian and ABC News, is due to climate change affecting breeding conditions, causing the number of insects to grow 500 times before drier weather in June curbs their spread.

Jens Laerke of the UN humanitarian office said that even a small swarm can consume enough food for 35,000 people in a single day. 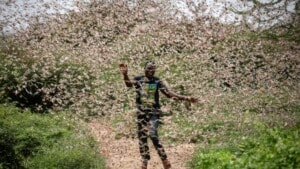 About 70,000 hectares of land in Kenya has already infested and farmers are afraid to let their cattle out grazing. Even the cows are wondering what is going on as they get swarmed by the insects.

“I’m talking about over 20 swarms that we have sprayed. We still have more. And more are coming,” said a migratory pest control specialist with the Ministry of Agriculture, Kipkoech Tale. 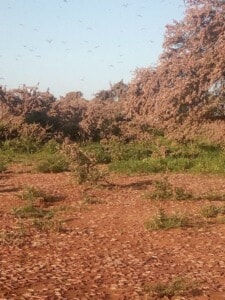 “The locals are really scared because they can consume everything,” deputy director of agriculture county, Francis Kitoo said. “I’ve never seen such a big number.” 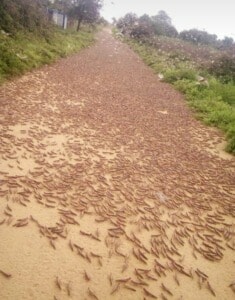 Guleid Artan, from the regional expert group Climate Prediction and Applications Centre (ICPAC), told a press conference in Kenya’s capital, “This could lead to a major food scarcity issue.”

The Eastern African region has only recently recovered from the drought and dangerous flood in Madagascar on 26th January.

According to Al-Jazeera, Kenyans have been seen shooting in the air, banging cans and racing around, waving sticks in desperation to shoo them away as the swarm clouds the sky. 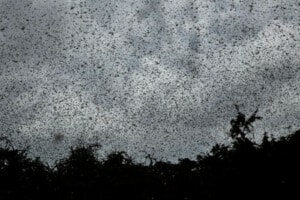 The locusts can cover up to 150km in a single day by migrating with the wind. They are now heading toward Uganda and fragile South Sudan, where almost half the country faces hunger. Uganda has not had such an outbreak since the 1960s and is already on alert. 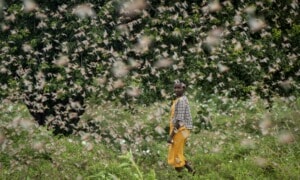 If the locusts are not brought under control by the start of the next planting and rainy season, typically around March, farmers could see their crops fully destroyed. 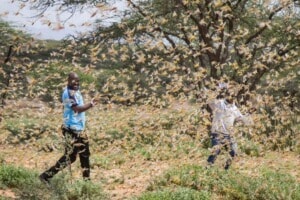 United Nation has warned the desert locusts may spread to the Middle East and South Asia. Although they usually could have just consumed the insects as protein, the number is just too big. 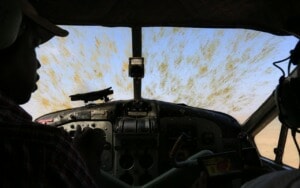 Numerous desert locust swarms have also been breeding in India, Iran and Pakistan since mid-2019 and locust breeding in Egypt, Eritrea, Saudi Arabia, Sudan and Yemen is expected to expand in the coming months. 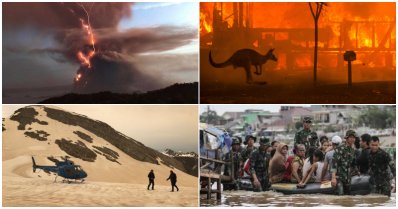