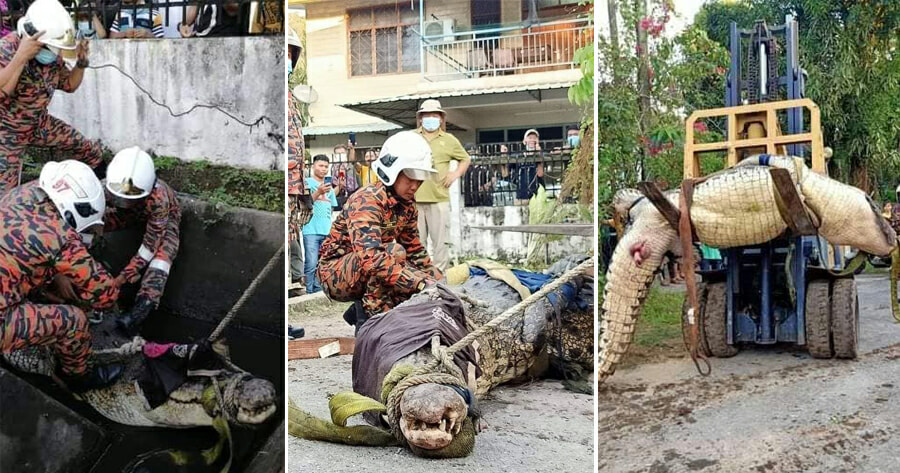 An 800kg crocodile was found stuck in a large monsoon drain at a housing area in Taman Perumahan St Edmund Limbang, Sarawak after being shot and injured by villagers on 10 November.

A spokesman for the Sarawak Fire and Rescue Department (JBPM) Sarawak Operations Center said they received a call from Sarawak Forest Department (JHS) officers to get special services to catch the crocodile at about 11pm.

He said a team from Limbang Fire and Rescue Station (BBP) was rushed to the location upon receiving the call, reported Harian Metro.

“Upon arrival at the location, a large crocodile was found in the drain and it was quite aggressive because it was understood that the reptile was injured after being shot,” he said.

“Our members managed to calm the crocodile after covering his eyes with a cloth before tying it to the edge of the fence.” 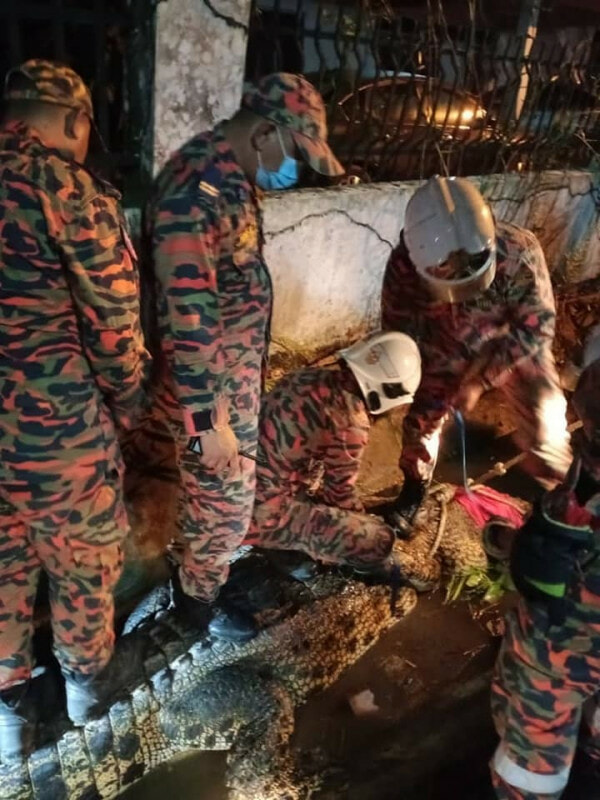 However, the 15-feet-long reptile was so heavy that they had great difficulty getting the crocodile out of the drain and had to wait until the next morning when a forklift was deployed to hoist it out, according to another report by Harian Metro.

“Today, firefighters with the help of Sarawak Forestry Corporation (SFC) went to the location to carry out special services at 8.25 am to remove the crocodile,” BBP said in a statement.

“The fire brigade with the help of seven SFC members took almost an hour to lift the crocodile using a forklift.” 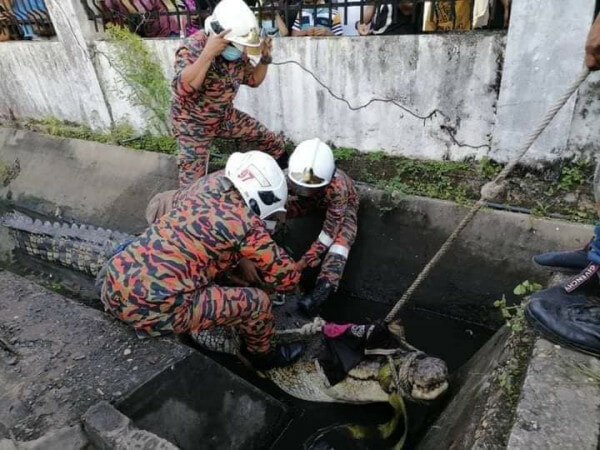 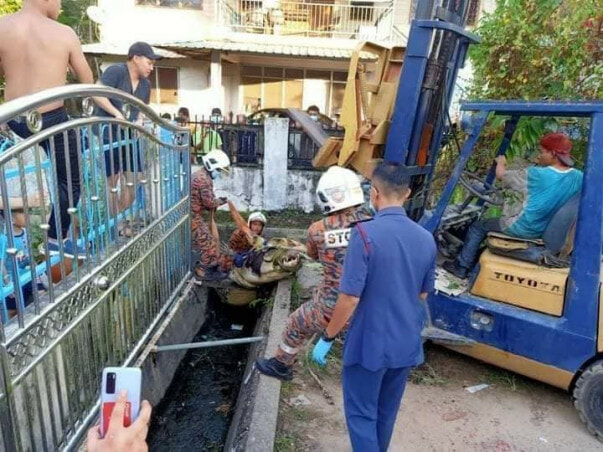 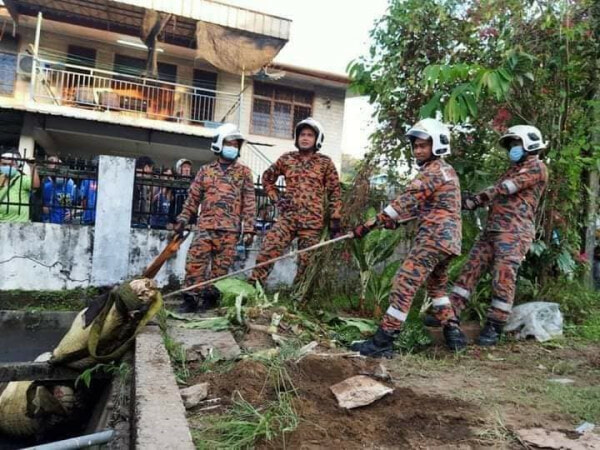 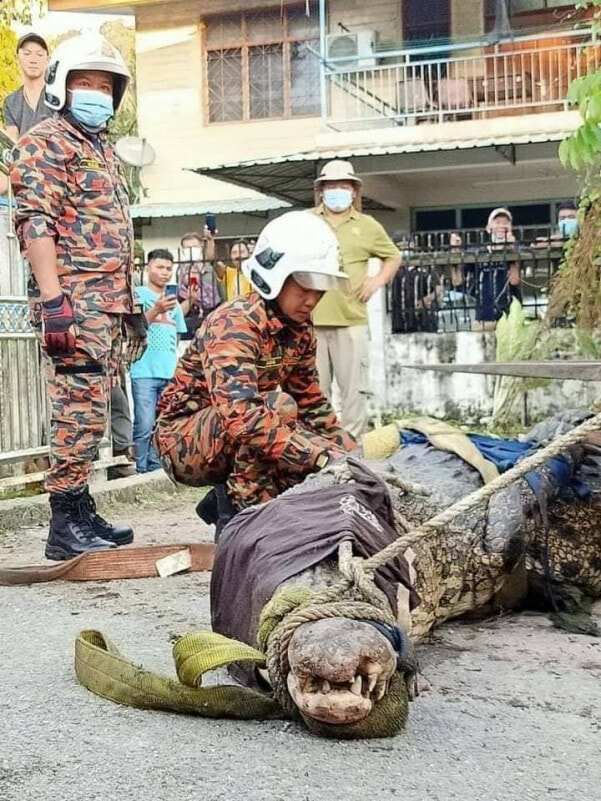 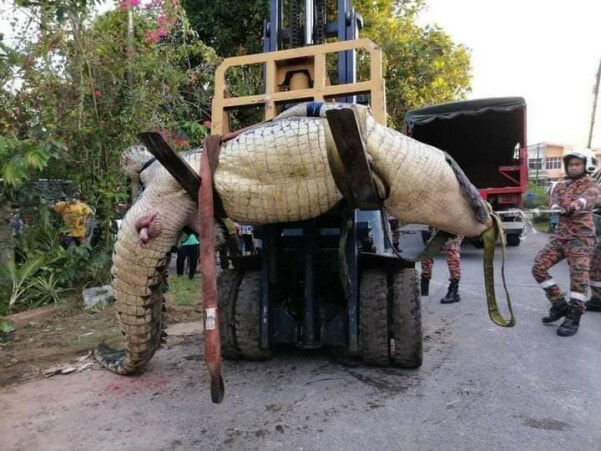 The crocodile was then placed in a truck and handed over to the SFC to be sent to the SFC storage location in Kubong. 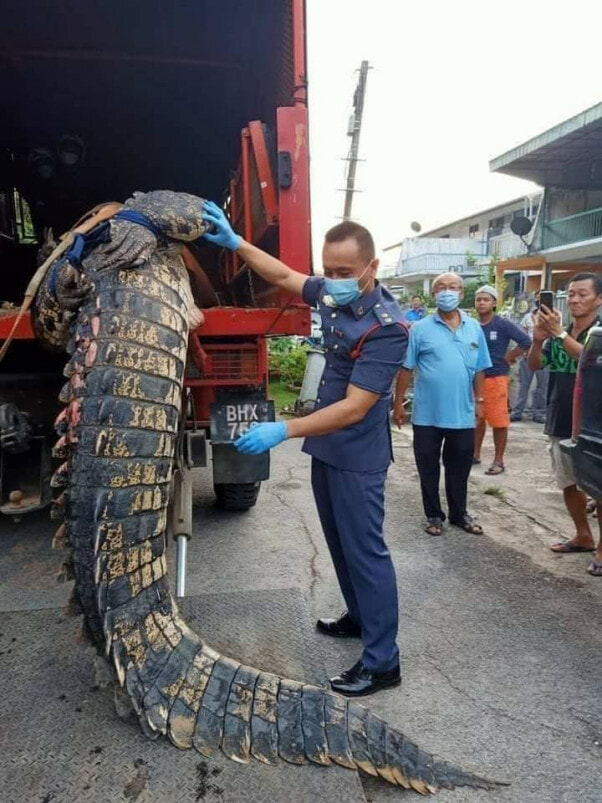 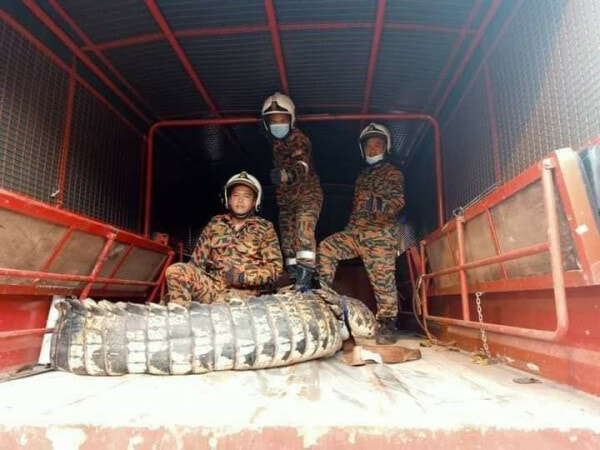 Also read: Melaka Man Stabs Neighbour’s Dog To Death For Barking At Him While He Rode Past The House 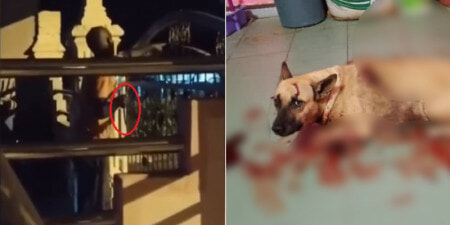