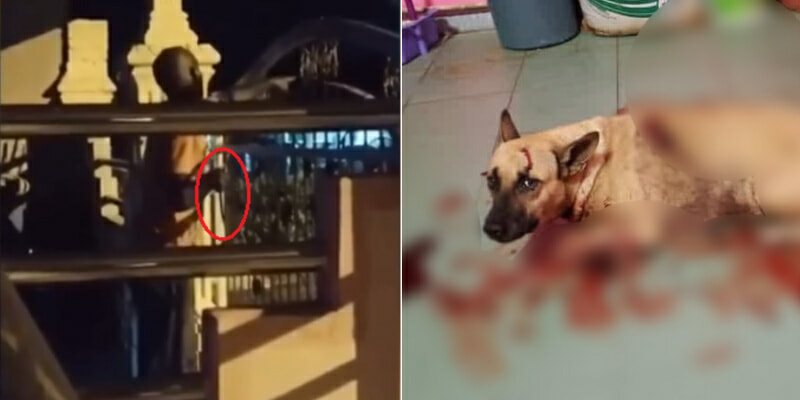 Dogs barking at us as we go past a house in a neighbourhood has become a very common thing in Malaysia. After all, they’re only barking at us as a sign that they’re protecting their owners house.

Who knew that there would be those out there who would take offense to that.

The Penguatkuasaan Jabatan Perkhidmatan Veterinar Negeri Melaka (DVS) is currently in search of a man who stabbed his neighbours dog to death after the dog had barked at him as he passed by on his motorcycle, as according to the Malaysia Animal Association.

They wrote, “During the incident at 1am on 5 November, 2020, a dog was attacked and stabbed with a machete by a man who was angry at the dog for barking at him when he passed by in front of the gated house of the poor dog. The man allegedly broke into the dog owners house and also threatened the dog owner.”

The poor dog was rushed to the vet but ultimately died due to its injuries upon arrival.

“The Malaysia Animal Association hopes that the man will be brought to justice immediately by applying the Animal Welfare Act 2015, which provides a maximum fine of RM100,000.000 and a maximum jail term of three years if convicted,” they added.

Stabbing a dog to death is in no way an appropriate course of action when it comes to dealing with dissatisfaction. A civil conversation with the owner could have worked wonders.

Plus, dogs bark at people all the time. But that doesn’t mean we can go around stabbing them.

You can watch the horrific video here.

We genuinely hope that the authorities bring the man to justice as soon as possible. 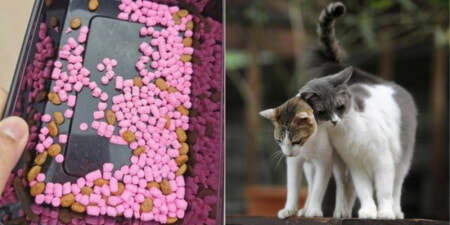