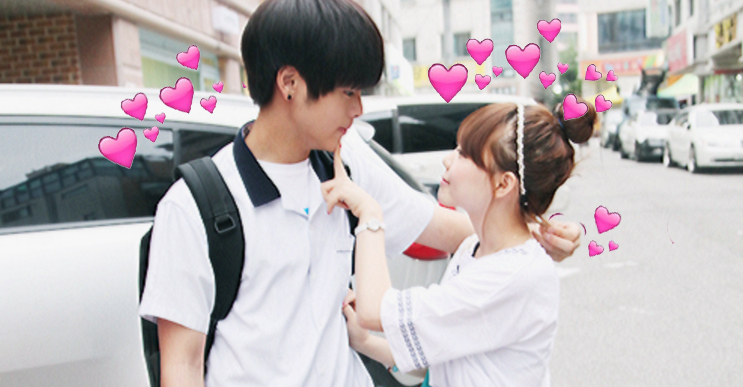 Don’t get us wrong; we got nothin’ against being in love. In fact, we are kinda in love with the notion of being in a happy relationship, because who doesn’t want to be treated like the most special human being in the world?

Having said that, there are some habits that lovebirds do which annoy the hell out of people around them. Here are eight things that Malaysian couples really should STOP doing:

We get it that sometimes you wanted KFC for lunch, but she preferred sushi instead, and things tend to go out of hand. But don’t be starting a scene and cuss each other out at the top of your lungs!

The bane of all weekend shoppers, these sticky couples are. Traveling on an escalator only takes a minute, so why not stand apart from one another just so people can carry on with their errands? Being in love doesn’t give you the right to stand in other peoples’ way, so please be considerate, thank you very much!

3. Giving death stares to strangers as if everyone is out to steal their partner

While it’s sweet that some people think their partner is the most precious thing in the world, let’s be honest here. Giving everyone who walks by the death stare is borderline crazy.

Hello? You two lovebirds think you guys are dang exclusive is it?

4. Labeling the one friend that tags along as a ‘third wheel’

Most of the time, friends are willing to tag along with the couple because they enjoy their company. The outing is actually fine and dandy… until the couple starts addressing you as the ‘third wheel’ and making it sorta awkward.

5. Behaving as if they’re in some romance drama

You know, the couples who tell each SUPER cheesy lines which you so happen to unfortunately overhear or the ones that look like they’re reenacting a k-drama love scene in real life.

We’ve all got them, friends who spend 24/7 with their better half AND still post super cringy messages on each other’s Facebook timelines. For all we know, they’re sitting next to each other over dinner, and commenting on each other’s food photo. Please, SPARE US. 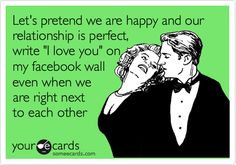 7. Ignoring their friends when out in a group

Our friend may be deeply in love, but we still enjoy their company enough to ask them out. It’s great that they want to bring their boyfriend/girlfriend (‘coz we are kaypoh like that!), but it all goes downhill when they clearly only have eyes, hands and ears for each other. Whether it’s just you and the couple, or the couple in a group, strap yourself in for a very awkward time.

Heck, they don’t even bother asking you what you wanna eat.

8. Being all touchy touchy

There’s nothing wrong with a little public display of affection (PDA) but some couples just take it to the level. You know what I mean. Those act-cute-overly-giggly moments and not being able to keep their hands to themselves. And don’t even try to think no one saw you sorta inappropriately touching each other.

I mean, if you wanna naughty naughty all, then get a room guys! And please use some protection while you’re at it. But use the right one of course! Like Durex invisible or other cool condoms like these that you probably didn’t know existed.

We don’t need similar couples like these any time soon!

Are there any annoying couple habits that we missed? Let us know in our comments section!