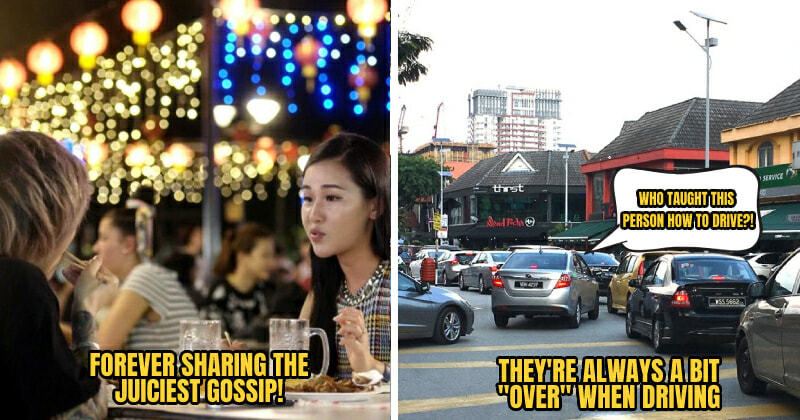 Jokes aside, I’m pretty sure we’ve all had our fair share of dramatic moments! But we must make sure we don’t go overboard lah otherwise you’ll be labelled as the friend who always damn ‘drama‘! So how do you know if you’re that friend?

Read on to find out seven things that one dramatic friend always does:

1. Their road rage is always a little bit “over” 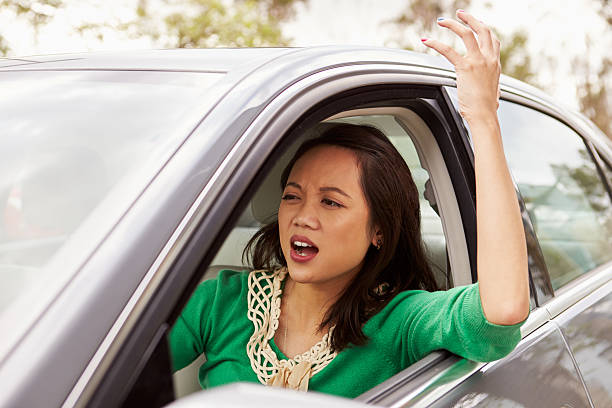 Even the smallest things can set your drama friend off when they’re behind the wheel! Not to mention the unnecessary honking… 😐

While we’ve all had our frustrating moments when driving, especially in areas like SS15 or Telawi, we must make sure not to blow up over something small like a driver forgetting to use their signal. Just make sure to always drive safe, ok?

2. They can easily explode if you don’t jaga what you say, especially when disagreeing 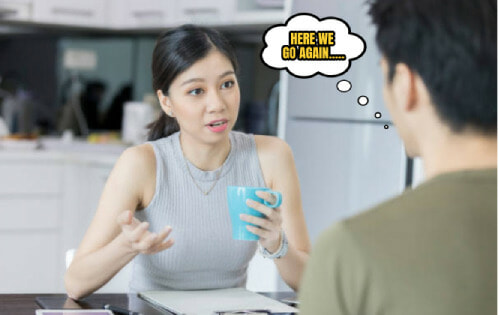 Some people just can’t handle a healthy debate and it shows. When you’re around people who love to cause drama and find fault, you need to constantly watch what you say ‘cos they might just explode over something small!

While it’s healthy to put your foot down once in a while, you also need to agree to disagree especially when you’re having an open discussion!

3. Their kiasu-ness can really turn everything into a competition 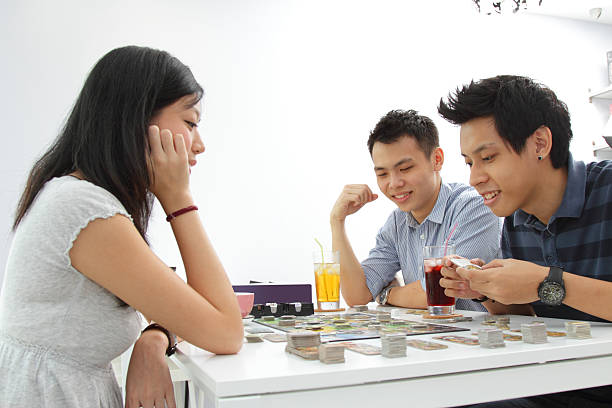 A little competition in our lives can definitely be healthy! But some people tend to take it overboard and turn EVERYTHING into a competition…

Sometimes, it may be easier just to let them win. Otherwise, you gotta brace yourself for some damn drama reactions!

4. They tend to over-exaggerate when telling stories 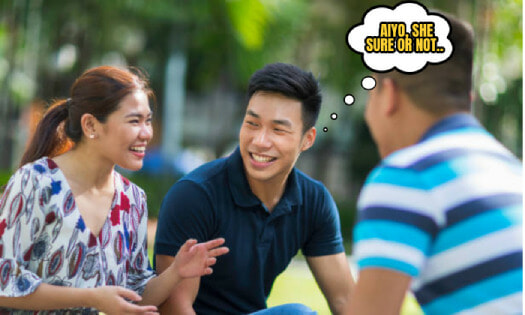 You ever had those moments where you’re actually wondering if your friend is telling the truth or if they’re just over-exaggerating?! We definitely have.

When you’re dealing with a dramatic friend, it can be hard to tell fact from fiction. After all, it’s in their nature to make things seem like a bigger deal than it actually is! At least it’s never a dull moment when they’re around…

5. Showing up “fashionably late” just so they can make a dramatic entrance

Malaysians, in general, have a reputation for being late, thanks to our infamous “Malaysian timing”, but dramatic people take this term to a whole new level.

Not only will they be super (we’re talking more than an hour) late, but they’ll do it on purpose just to get people to notice! Don’t so drama, can ah? 🤦🏻‍♀️

6. They always have the juiciest gossip because they’re just damn kepoh 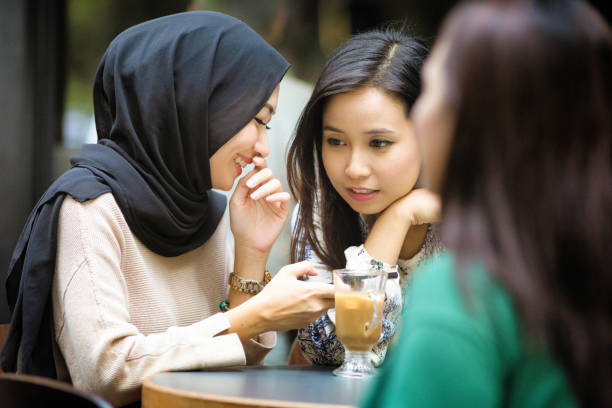 Ahh, we all have that one friend who always butts in on other people’s lives. Cos they are very kepoh, they somehow always manage to appear whenever there’s some drama happening between you or other friends too! Ahem, makcik bawangs, ahem.

While it may be fun to talk about other people and listen to intricate details of their lives once in a while, just make sure that you’re not hurting anyone in the process okay?

7. Regardless of their dramatic tendencies, they can be really good friends 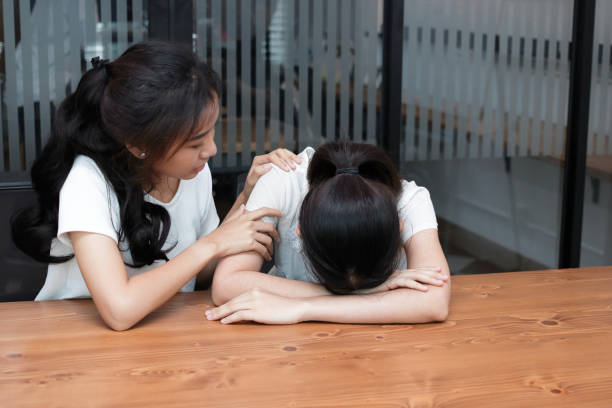 The thing about people who love drama is that they tend to be really good listeners which can come in handy when you’re going through some stuff in your own life. Sometimes, they even give great advice!

Needless to say, we’ve all been that ‘drama’ friend to others at least once in our lives. We’d be lying if we said we’ve never indulged in gossip and we know you’d be lying too. 😉

Well, if you’re one who loves drama or simply loves watching dramas, then you’re going to love what’s next!

Woohoo! While we may not love having drama in our own lives, it’s always super entertaining to watch the drama unfold on TV, right?!

Yasss! That’s why we love to stream our favourite dramas via the Ultra Box or Astro GO app. Wanna know what dramas you can expect? Read on below:

Wah, cool ah! What kind of dramas can I watch on Ultra Box or Astro GO??

Gone are the days where you need to go to three different websites to watch your favourite shows! When you stream with Ultra Box or the Astro GO app, you can get access to Malay, Chinese, Indian and even Korean dramas! 🤩

We’re not being dramatic, okay! Let’s have a look at some of the shows that are available: 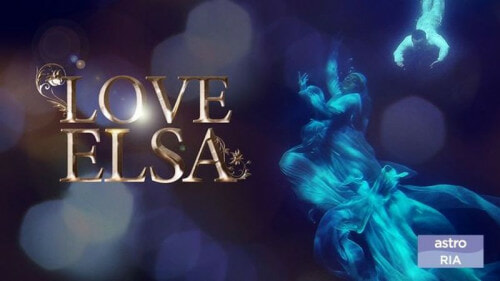 When Ammara touches human skin, she will go through something that she can’t control. Her imperfection then becomes her strength when she uses it to help Ridza in solving his family’s murder case. This romance-drama series will keep you on your toes! 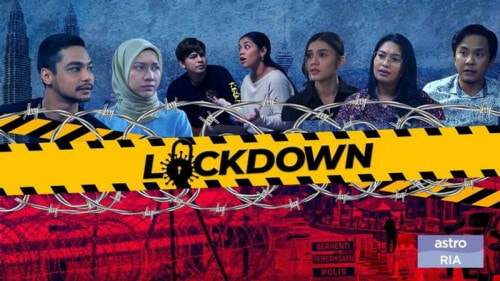 Lockdown is a new series about how a local community continues to live their lives during the MCO. In the show, many interesting and heart-warming events happen to these families during the lockdown.

Watch how they go through the hardships together as a community every Monday through Thursday at 11PM! 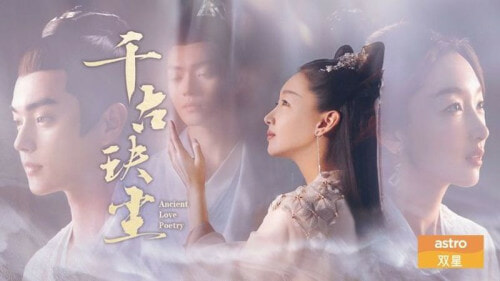 Adapted from the popular web novel, Ancient Love Poetry tells the story of Shang Gu who falls into a deep sleep after sacrificing herself in a trial that lasts 60,000 years. When she awakens, she has lost three centuries of memories – but the man she loves, Bai Jue, has not forgotten her. Here begins their chain of sacrifice that spans lifetimes & millennia, all for the sake of eternal love.

‘Ancient Love Poetry’ airs every night at 7PM so make sure you tune in!

Battle of the Seven Sisters 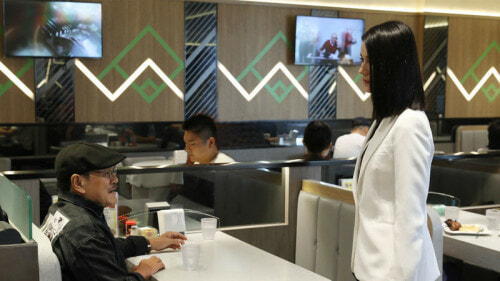 In the wake of their father’s death, seven half-sisters begin an unscrupulous battle over his estate – and respective quests that teach them valuable lessons about themselves.

Catch this Hong Kong-based drama every Monday through Friday at 8.30PM! 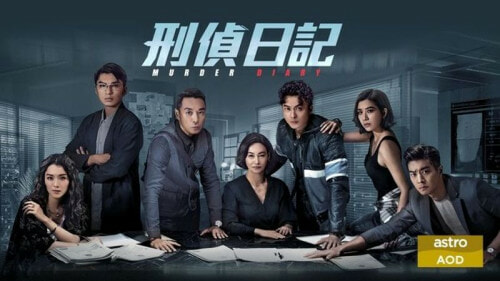 Yeung Pik-sum suffers from schizophrenia, and her illness causes her son, King-Fung, to suffer from a split identity disorder. King-Fung’s alternate personality, Chu Kei, becomes a handwriting expert & criminal profiler who helps King-Fung, an undercover agent, to challenge a crime organization. However, when King-fung becomes a murder suspect, this leads to a new alliance aimed at criminals with psychiatric issues. Talk about drama! 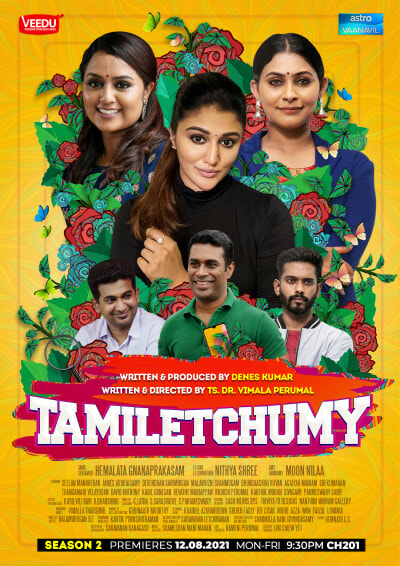 Tamiletchumy is a story revolving around three married women that face issues in their marriages and career. The story touches on domestic struggles and family life while facing the secrets and crimes that happen behind closed doors.

Watch this drama series every Monday through Friday at 9.30PM!

My Roommate Is a Gumiho

A fantasy romance between Shin Woo-yeo, a 999-year-old nine-tailed fox and Lee Dam, a college student who swallowed the fox’s pearl. Without the fox pearl, Shin will not be able to attain the human form.

Watch as Jang Ki-Yong and Lee Hye-Ri star in this fun-filled Korean drama every Thursday & Friday at 9.15PM!

Yay! Now that you know some of the dramas you can stream on-demand, go ahead and plan a binge-watch session with your friends!

Plus, it’s all FREE to watch on Ultra Box or the Astro GO app. Yay to more lockdown activities! 👏🏻

We could all definitely use some drama in our lives since we’re staying safe at home this MCO. So why not stream these awesome shows on-demand?! We’re so glad to have Ultra Box and Astro GO in these difficult times!

If you know of someone who would enjoy escaping reality for a bit, share this article with them!

For more drama-filled shows, be sure to visit the Astro website today!