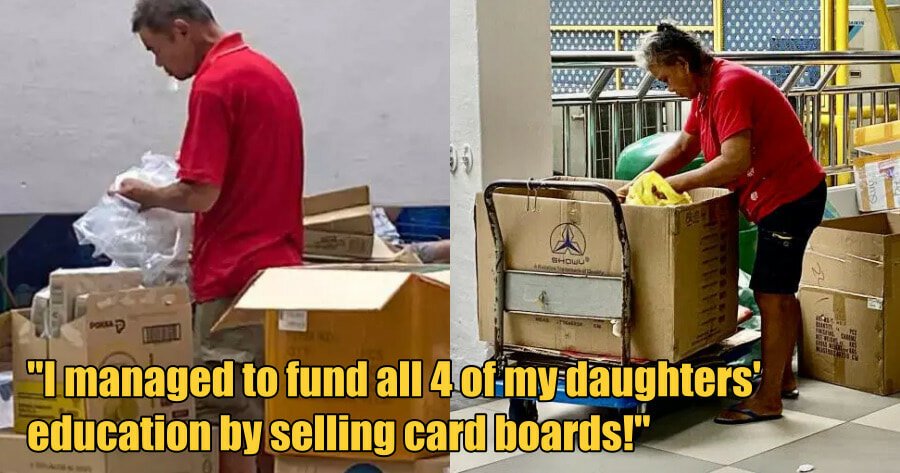 Education is extremely important especially when it comes to children. This Singaporean has decided to sell cardboards to fund all 4 of his daughters’ education.

According to China Press, this father would occasionally bring his family along to help collect cardboards around the mall.

When interviewed, he said:

“I used to be a hawker seller, but as time went by, business became unstable, and I decided to switch to selling cardboards instead.

He also mentioned that his wife works in a restaurant and would often help him when needed.

“I bought a mini lorry while selling cardboards and managed to fund all 4 of my daughters’ education.

Thankfully, my daughters are also very filial and would also take up some part time jobs during their semester breaks to help with family expenses.

2 of my daughters have graduated and one of them is currently working as a nurse, my other 2 daughters are currently still in polytechnic studying,” he added.

His daughters have asked him many to times to stop working so hard as they feel bad that he has to work hard despite his age, but he mentioned that he has to because they wouldn’t have much income if he stops working.

Remember to appreciate your parents for all the work they’ve done for you!

Also read: 23yo M’sian Achieves Dream Of Upgrading From A Myvi To An Audi In 4 Years By Selling Card Boards 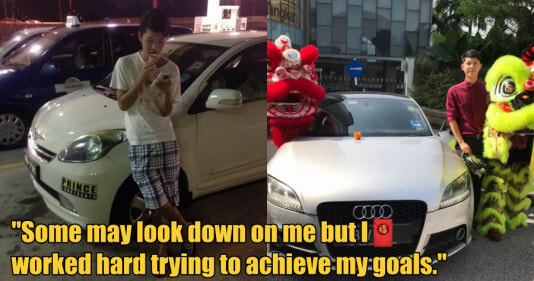