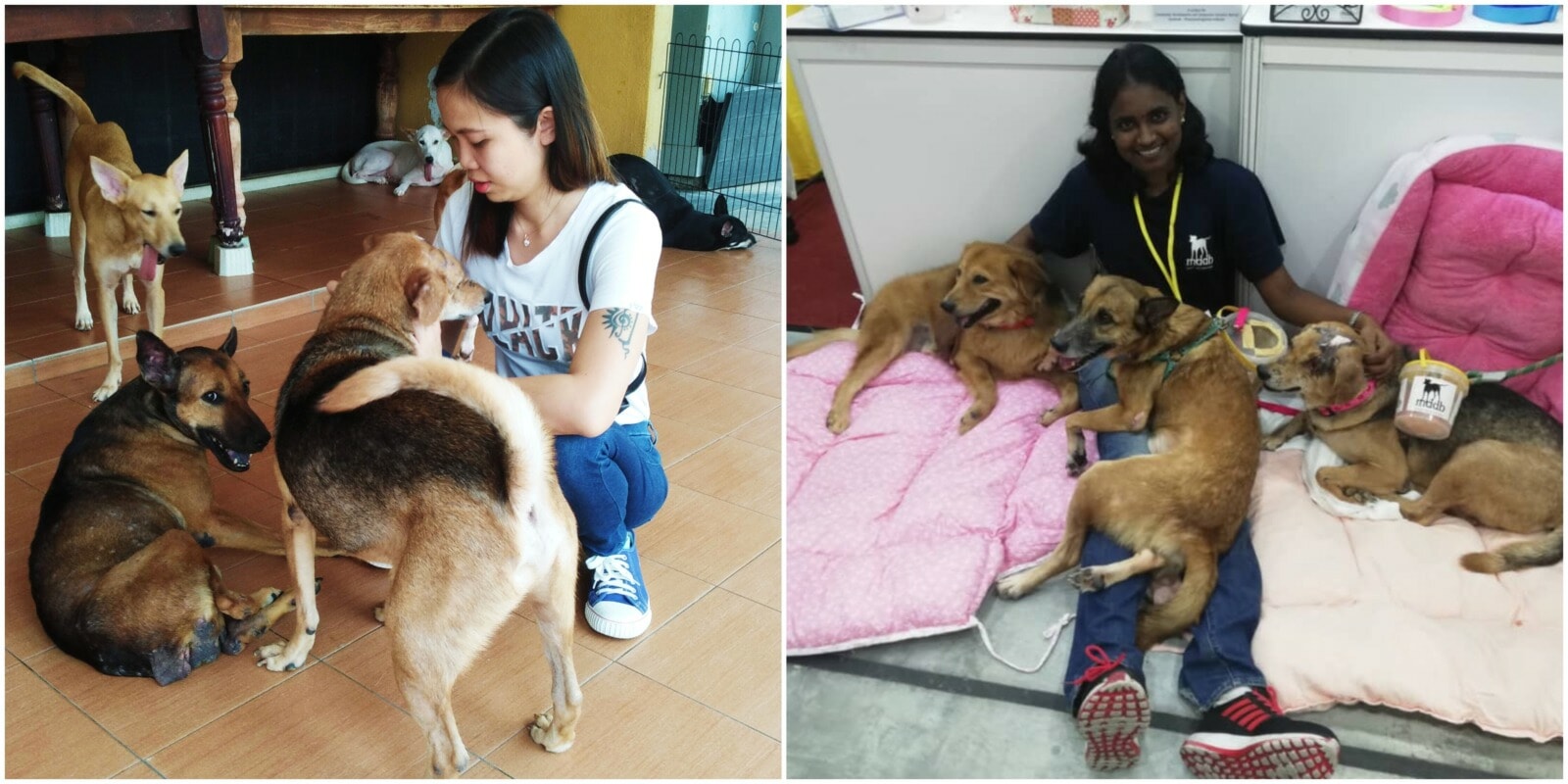 It feels as if we read about a different dog being treated cruelly almost every other day now. Fortunately, more and more shelters and animal rights groups are coming to the rescue, campaigning for dog rights and spreading awareness on their plight. One of the longest standing ones, is Malaysian Dogs Deserve Better (MDDB).

Established since 2009, the canine welfare project was founded by Wani Muthiah, who was inspired to make a difference after witnessing the horrific treatment of captured dogs in pounds. In an exclusive interview with WORLD OF BUZZ, long-time volunteers Derene and Kavitah tell us what the organisation does to balance the needs of 200 dogs, while curbing the issue of stray dogs in Malaysia. Here are 5 things we learnt about how MDDB is run:

1. They care for 200 dogs, half of which are disabled and need special medical attention

Out of the 200 dogs who live at either the home in SS2 or in Klang, half are disabled. Some of them were born with a defect, while others were either abused or developed them as they grew older.

With more pressing health issues, comes higher costs. One of the prime examples is the five dogs in the SS2 home who have kidney diseases. To prevent them from becoming dehydrated, they’re given a combined total of 5 litres of subcutaneous fluid shots, which can be extremely costly. For dogs who’ve lost their back legs, MDDB has also customised wheelchairs for them, of which there are now seven to eight. 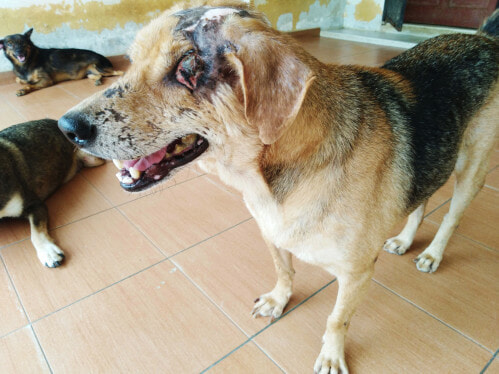 2. They always ensure puppies are taken care of and vaccinated before being put up for adoption

When a puppy, or in some cases, a mother dog and her puppies, are dumped in front of an MDDB home, the shelter’s first course of action is to look for fosterers who can take in the pups and the mother for a couple months. This is so that the puppies can still nurse from their mother. Once they’re weaned off, they’ll be vaccinated, and ready for adoption drives!

If there’s a candidate interested in giving the puppies a home, they’ll also be put through a thorough series of questions, to ensure that they’re ready for the responsibility. So make sure you do your research and save up enough money first! 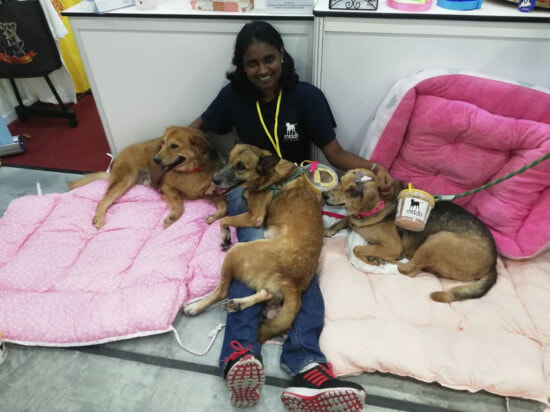 3. They keep strays and the number of dog abuse cases under control via the TNRM method

When stray dogs multiply, the problem only grows worse, which is why the more sustainable method over the long term, is the trap-neuter-release-manage method (TNRM), according to MDDB’s belief. 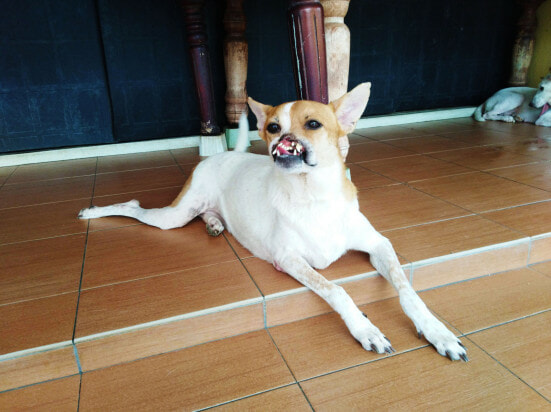 Doing so keeps the number of stray dogs, and by extension, dogs which may face harm or abuse, under control. They are working to implement TNRM across Malaysia by talking to councilors, who, up until now, have been using the more inhuman catching and culling method. This is where dogs in a neighbourhood are trapped and put in pounds, then anaesthetised.

Doing so will only create a vacuum, where the area stays vacant for only a short while before a new pack of dogs arrive and reproduce there.

4. They spend up to RM35,000 a month to fund the shelter (and you contribute by sponsoring a doggo!)

To operate both shelters smoothly could take up anywhere between RM30,000 and RM35,000 a month. The cost includes rent, utilities, dog food, medical bills, and the construction of an upcoming home in Rawang where most of the able-bodied, younger dogs will be placed in eventually. 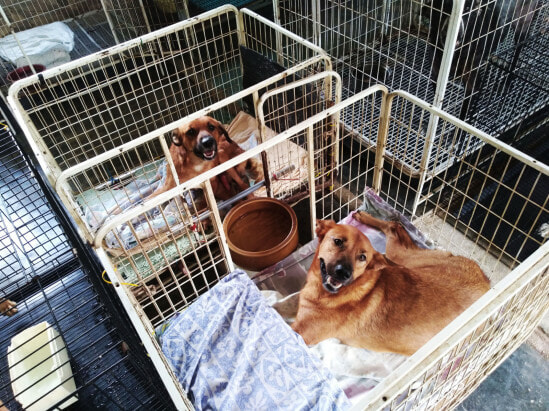 One of the ways that MDDB raises funds is via its sponsorship programme, which Derene oversees. You can sponsor any one of their healthy dogs for RM60, and RM100 for special needs dogs. The difference in cost covers subcutaneous fluids, medication, and in some cases, prescribed food that caters to the dog’s unique dietary needs. One bag of specialised dog food can cost up to RM300 and last only 2 weeks!

You can also purchase cute merchandise such as T-shirts or mugs, which are usually sold during adoption drives or special events. When situations such as shortage of rice and costly medical bills arise, MDDB will keep its followers updated via its Facebook page and appeal to the generosity of their followers for donations.

5. They hope more people would consider adopting instead of buying

Ultimately, it is MDDB’s greatest wish for as many of its dogs to find permanent owners as possible. Since 2013, they have collaborated with the International Street Dog Foundation (ISDF) to send over a number of dogs to the United States every year, where they will be placed in forever homes.

At the same time, MDDB also wants to change how Malaysians perceive mixed or stray dogs, and encourage them to consider adopting instead of simply buying from pet shops. 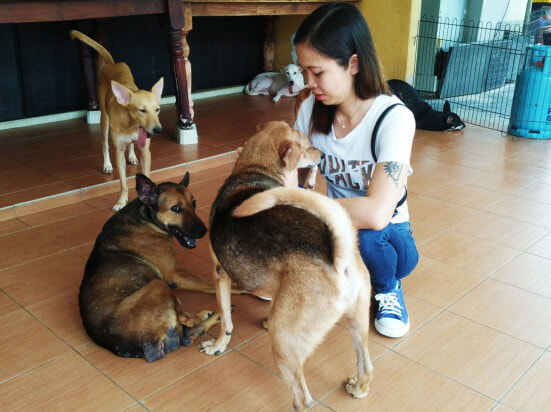 Derene with some of the dogs in the ss2 home | source: world of buzz

For Derene , she wants to end the misconception that mixed breed dogs are not as good as purebred dogs. “After handling them, I’ve learnt that they’re equally as loving and equally as easy to train. As long as you’re willing to spend time, they can be as beautiful and confident as a pedigree,” she explains.

Want to help? You can follow MDDB’s updates on Facebook, or find a dog to sponsor on their sister Sponsorship page. 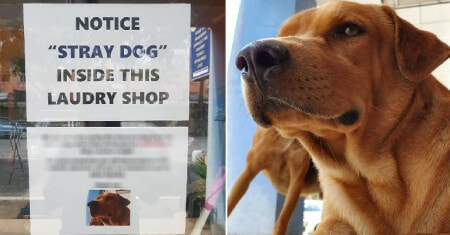