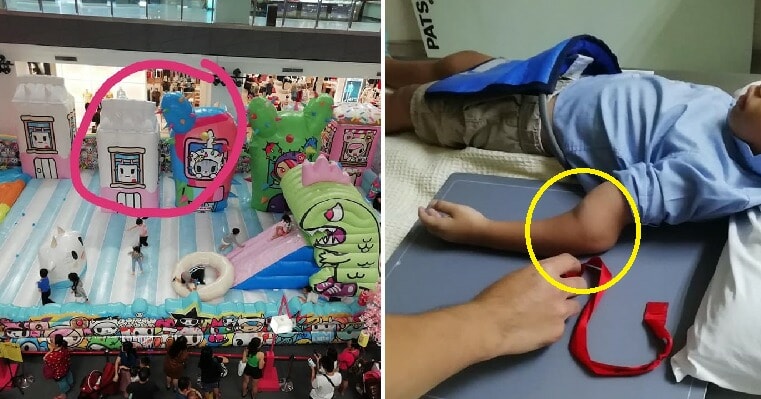 Bouncy castles are fun to play with, especially for little kids, but do make sure to keep an eye on them to prevent any injuries! A four-year-old boy recently suffered from a severe fracture on his left hand and had to undergo surgery after he played at a bouncy castle in a Johor Bahru mall.

According to Oriental Daily, the incident is believed to have happened yesterday (4th September) and the boy’s mother shared the incident on Facebook as she wanted to warn other parents to be alert when taking their kids out to play. They had gone to the shopping mall at around 6pm and brought their young twins to play in the inflatable castle. 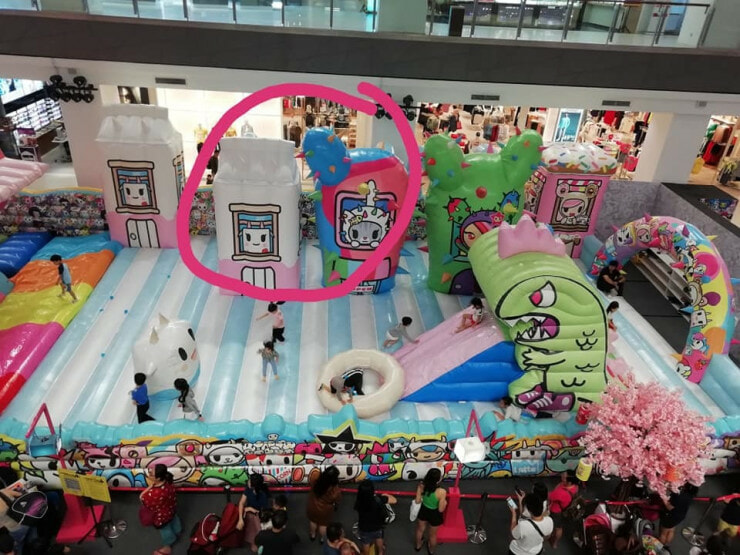 She said that 10 mins before her boy broke his arm, her daughter had come crying to her to complain that another boy there was bullying her and pushing her around. Seeing as her daughter did not have serious injuries and still wanted to play in the bouncy castle, she thought it was nothing and just advised her to take care of her twin brother.

Not long after that, her little girl carried her brother out while crying hysterically, saying that the boy who had bullied her just now had also pushed her brother. At that time, the mother said she saw that her son’s face was already very pale. She went to look for the bully to ask why he had pushed her children, but he ignored her and continued playing.

The mother said that she went to look for the boy’s parents as well as she wanted an explanation. However, the bully’s parents said that it was normal for young kids to be a little rough when playing around and refused to take responsibility. The other boy’s mother even scolded her and said she was making a big fuss. The other mother said that the injured boy’s mother should get CCTV footage of the incident to prove that her son had injured the other child. 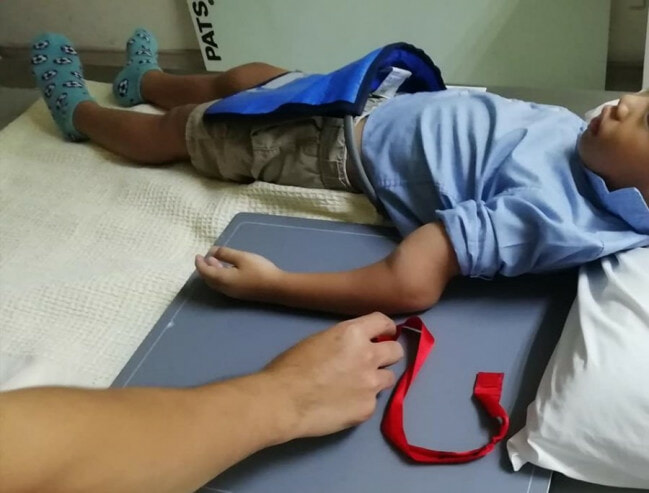 The injured boy’s mother said that she realised her son was suffering from serious injuries from his complexion and quickly brought him to the hospital, where the doctor confirmed that the boy’s elbow was broken and needed surgery to fix it. He had to undergo surgery for two hours and needed to go through rehab for six months to ensure that there were no after-effects.

The boy’s mother said that she shared her experience on Facebook as she wanted to hold the other party responsible and asked for help in looking for CCTV footage of the incident as proof. Some netizens supported the mother but there were others who said that it was her responsibility to look after her children properly instead of blaming others.

What do you think? Is the mom in the wrong here or should the other parents own up to their bullying child? Let us know in the comments. 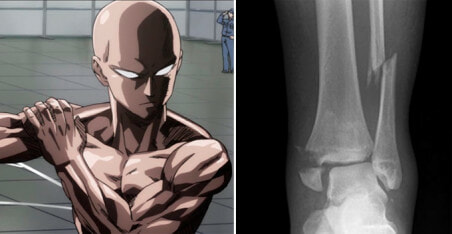