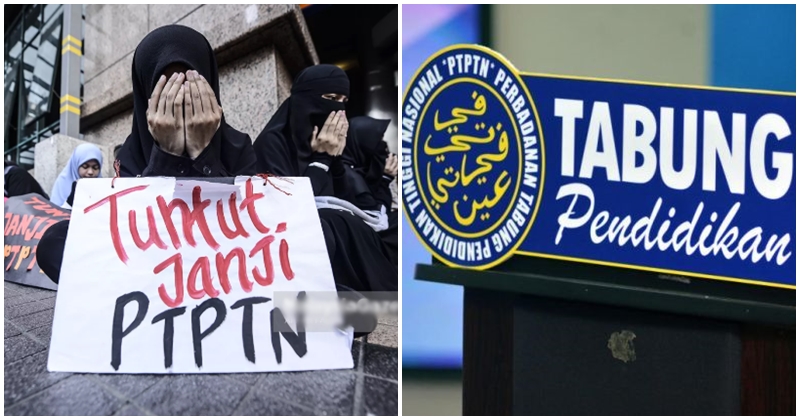 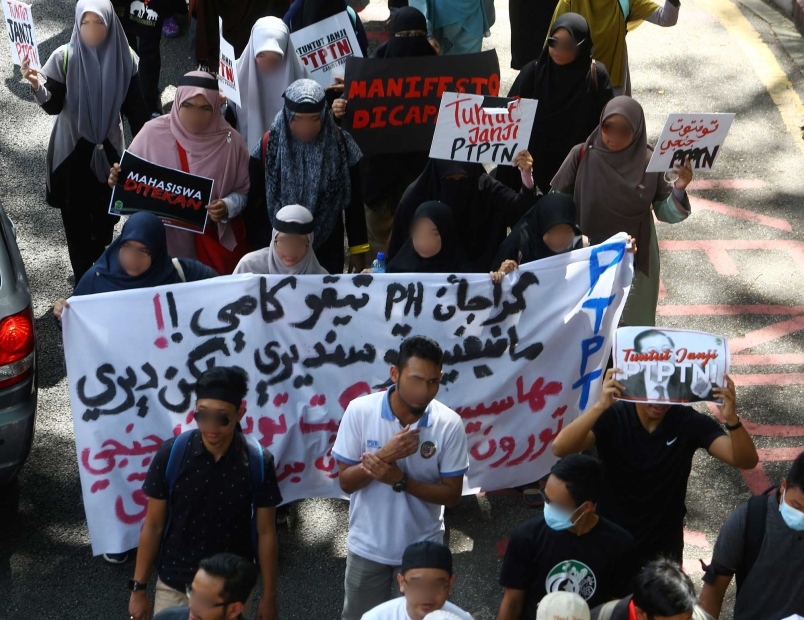 The organization’s representative Yazid Khairul Azman stressed that the government should help students, especially those that earn low wages. 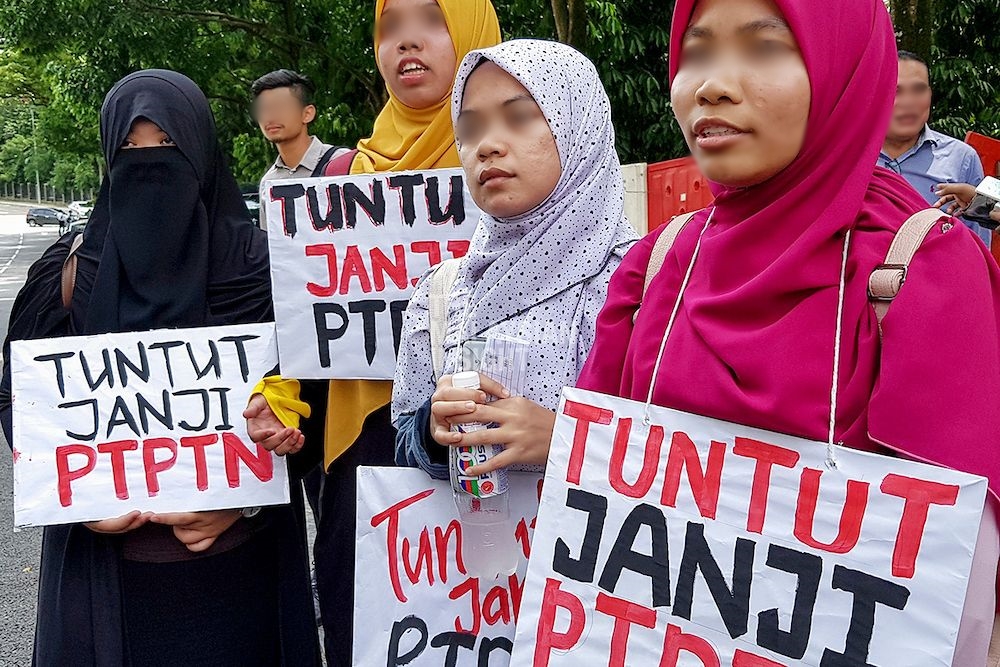 “Choosing PH (Pakatan Harapan) to govern is of no use if it fails to keep its promises.”

“It is up to Malaysians to throw them out of Putrajaya. Let this be a warning to them.”

The second march organized by Gamis was rooted at PH’s inability to fulfil its manifesto’s promise – PTPTN borrowers with monthly incomes lower than RM4,000 would be offered a repayment deferment. 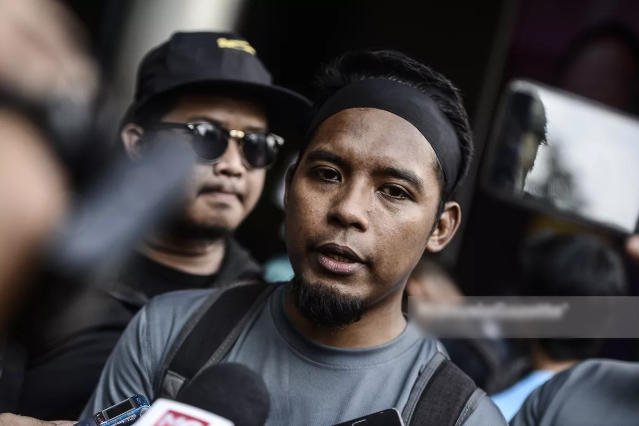 According to its President Muhammad Faizzuddin Mohd Zai, they were disappointed for not being able to meet the Education Minister as they were stopped at the gates by the police.

He also outlines that should there be a scheduled repayment scheme of between 2% to 15% for those earning more than RM1,000 each month, graduates could be RM400 in debt every month.

Yazid warned the PH government stating that if Malaysians were able to topple the BN (Barisan Nasional) government during GE14, they could do the same to PH in the next general election.

Relatedly, the police have stated that the protest contravened the Peaceful Assembly Act because no notice was given. Action will be taken against the organisers.

Are you for or against a monthly scheduled repayment scheme? Let us know in the comments. 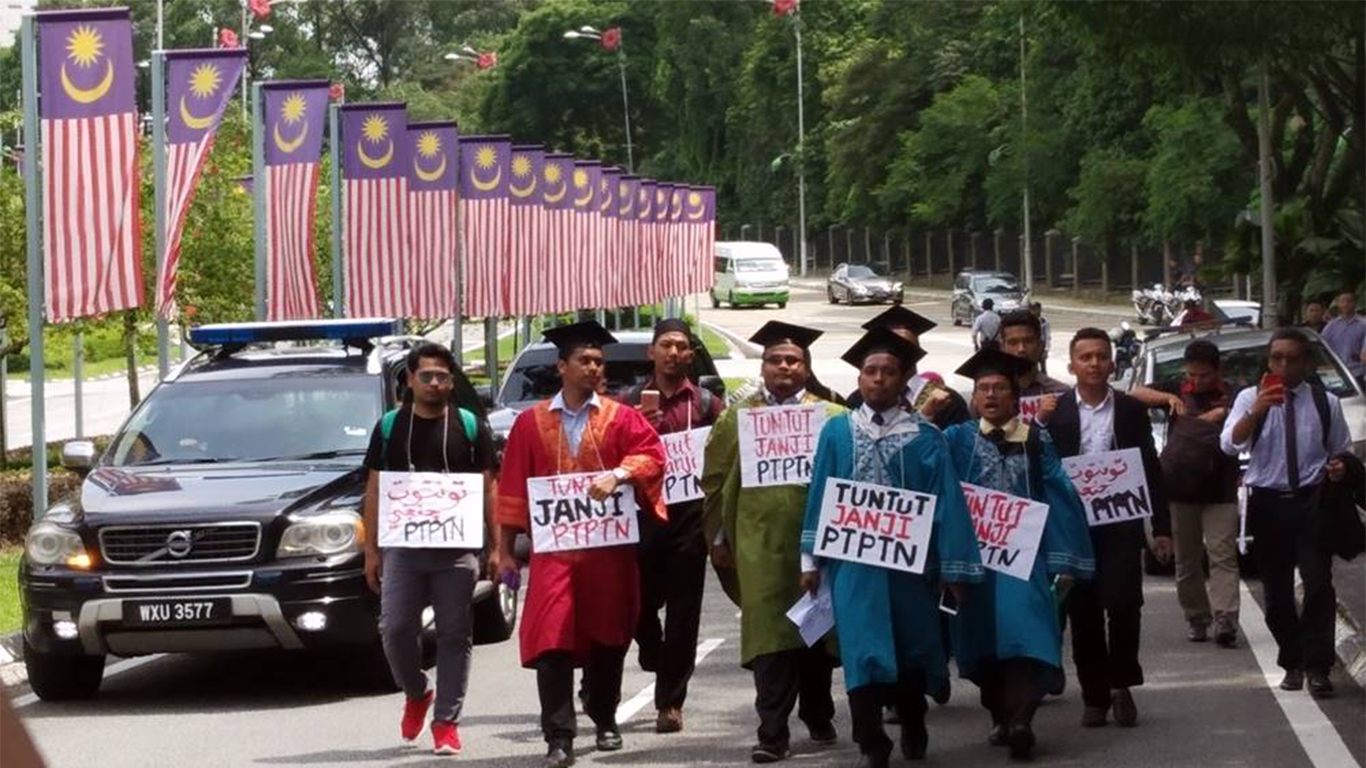