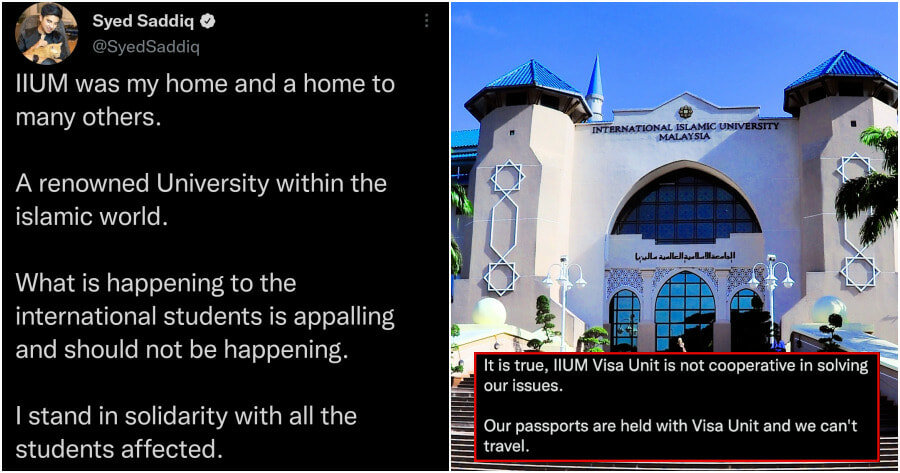 Recently, social media was lit up with #IIUMINTSTUDENTVISA hashtags as foreign students at the International Islamic University Malaysia (IIUM) accused that they were being mistreated and that over 300 students faced delays in receiving visas for up to five months and are unable to travel back to their country. 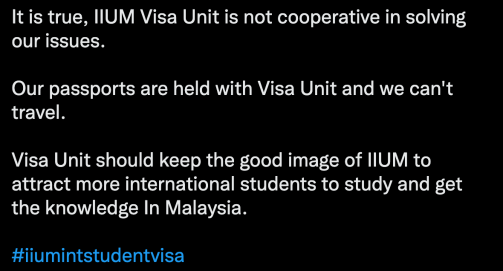 Reaching out to WORLD OF BUZZ, some of them even stated that they would hold a daily protest at the university compound until their visa issue is solved.

A student named Abdirisak requested local students to support and highlight their predicament and said that “It’s very obvious that IIUM administration has failed us, specifically the visa unit. We have complained, reported, shouted, and even screamed countless times but no response from them.”

“Let’s gather and protest. Be it at the visa unit, the so-called International office, or even the president’s office. For the local students, if you don’t like the way you international students are being treated by the visa unit, come and join us. Support your peers, roommates, and classmates in hard times.”

Whereas another international student named Burhan claims that they were threatened by IIUM university staff when asked over the visa issue.

“Do you want dismissal? I will show you the legal unit, all the people of your country are like this, go back to your county – these were among the sentences used by the visa unit to respond to the international students,” Burhan claimed. 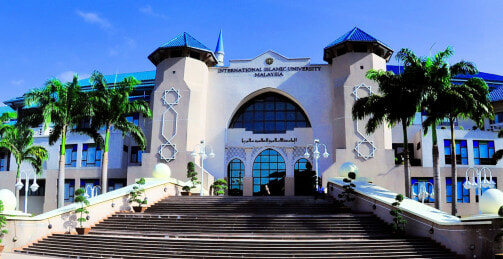 The issue even caught the attention of IIUM alumni and Muar MP Syed Saddiq Syed Abdul Rahman who urged the university to take immediate action.

In his tweet, he wrote, “What is happening to international students is appalling and should not be happening.”

✅Be transparent with the students affected

✅Help facilitate any problems faced by the students

He then urged the university to be transparent with the students, follow up with relevant bodies on the visa application, helps facilitate any problems faced by the students and revamp the visa unit as well as remove staff who made threats against the students.

Following days of silence, the Academic Staff Association IIUM has released a statement today (July 18) on the matter. 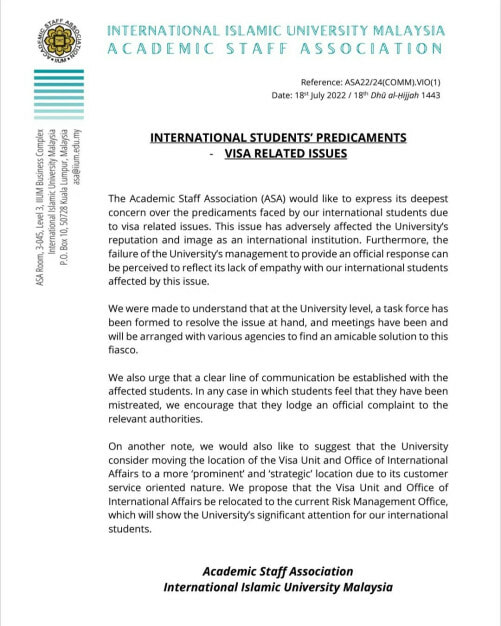 In their statement, the association expressed its deepest concern over the predicaments faced by their international students due to visa-related issues.

“We were made to understand that at the university level, a task force has been formed to resolve the issue at hand, and meetings have been and will be arranged with various agencies to find an amicable solution to this fiasco,” they explained.

They urged the university to consider moving the location of the Visa Unit and Office of International Affairs to a more ‘prominent’ and ‘strategic’ location due to its customer service-oriented nature.

What do you think of this matter? How should it be resolved?

Also read: Students From M’sian Private Uni Claim That Those Staying On Campus Are Being Held ‘Prisoners’ 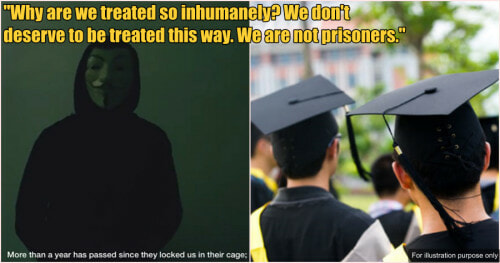