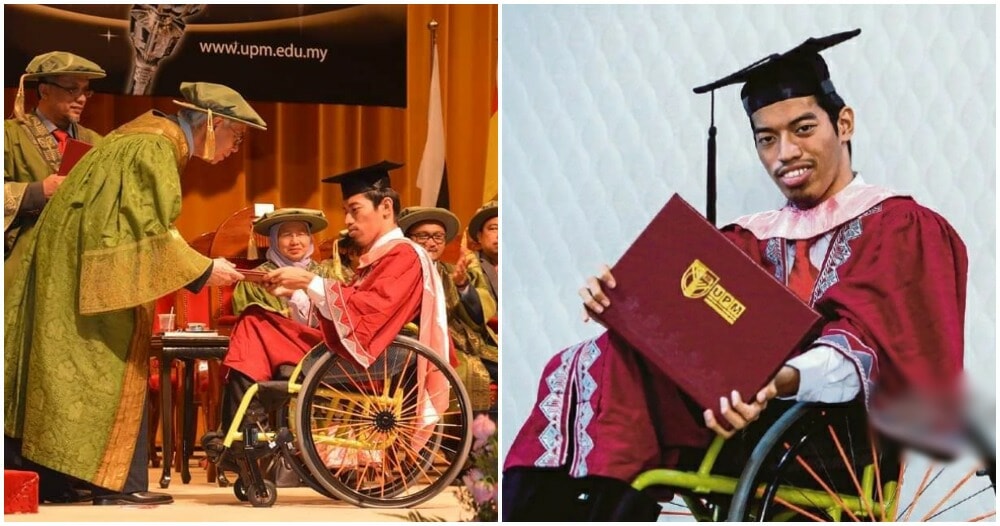 We’ve all been made fun of something that we had no control over before and it is without a doubt one of the worst things to feel. Imagine how this man must have felt when he was constantly made fun of by his classmates when he was younger. 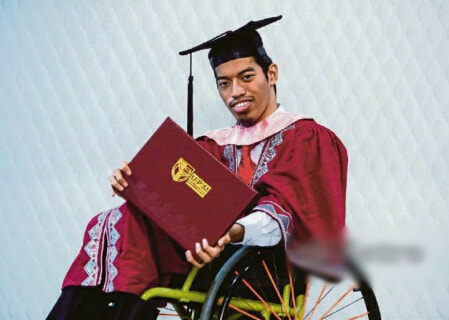 Hussein Said, 25, has said that he is already desensitised with the mockeries that get thrown at him. Instead of wallowing in them, he decides to use them as a source of motivation to reach his goal of being like his role models, his older siblings.

Being the 6th son of 7 children, he had always looked up to his older siblings as they have degrees. So, he made up his mind and decided to work hard for a degree even though he knows it is a little harder for him to achieve.

His hard work paid off when he managed to graduate with a Bachelor’s degree in Malay Language and Linguistics from UPM on 20th November yesterday.

“I admit that it was hard to forget how my classmates copied the way I walked so slowly in primary school . Thankfully, the Welfare Department gave me a wheel chair in Form 3.”

“At first it affected my emotions, but bit by bit, I got desensitised to it and just focused on my dreams of furthering my studies.” 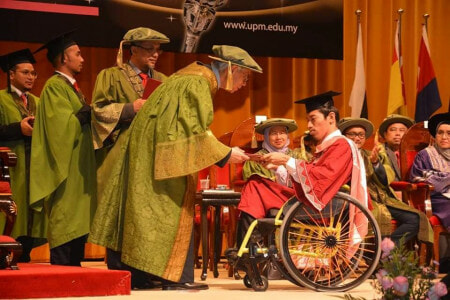 As a finishing note, he says,

“I’m doing my Masters now and I hope that I will be able to achieve my goal of being a lecturer. I want to motivate and inspire people with special needs to do the impossible and not let obstacles stop them.”

That is certainly very inspiring! We hope that Hussein will be able to achieve his dreams, and we’ll be here cheering him on! 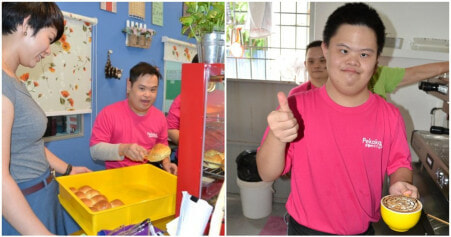