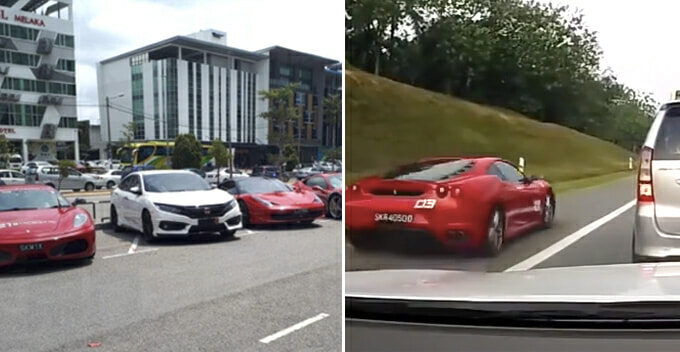 Somebody needs to tell these drivers that the road doesn’t belong to their grandfathers!

On 3 March, over 20 sports cars registered in Singapore were spotted cruising along the emergency lane in Johor, and a motorist had all of their number plates recorded on his dash-cam. Padan muka! 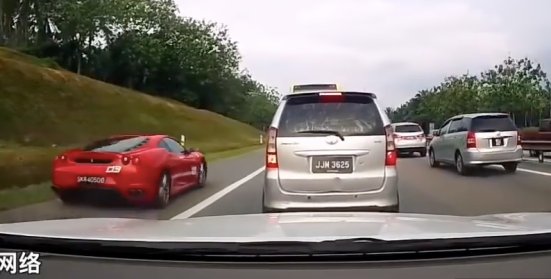 According to Oriental Daily, an accident had earlier happened near the Kulai toll at 7.30am on Saturday, which caused a massive jam on the PLUS highway. The self-entitled Ferrari drivers then cruised into the emergency lane to avoid the jam.

However, little did they know that their act of traffic violation was recorded and even uploaded on a Facebook group with the caption:

“This group of people treated PLUS highway as their playground. My dash-cam clearly recorded their number plates. How should I report to the authorities regarding these drivers abusing the emergency lane?”

Then, it was reported that a netizen spotted a fleet of sports cars in Melaka, but it was unsure whether they were part of the aforementioned convoy. Even then, clearly our traffic rules don’t mean anything to them, because none of the sports cars were parked properly inside the respective bays provided in Melaka. Ferrari privilege, maybe? 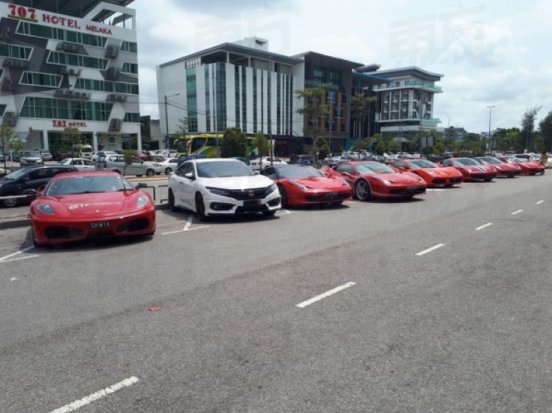 After this post went viral on Facebook, netizens were fuming over their irresponsible and arrogant behaviour. Some even challenged them to do the same in Singapore. We doubt they’d do it back home though.

It is understood that anyone who abuses the emergency lane in Singapore will be slapped with a S$1,000 (approx. RM3,000) fine or a three-month imprisonment.

We hope the authorities would beef up the enforcement by barring repeat traffic offenders from entering our country. We need to let them know that our laws are not to be taken lightly.

Also read: Ferrari-driving Grandma Punches Man Until He Bleeds for Not Giving Her Way 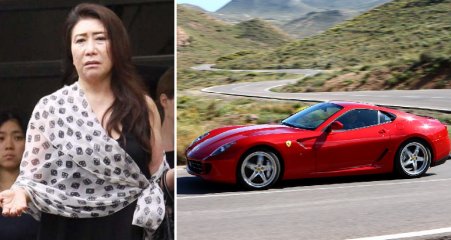