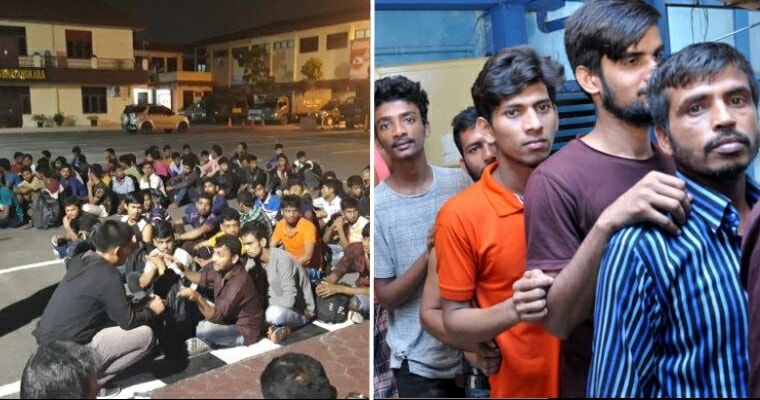 Recently, Indonesian authorities have found 193 Bagladeshis locked up inside a shop lot after being lured by promises of transportation to Malaysia for jobs, falling into the hands of human traffickers, reports Channel News Asia.

In an announcement on Thursday (7 Feb), North Sumatra’s immigration chief Fery Monang Sihite said the men entered Indonesia as tourists via Bali and Yogyakarta city with the intention of slipping across the Malaysian-Indonesian border to work.

In a raid conducted on Tuesday (5 Feb), the police found the men, most of them in their 20s, locked inside the two-storey building in Medan on the island of Sumatra. Many of the men were complaining about the lack of food, authorities said. The men were described as healthy when they were found. 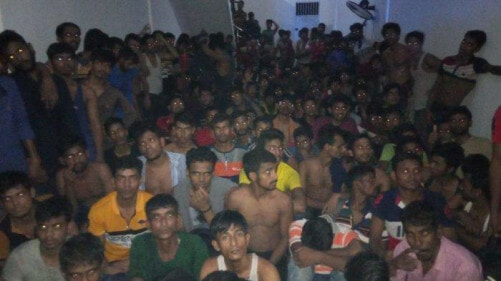 Sihite said in a telephone conversation with Reuters, “They are victims of human trafficking and were lured here. We think they arrived here by boat. They don’t have any documents.”

Authorities were alerted by concerned neighbours who heard suspicious noises coming from the building. It’s not immediately clear who the owner of the building is and the degree of involvement they had in the matter. 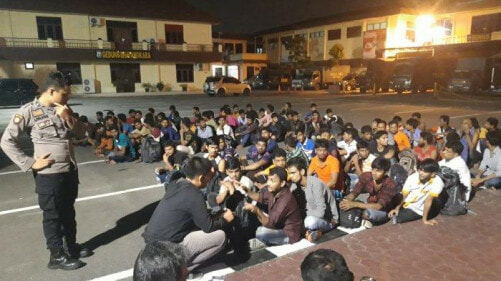 Mahbub, 39, is one of the men who was found and he told Indonesian online news portal Tribun Medan that some of the men were held by the traffickers for three months.

“All of us were conned. The destination was meant to be Malaysia. We left from Bangladesh to Bali and arrived here after taking a four-day bus trip,” Mahbub said. 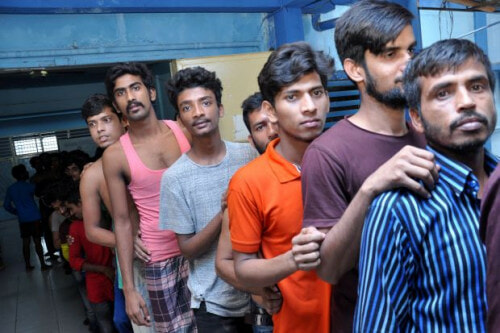 Sihite confirmed the men were not Rohingya Muslims. Hundreds of Rohingya have arrived in Sumatra by boat in recent years after fleeing military crackdowns and persecution in Myanmar and Bangladesh, most of them trying to reach Malaysia.

According to The Star, Sihite said the men have been taken to an immigration detention centre and would be sent back to Bangladesh.

We hope all these young men find their way safely back to their families. Do you think we should allow more foreign workers into our country legally? Let us know in the comments below!

Also read: Over 20,000 Women Were Promised Jobs in M’sia But Got Sold Into Sex Slavery