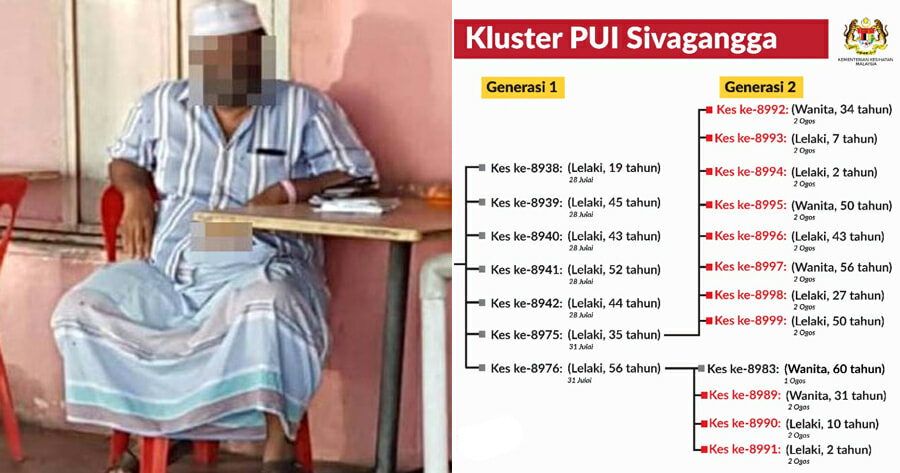 A man who violated his quarantine order has now caused 19 other people to be infected with Covid-19 in the Sivagangga cluster. The 57-year-old man had returned from India on 13 July and tested negative for the virus, but tested positive later on 29 July.

A total of 313 individuals have been screened with 20 of them testing positive for the virus. 13 individuals are still awaiting results while the remaining 280 tested negative, according to the Ministry of Heath. 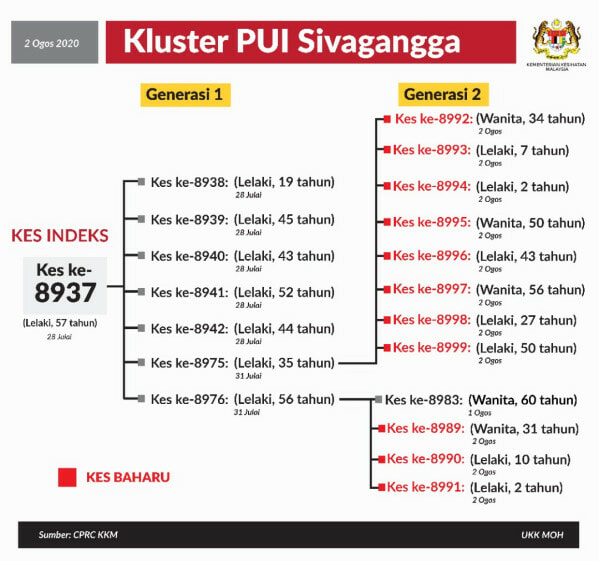 This comes after the index case, a restaurant owner, went out to operate his Nasi Kandar shop in Jitra, Kedah. He was seen wearing his pink wrist band and chatting with a customer at his shop. A photo of him went viral and he was later detained by the police and fined RM1,000. However, he had already passed the disease to several others by then.

As a result, the premise was immediately ordered to close down and customers who had visited the shop from 13 to 24 July were told to get tested. 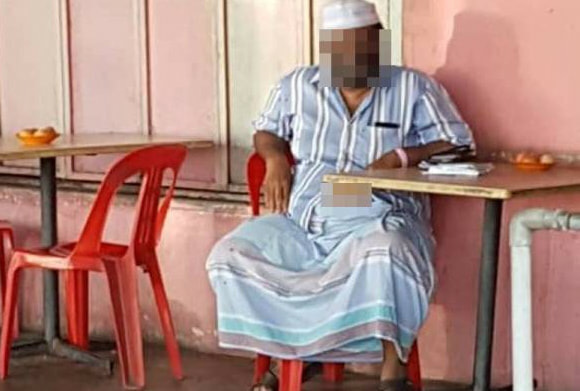 Furthermore, a total of 73 kindergartens and three daycare centres in Kubang Pasu have been ordered to close on 29 July after several parents had visited the restaurant.

State Kemas director Noor Azman Abd Rahman said the directive was issued as a preventive measure to ensure that there is no spread of Covid-19 in the district.

“A total of 1,605 kindergarten students and 62 daycare centre students were involved in the 14-day closure or until we receive a directive and advice from the Health Office,” he said. 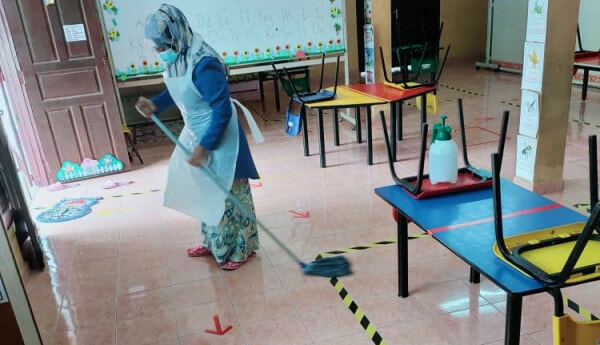 Five schools in the Kubang Pasu and Padang Terap districts in Kedah have also been closed with immediate effect starting from today (3 August) until 29 August, reported Bernama.

“All these schools will be closed for 28 days, which includes the 14-day quarantine and 14-day surveillance periods,” the state government said. 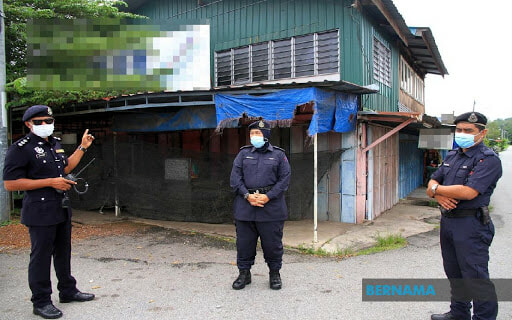 This was decided by the National Security Council (MKN) in line with the implementation of the Targeted Enhancement Movement Control Order (TEMCO) in Mukim Ah, Mukim Hosba and Mukim Binjal (Kubang Pasu) as well as Kampung Ulu Padang Sanai (Padang Terap).

“This involves controlling the public’s movement over a one-kilometre radius from the affected Restoran Nasi Kandar Salleh, Napoh,” it said.

“Teachers living and working outside the TEMCO areas but need to pass through the said areas can do so.”

Also read: MOH: These Groups Of People Should Not Wear Face Masks As It Will Do More Harm Than Good