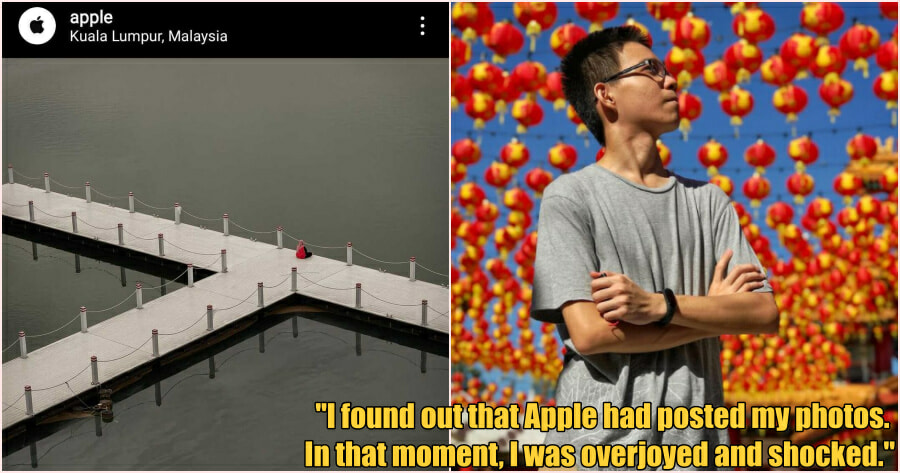 It seems that there is a growing pool of amazing Malaysian mobile photographers!

Back in September, a 20-year-old Malaysian made everyone proud as he got his creative pictures were featured on Apple’s official Instagram page.

Now, another Malaysian has made the cut with his beautifully shot image which was also shot on an iPhone!

17-year-old Ling Hou Wah recently got his pictures featured on Apple’s Instagram page on the first day of 2022.

The image of a girl sitting by herself at a pier was shot by Ling with an iPhone 12 Pro Max.

Origins and background of the image

According to Ling, the photo was taken almost a year ago on 10 January 2021 and was shot at Kepong Metropolitan Park, Kuala Lumpur.

“I believe the person in the photo was part of a group taking wedding photos at the pier. I wanted to achieve a minimalist shot so I decided to just focus on the person looking at the water. For me, the picture is about the sense of calmness.”

In his Instagram post of the picture, Ling writes, “Friends—An important aspect in our lives that can boost our happiness, improve our confidence or provide support during bad times. Without them, we will feel lonely and suffer from health problems.”

“I thought of this caption after seeing the girl sitting alone at the pier.”

How he got started

Ling, who is currently preparing for his SPM examinations said that his photography journey started in November 2018, when his father upgraded his phone.

“When l first got hold of his phone, l realised that the camera is really good so l started to take more pics. From there, I realised that l could just use a phone to take photographs instead of buying a camera.”

The Puchong resident told WORLD OF BUZZ that it is currently just a hobby. However, he is planning to sell his photos in the future.

Finding out about the Apple feature

Ling told WORLD OF BUZZ that he suddenly received a lot of Instagram notifications on his phone as he woke up.

“When l investigated further l found out that Apple had posted my photos. In that moment, l was overjoyed and also shocked.”

On his plans for the future, he says that he is looking forward to improving both his mobile photography and aerial photography skills after he is done with his exams.

“I plan to use the opportunity to travel to more places around Malaysia to practice my photography because practice makes perfect,” added Ling.

We would like to express our congratulations to Ling and hope that more of our local mobile photographers gain international recognition.

Check out more of Ling’s work on his Instagram.

How impressive is that? Let us know in the comments.

Also read: This 20yo Malaysian Mobile Photographer Just Got His Pictures Featured By Apple! 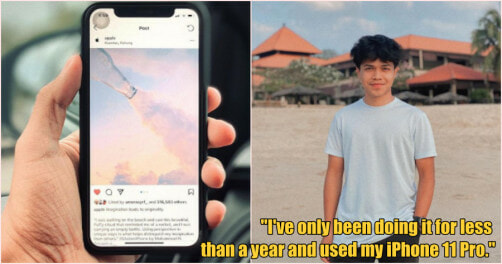