A Singaporean boy who was studying in Primary 5 fell to his death from his room on the day he was supposed to bring his results home to his parents. The boy’s mother apparently expected him to score 70 marks on average from Primary 1 to 4, which the boy had successfully maintained.

According to The New Paper, in his Primary 5 mid-term results, he scored below the expected score for all his papers. He even failed Mathematics and Higher Chinese. It was reported that the mother would punish the boy if he did not achieve 70 marks or more.

“She would hit him once for every mark short of 70 marks. Sometimes, she would look through his examination papers first, and if they were difficult, she would not hit him.”

However, Inspecter Lynn Ong added that the 45-year-old mother would only hit him if all his papers did not do well. In fact, the mother only hits the boy lightly with a cane on the hand. She even bought gifts for him if he achieved good scores.

On the day of the incident, the mother tried to open the boy’s bedroom door but found it was locked. She used a spare key to open the door and found that he wasn’t in the room. The boy’s 16-year-old sister looked outside the window and saw the poor boy’s body sprawled on the ground floor. 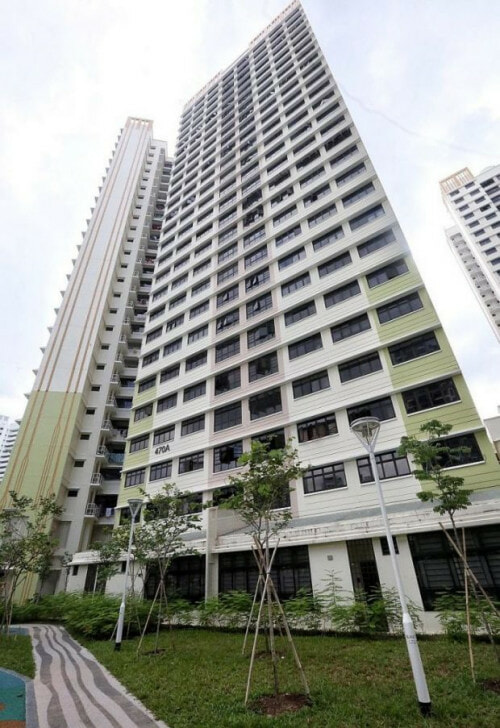 Immediately, the mother called the police at 6.50AM. About 15 minutes later she called the principal as she needed help and her husband was also very distressed. She believes that her son had committed suicide due to his ‘bad’ results.

The 47-year-old father, on the other hand, believes his son had fallen off the window. Paramedics arrived at 7AM and announced the boy dead. The police does not suspect foul play.

Unfortunately, in Singapore, the syllabus changes in Primary 5 to allow students to get used to the Primary School Leaving Exam (PSLE) which they will take in Primary 6. Hence, many students tend to see a drop in their marks in Primary 5 as they are still adjusting to the changes. This particular boy was just one of the many students who saw a dip in their results.

As netizens read the news, many bashed the parents for indirectly causing the boy’s death. Although, that in itself is very uncalled for as the parents is suffering a whole lot already.

There have been many news of suicide in children regarding ‘unsatisfactory’ exam results. Though parents should ensure that their children are performing well in school, results are not the only thing that should concern them.

Do you really think the parents drove the boy to his death with their expectations or could it really have been just an accident?