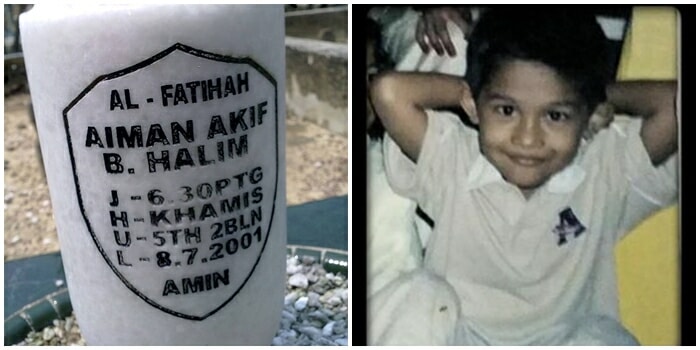 Losing someone is painful, be it lover, friends or family members. However, perhaps the most agonizing lost is the one between parent and child.

Halim Ali recently shared a heart breaking post about the lost of his son. Although his son passed away exactly 10 years ago, the man never came to terms about it. Finally gathering his strength after 10 years, the grieving father is ready to share his story. Probably as his final step for closure.

I’ve kept this story to myself for about 10 years. Maybe it was because I didn’t have the strength to write before this. I hope whatever I share today will be something all of us can reflect on ourselves.

At 8am, I was doing my usual routine of fetching my son, Aiman Akif who was then 5 years old, to school. That day he seemed exceptionally happier than the other days. He sang to a popular song at that time while moving his body gleefully to his tunes.

I could only smile at the little kid’s actions. After I sent him to school, there was nothing out of the ordinary and I continued my daily routine which is heading to the showroom where I worked. That time I was working as a Sales Advisor in Perodua Nilai.

I wasn’t sure why, but that day I kept having this nervousness overcome me and felt like I really missed this boy of mine. I cannot describe this feeling but it just felt like I could not wait to pick him home.

Just so everyone knows, after class my son takes the school van to the babysitter’s house which is only nearby our place, and there’s a swimming pool in that residential area. My son has only been under the babysitter’s care for about 10 days.

I planned to pick him up right after prayers as coincidentally I wasn’t on duty in the showroom that day. I guess God planned it all. My brother who was working in the showroom called me to replace his duties because he said he had something to do. Without asking further I said ok and my plans to pick up my son was cancelled.

“Hubby, our neighbour said our son Akif fell into the room!”

My hands were shaking and my chest was beating even faster.

“Is he ok?” I asked.
“I don’t know. But someone has sent him to the clinic.”
“Hopefully it’s nothing.” I said, trying to calm the situation down.
“Go check up on him ok?”
“I will.” I answered, half zoning out. That moment only God knows how I felt. I almost felt like fainting.

Without wasting anymore time I started the motorcycle and rushed to the clinic. When I was there, my heart felt heavy but I mustered all my strength to see my son.

One of the person who was there came near me and asked if I was the dad to the kid who fell into the pool. I answered, “yes, it’s me.” He told me to calm down and be patient then he slowly broke the news to me saying that me son is “not here”.

Darkness bounced in and out of my eyes as I felt like fainting and had difficulty to breathe. Another man guided me to a chair and told me to relax. I felt so empty at that time.

After 5 minutes, I just got up and head towards where by son was lying down with a piece of white cloth over him.

When I opened the white cloth, my son looked as if he was still smiling. I kissed his forehead and saw his body was still wet. I really couldn’t bear looking at him getting cold.

My phone rang and my wife asked about his condition. Oh my God I really didn’t have the heart to let her know, and said “He’s alright. Doctor is checking up on him.”

I called my neighbour and asked him to bring company to break the news to my wife. I also asked him to help me bring some batik because my son is cold.

During the funeral, the most touching moment was when his 8 month old crawled towards his brother’s body and hugged him.

He was very close to his brother. At this moment I couldn’t hold it in anymore. My tears were streaming down my cheeks non-stop. I tried my best to contain my tears from flowing because I had to be strong.

For those who know how it feels like to have lost someone, be strong because we are the lucky ones that were chosen to be tested by God. He’s waiting for us on the other side.

I urge everyone not to hit or scold your kids because you should embrace that they are still with you.

If I could turn back time to speak to Akif, I would tell him that, “Daddy apologises if I was angry or hit you, I don’t mean it. Daddy just wants you to be someone great for the religion, culture and country.”

Now I know this will never happen.

If you have children, love them, because you never know when they’ll leave us. 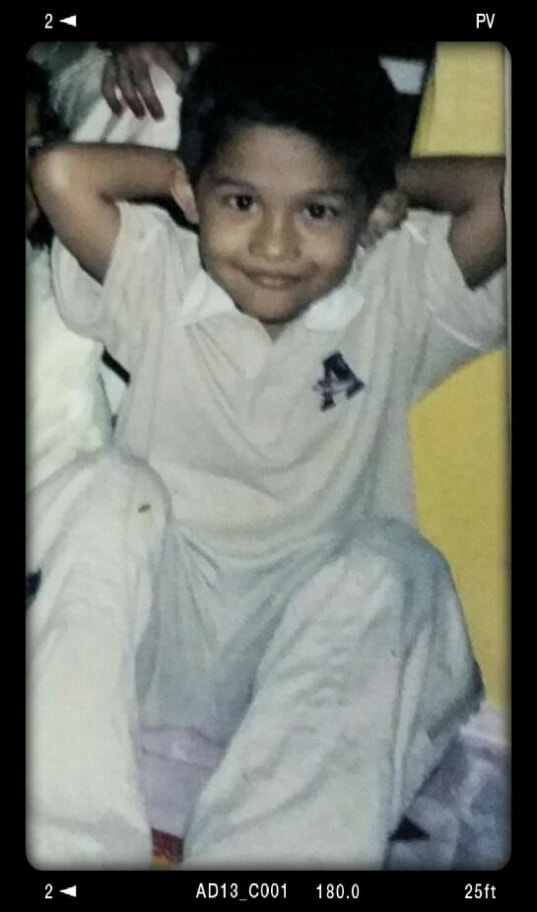 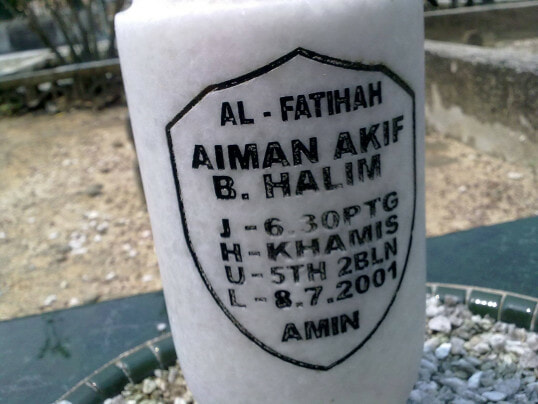