Born as a rather frail (but very handsome) human being,  Steve Rogers attained superhuman strength, agility, speed, reflexes, endurance, durability and healing through the Super-Soldier Serum and “Vita-Ray” treatment in ‘Operation Rebirth’ to serve his country. Dr. Erskine, the man who administer Rogers to this experiment was murdered by a Nazi spy immediately after the conclusion of his experimental success, leaving Rogers the only one with this ability. Rogers was put through intensive and tactical training, inclusive of gymnastics, hand-to-hand combat and military strategy. Alongside his impenetrable shield, Captain America moves swift yet strong during enemy encounters and will make sure to take them all down.

The man of speed, Quicksilver can prove to be literally invincible. He can move at lightning pace and think at a superhuman speed. His super sonic speed allows him to run across water, walls and create cyclone strength winds. With the world moving at what appears to be slow-motion to him, Quicksilver is able to dodge and attack almost everything that is coming his way.

Although Bruce Banner may not be your typical superhero with good looks, a charming personality or intimating features, but his hulk side will definitely send people running the other way. This big boy (as Black Widow always calls it), has super strength to match. He can lift about 100 tonnes of weight when calm, but of course, the angrier it gets, the more strength it will possess. With his gigantic arms, the Hulk has the ability to perform Thunderclaps. The sheer clap of his hands produce a sonic boom effect of raging storm blasts and ear shattering sounds.

If that wasn’t bad enough, this character has a high durability with bullet/missile proof skin. He is also able to perform high leaps that can take him up to the Earth’s atmosphere! Talk about being out of this world! 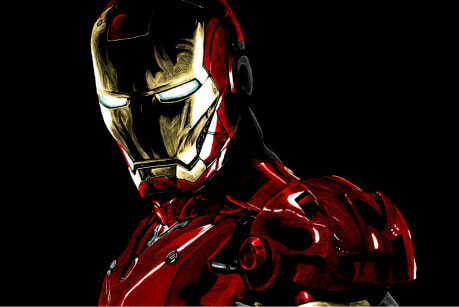 Tony Stark may not be born with super powers, but he definitely inherited his father’s super intelligence. Armed with wealth and vast knowledge in physics, engineering and technology, Stark is able to build his very own powered armour suit, one which was primarily to save his own life. There is no stopping him in his durable suit which is equipped with weapons, the ability to fly, super strength and solar rays from the palm of his gauntlets, not to mention Jarvis his o’ so helpful AI assistant.

Although not introduced in any of the Avenger movies, Quasar is one of the top contenders when it comes to being powerful. Wendall Vaughn obtain his superhuman abilities when he donned a pair of wristbands to protect them from A.I.M. These Quantum bands allowed him to transmit powerful energies of heat and force, conjure a force shield for protection and tap into unlimited energy source known as the Quantum Zone. He is able to absorb and redirect cosmic energy controlled by other superbeings such as Thanos and the Watchers. His other abilities include, flying at super speeds, teleportation, regeneration, superhuman strength and resilience. In par with his amazing powers, he was appointed as Protector of the Universe by Eon.

Vision being not completely man nor completely robot proved to have the best of both worlds. Powered by the Solar Jewel mounted on his forehead, Vision is an android constructed by synthetic materials, with the goal of making him close to being a human. He is able to shoot beams of infrared and microwave radiation, time travel, shapeshift, project holographic images and possesses the ability to go through “physical disruption”.

His “physical disruption” ability allows him to manipulate his density from low to high (light to heavy) which is responsible for his flight, phasing, strength and invulnerability. Being an AI of sort, Vision has superhuman skills which include his stamina, reflexes, speed, agility and of course, analytical capabilities.

The story of Sentry revolved around Rob Reynolds, a highschool student who obtained his powers from stumbling across a professor’s secret formula. Like all cliche superhero stories, Reynold used his new found powers for good and of course, kicking his bully’s butt.

There’s no defining Sentry’s powers as they are said to be limitless and that it came from the Sun. His abilities include releasing light beams from his hands and eyes, flying, teleportation, invulnurability, super senses, super strength and speed. Having once overloaded the Absorbing Man, it comes to no surprise that this character could take on the Hulk for a prolonged fight till they both returned to human form. To top it off, Nick Fury commented that S.H.I.E.L.D. has not found a way to kill Sentry, nor does Iron Man’s scanners detect any weakness in his body. 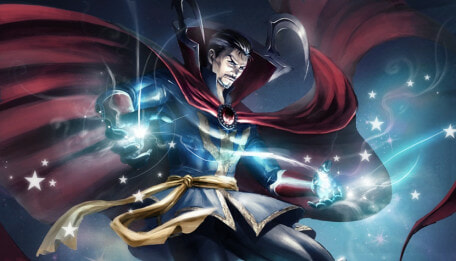 A former successful neurosurgeon, Dr Stephen Strange lost his ability to use his arms in a car accident. After trying everything he could, he heard a rumour of a powerful hermit known as the Ancient One and decided to locate him in the Himalayas. In a turn of events, Dr Strange became the Ancient One’s disciple and learned mystique arts.

Unlike most superheroes, Dr Stephen Strange draw his powers from extra-dimensional beings, artifacts and spells instead of conjuring them from within himself. Even so, he was said to be one of the most powerful members in the Avengers community and described as “the mightiest magician in the cosmos” by Eternity.

Unknown to most, Thor’s origin takes on as a man known as Donald Blake. Blake had a bad leg and walked with the aid of a cane but he lost it as he was trying to get away from aliens. He reaches a cave and accidentally stumbles upon a hidden opening which has nothing but what seemed to be an ancient stick. He slaps the wall with the stick in frustration and this stick emitted a powerful glow of light and transforms Blake into Thor. The stick transformed into the hammer of Thor with the famous inscription that writes, “Whosoever holds this hammer, if he be worthy, shall possess the power of Thor”.

It is later known that Thor was cast away by Odin to Earth and into the body of Donald Blake because eventhough he had strength, courage and other qualities befitting of the Prince of Asgard, he lacked “humality”.

By hitting the hammer on the ground twice, he is able to manipulate weather such as creating rainstorms, thunderstorms, tornadoes and lightning. Thor is known to be one of the strongest superheroes in Marvel history and is so invulnerable that he could survive a blast from the Celestials. His hammer, Mjolnir allowed him to travel through time and space, block against blasts and flight. Being half-Asgardian and half-Elder God, Thor was trained in combat.

There is almost no limits to his power. He once attacked with his powerful God-blast that even shattered Mjolnir. Although not truly immortal, Thor age at a pace so slow that he appeared to be immortal, not to mention being able to live without air, food, water and sleep. Other abilities include memory alteration, all-tongue (any life form will understand what he says despite the language difference), mind resistance (except in the case of Scarlet Witch) and having knowledge in Magic. 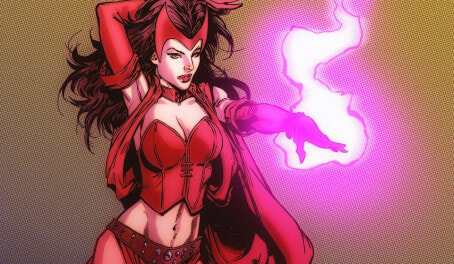 Twin to Quicksilver and daughter of Magneto, Scarlet Witch is one you do not want to mess with. In her younger days, a cult has foretold that Wanda is the most powerful Earth-bound witch to have existed. She has the ability to manipulate energy as well as the minds of others through her “hexes”. She is known for her ability to do “Probability Manipulation” where once used, situations will turn out in her favour. For example, Ultron short-circuiting.

After she interacted with the Elder God, Chthon, she has the power to wield “Chaos Magic”, a very old and most powerful form of magic. This magic allowed her to create force fields, altering reality and even resurrect the dead! #win