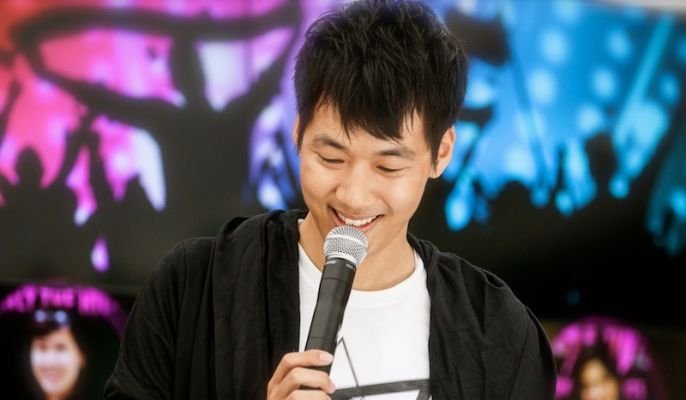 Matthew, a teacher from Singapore recently posted about his experience of teaching a particular class of high school students. We all know how most high school students are, we’ve been there ourselves. The Secondary 1 students he taught seemed to be ‘disinterested and somehow filled with a lot of animosity and anger’ he mentions.

“They hated each other. They were very vulgar and hostile towards one another.” he wrote. The class was so disruptive and destructive that he couldn’t carry out his lessons properly.

Trying his best, he attempted to bring the students closer by conducting a simple yet sensitive exercise. The results? Simply incredible.

He first understood that the kids only disliked each other ‘because of their perceived differences and all the petty things like name calling, “ship-ing”, “you stare at me for what!” and typical teenage angst/ insecurities.’

The loving and motivated teacher decides to explore deeper and tried to get the students to understand that actually, they are not any different from one another.

During his ‘spontaneous experiment’, the entire class broke down in tears and it was a very emotional moment for everyone.

“I got all the kids to close their eyes (which they loved because “yay can sleep!”) and told them i’ll be asking them a few questions.. every time they felt connected with the question(s) I asked, I wanted them to stand (still with their eyes closed).

“Who likes chicken rice?” “Who loves Taylor Swift?” “Who hates Math?” “Who reads manga?” “Who plays kendama” “Who watches youtube” “whose favourite Youtuber is Night Owl Cinematics”… every time they felt connected with the questions I was asking, they’d stand (eyes closed) and then i’d get them to look around the room to see who was standing with them as well.

“Eh you read manga too! I didn’t know sia,” “wah you also hate Man U! High five!” “you hate maths? I thought your maths power one!”

They started realising similar things about themselves and their classmates and instantly felt a little more connected. After a few “fun” questions and with the whole class now engaged and participative, I decided to go a little deeper..

“How many of you feel useless or have ever been told you’re worthless?”

With their eyes shut, the entire class stood up.

And when they opened their eyes, a few gasped.

But the mood in the classroom was shifting. From simply realising that they have similar interests as their classmates and laughing about it, when we started talking about the more serious stuff, many were silently nodding their heads in agreement. I started asking deeper questions.. and the class started breaking down their walls and opening up their worlds.

Then when we were talking about family, I asked this one question that just opened a floodgate of emotions..

“How many of you have ever lost a loved one? Someone close to you, someone you love.. someone that’s no longer in your life,”

I knew I was entering extremely sensitive zone. But there was something happening with this class and I wanted them to explore things further.. I asked if anyone would like to share.

A few wanted to but were hesitant. One of the boy (who’s also one of the class “clown”) almost did but when he half raised his hand, his friends sniggered (probably expecting him to crack some joke) and he withdrew. I got very serious with the class and told them we were going into a very vulnerable space – the ones who stood up lost a loved one.. I wanted the entire class to be mature about it and to give their utmost respect to anyone who wanted to open up. No teasing. No nonsense. They promised.

The same boy then stood up and shared his story..

“I lost my father when I was 11…” the class became very quiet. Some of them had their mouths open in shock.

“… every day I try to be happy but I miss my dad a lot,” he shared. With tremendous courage. I literally had goosebumps and a heavy sadness in my heart.

Slowly, some of the other kids built up their courage to open up a very private chapter of their lives. And the stories just got even more heartbreaking.

“I lost my grandma when I was younger… I never really knew her but every time my mother talks about her and tells me how grandma helped to raise me and support my mom, it makes me really want to meet her. Now, every time other people talk about their grandma I will miss my grandma a lot and wish she was still around,” one of the girls shared.

“I lost my father when I was 7… and lost my second father when he left my mother… but I just have to be strong for my mother and we have to move on with our lives,” one very emotionally mature girl opened up.

The kids who had stories to share started building up courage to step forward voluntarily and share something so intimate.. and the class began showing compassion and care for one another as the stories unfolded. After a few of the other kids had shared their stories, one of the girls who was now in tears, decided to share her story..

“I’ve never told anyone this before.. but sometimes i’m sad because.. I lost my younger sister when I was 8..” she broke down and couldn’t continue. But as she retreated to her seat, the ones around her who initially seemed as if they were void of any kind of emotion started to comfort her. It was heartbreaking to hear the stories yet extremely heartwarming to witness the instant change in the kids.

The last boy who wanted to share was the class “ah beng”. But he wasn’t the kind of ah beng that tormented his peers. It was the opposite. He appeared fierce and vulgar on the outside but he was always getting picked on by the rest of the class.

“I lost my mother… because my father went to find another woman and have a family with her… I now stay with my other mother and father,” he began his story.

“Do you hate your stepmom?” one of his classmates asked.

“I don’t hate my stepmother because she is nice to me. But I miss my real mother. I wish my dad last time never beat her. I hate it every time he beat my mother.. but i still love my father.. I wish he care about me more only. When I come to school with you guys, I actually don’t like it when all of you keep teasing me but I feel more home here than when I go home so I tahan only lor,” he said, trying his best to hold back tears.

I wrapped the unexpectedly powerful, emotional moment with them by first thanking them.. for being mature, for being honest, for being vulnerable, for being respectful, for caring. I shared with them that I too was extremely moved by their stories and inspired by their tremendous courage because they’ve been through so much in their short 13 years of living that I may not even fully understand. Then we talked about how all these stories, all these emotions and similarities.. how all of these real connections and emotions bind us as people but we’re always so blinded because of the walls of hate we build up against each other before we even get to really understand them. I personally think them witnessing and experiencing this right before their teary eyes absolutely hit home because even though it was still a bit awkward for them, they were starting to be genuinely nicer towards each other. Also shared with them that whatever they may have been through in life so far, whatever anyone has ever said about them negatively, all these things do not define them. They showed so much courage opening up their lives and sharing their stories, but they possess even greater strength inside because they’ve lived through these moments and have the power to make it better. I challenged them to do better, be better and they sincerely said “i’ll try”. For me, that was a start. When the ah beng later thanked me for “the best lesson ever”, that was a bonus.

I’m writing this because we live in a society and system that is results driven and care little or have little time for anything else. And it’s a culture ingrained in us since young. By parents expectations, by society standards, by school KPIs. But our young ones are not results churning robots. They feel too. They know. Sometimes, they don’t. And that’s why all the more, we as parents, teachers, mentors, society and even policy makers should not just do more, but be more interested and invested in the lives of these young ones.

I personally know many amazing teachers who truly care about their kids more than just the grades they attain on papers. They want to do so much more. But they simply do not have the time, resources or freedom because of all the other administrative duties or red tape they have to adhere to.

Dear MOE, please, I implore you to give our teachers more time to share lessons of life, to invest and inspire their young charges the way they’d like to, the way they were filled with dreams, passion and hope to do so much more for the next generation when they chose teaching as a career the way you sold it to them. It’s a different generation of kids. We need to change to.

Dear parents, especially if your kids are in primary school.. your kids may be suffering in silence. Please talk to and more importantly, listen to your kids. Really listen to them.. allow them to invite you into their world.. not just the world you want to build and demand of them. The more you force that, the higher they will start to build their walls. Your kids love you. Please let them know and feel that you love them too.”