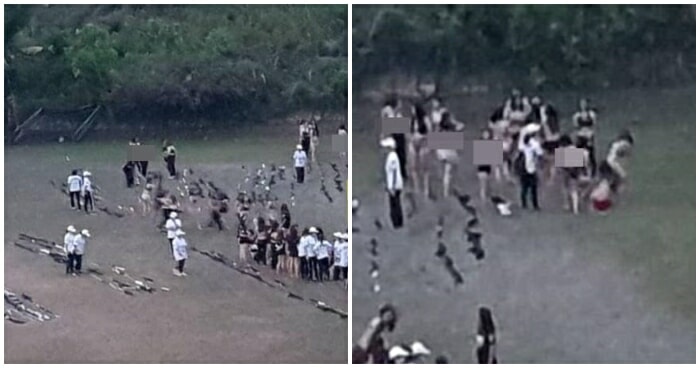 Update: In a new statement released by the company, it is stated that the company and its employees “were never involved in any naked activities”, and that the employees were “clothed in one way or another with attire” at all ‘material times’. They also added that the attire was similar to their skin colours, including sporting attire. WORLD OF BUZZ has updated the article to reflect this statement.

A Pahang-based resort has recently come under fire, after photos of a beauty spa’s female employees allegedly stripping down for a corporate training camp began circulating.

According to Sin Chew, the incident happened earlier this week, as the company in question is said to be organising the camp from 18 to 20 March. It was held in an unnamed resort in Bentong, Pahang, and over 50 female employees were all spotted seemingly stripping down to their birthday suits while lying down on the grass. 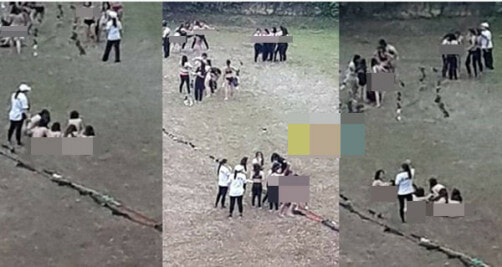 At the time of incident, it is believed that they were taking part in a game called All Out, and that they were under strict orders by a female instructor there. A member of a committee representing the local residents took the pictures, and has since reported it to police, who are in the midst of an investigation.

As of this morning at 8am (March 20), authorities have detained 30 women and four men who are connected to the case for questioning at a Bentong police station. The detainees are said to be aged between 20 and 32 years old.

The spa is said to have eight branches throughout Malaysia, with most of the outlets located in Kuala Lumpur and Johor. On its Facebook page, it had posted up a notice on 14 March notifying followers that all its employees will be on leave from 18 to 20 March for a company training activity.

The daily reported that 44 male employees of an investment company had played the same game during a motivational camp, two years ago. In the end, over 36 of them were charged in court, and 28 of them were fined RM1,500. Moreover, three of the participants were actually underage, and released on a RM1,000 bail. Besides that, five camp instructors were penalised the most heavily, with a fine of RM3,000 each and jail time of one month.

Update: Free Malaysia Today has reported that the women photographed were part of a group of over 80 people, the majority of whom were women. The 30 women and 4 men who were arrested included those who conducted the programme and were employed by a branch of the spa in Johor. According to Pahang CID Chief Othman Nayan, a few participants belonging to one of the spa’s branches in Kuala Lumpur had already left the camp earlier.

Also read: Woman Invites Ex-BF to Have “Fun” on Hilltop, Robs Him After He Was Naked & Tied Up 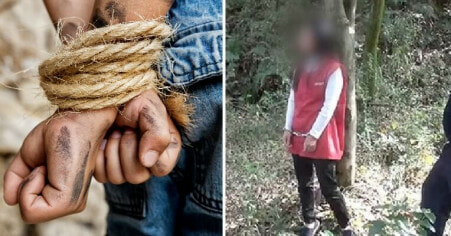