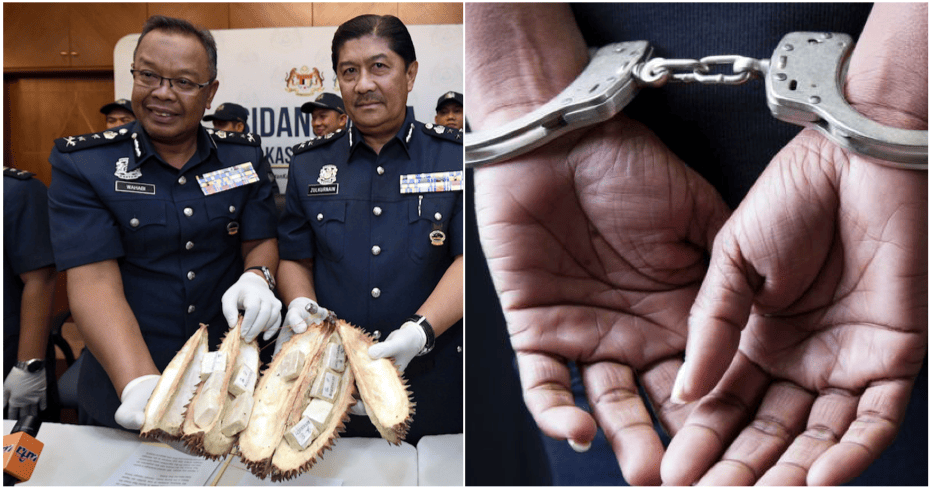 Durian, the fruit that most Malaysians love is renowned for its stench. Banned everywhere from malls to hotel rooms, the King of Fruits has a smell that can easily distract any Malaysian. However, for one drug smuggler, the sweet smell of durian did not work in her favour as it made customs officers raid her shipment. 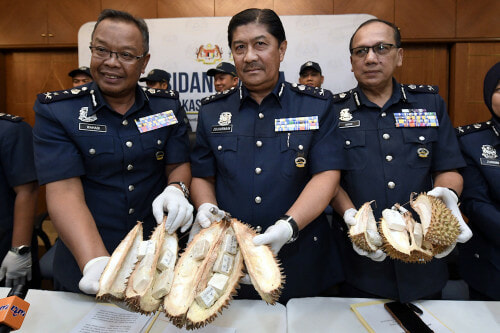 The 34-year-old woman allegedly arranged for the shipment of 20 Styrofoam boxes to Hong Kong that was declared to contain frozen durians. However, customs officers managed to sniff out (ehem) her plan and raided the cargo company that was responsible for shipping the boxes of frozen durian. 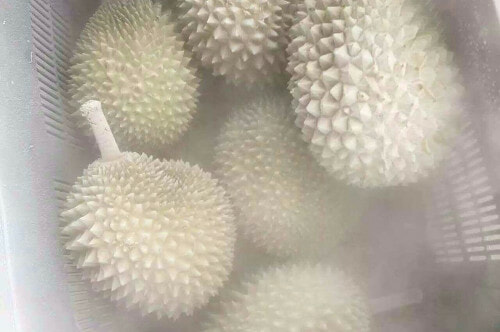 “Four of the boxes were found with white-coloured compact packets wrapped in clear plastic and suspected to be heroin in the frozen fruit.”

The lady is now being placed in a 5-day remand for investigation under Section 39B of the Dangerous Drugs Act 1952. Kudos to the customs department for their successful drug sting. Let this be a lesson to whoever that thinks they can simply fool the local authorities for their nefarious acts.

Also read: Don’t Take Food from Strangers at the Airport. Someone Hid Drugs Inside Beef Rendang! 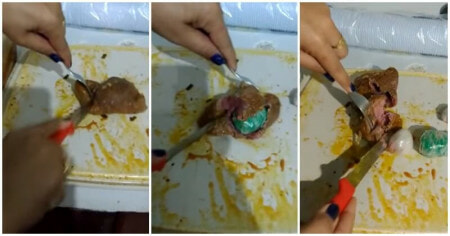