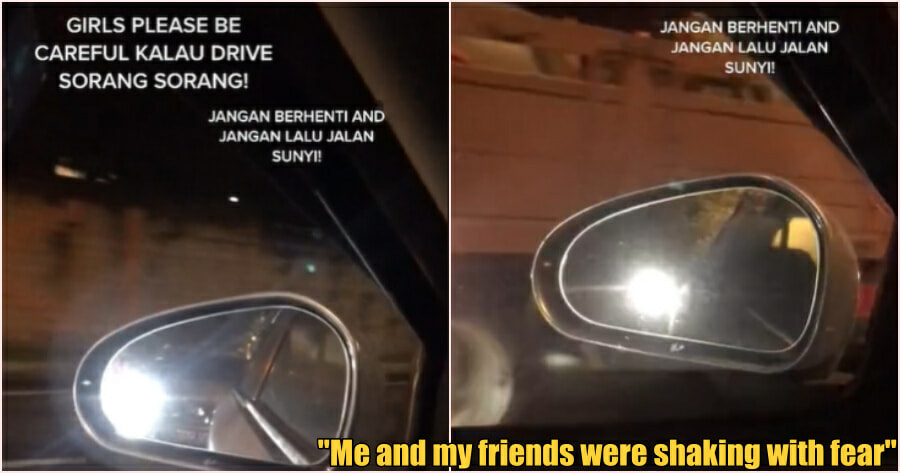 Sexual harassment is sadly a persisting issue in Malaysia that seems to have no stop to it. In fact it has even been reported that more than 50% of Malaysian women have experienced some sort of public verbal sexual harassment.

This was recently showcased in a TikTok video by Nur Faatihah. The video featured her and her friends in a car coming home from a night out. 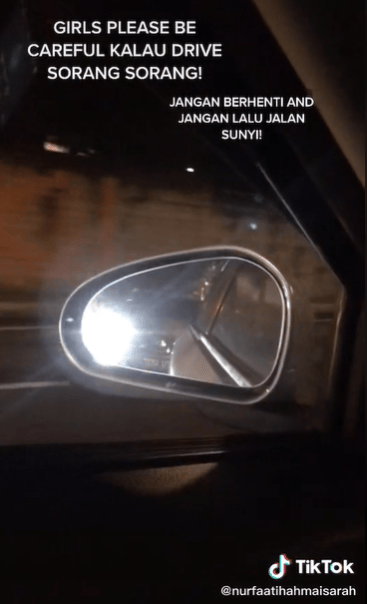 It also shows a car following them closely behind and kept blinding them with high beams, despite the road being clear of traffic.

“This car has been following us from Cheras all the way to Kepong,” one of her friends said in the video.

Another asked if she had enraged the driver by violating any traffic rules however she said that she had done nothing.

“For those who pass by Jalan Kuching please be careful! If this happens to you don’t stop! We never know what kind of evil intentions these people have.”

In the video, she writes, “Girls please be careful if you’re driving alone!”

“Don’t stop and don’t go to any quiet roads,” she added.

Netizens tried to advice her

The video had garnered plenty of attention and currently has over 1.3 million views and 134,000 likes at the time of writing.

Users flooded the comments section of the video to give their two cents on the video and what she should’ve done.

Many said that she should have called the police straight away instead of recording a TikTok whilst some speculated that she must have done something to cause the driver to constantly high beam her on the road.

Sadly enough, many of the comments also came from other women who said that they have experienced similar situations. 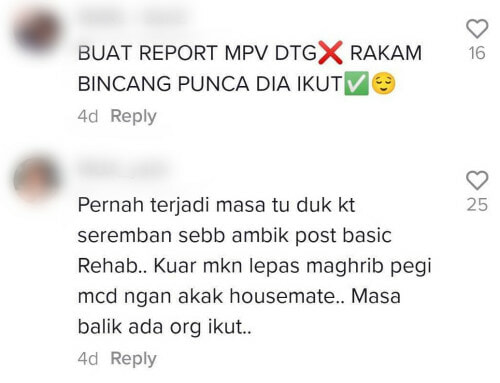 To clear things up, Nur Faatihah has posted another video where she explains what really happened.

“Yes I managed to get the plate number. If you are the driver please stop and do not endanger the safety of other road users.”

She also said that for others who may do the same, “Please don’t cause panic to people. What if they were to cause an accident, would you take responsibility?” 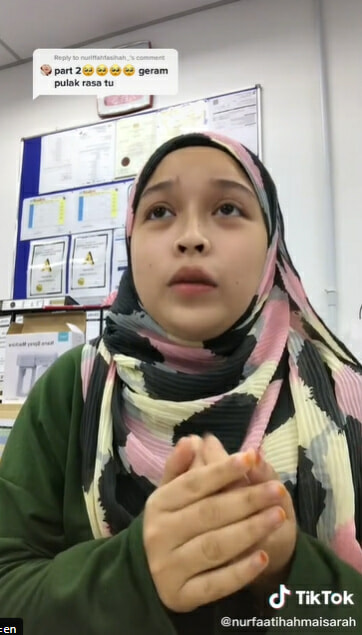 In regards to those who advised her to drive to the nearest police station, she explained that it’s not that she didn’t want to but that she didn’t know what to do in the moment as she was panicking.

“I was just driving with my friends and listening to music and suddenly this car pulled up fast behind us and kept beaming us even though I didn’t do anything wrong,” she added.

“Me and my friends were shaking with fear.”

She then explained that she had opened her window and called out to the lorry driver who was driving beside her.

“Please help me cut off the other driver as he is following me and keeps high beaming me,” she said.

Fortunately the lorry driver decided to help and with the lorry separating her and the other car, the unknown driver eventually left them.

She also added that she will be lodging a police report in the near future.

“Guys, please do not do this to girls. It will only cause them to panic.”

This incident should serve as a reminder to road users out there to step in if you see someone harassing a woman on the road.

To those who do such things, even if you’re not actually physically touching a girl, harassing her by following her on the road is equally as bad.

Also read: This M’sian Short Film Is Trending For Showcasing That Women Would Rather Prefer A Ghost To A Man 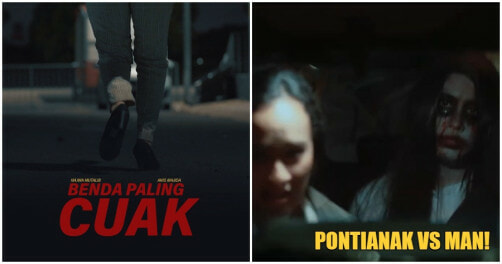