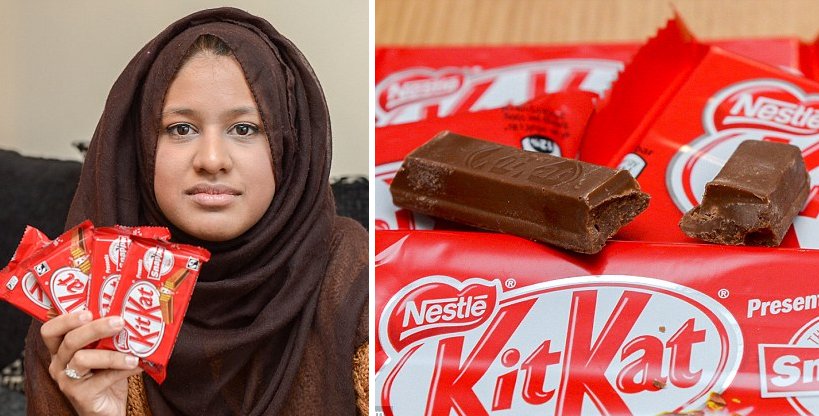 A student recently purchased a pack of KitKat and was taken aback when she bit into it. No, it’s not the awesome chocolaty goodness nor crunch of the wafer. In fact, there was no wafer at all!

The victim, Saima Ahmad, aged 20 took to write a letter to Nestle claiming that they ignored their duty of care to consumers.

Miss Ahmad, a second-year student at Kings College, London, even included details of a legal precedent set in the 1930s to back up her case. 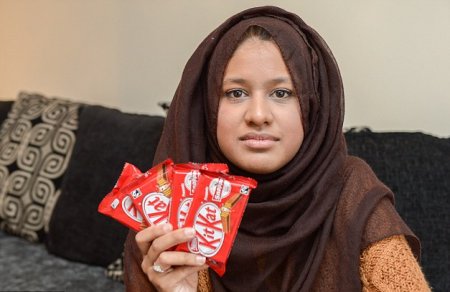 Ahmad is obviously not having a break with KitKat right now. 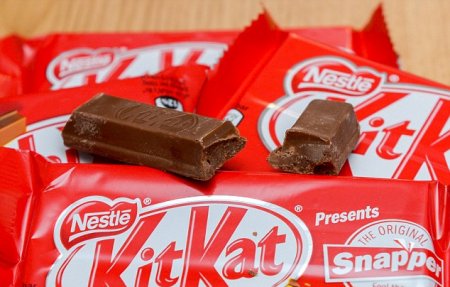 She said: “They go about advertising the unique concept of KitKat, but I’m so disappointed by what I have purchased.

I’m hoping they will apologise to me and in future focus more on quality of their product. No one else in that industry has that unique concept about mixing the wafer with the chocolate and that’s why I’m a fan.”

While crafting her letter, Ahmad even found out that this is not the first time the waferless crime has happened!

In the letter, Ahmad insisted to obtain a lifetime supply of the bars as to become their personal ‘quality control office’ and ensure quality control.

She even said, “Nestle have a huge following and I don’t think these mistakes are acceptable. I have researched this problem and I found that it wasn’t just a one off and it has happened quite a few times.

There are quite a few forums online where people complain of having KitKats without wafer.” 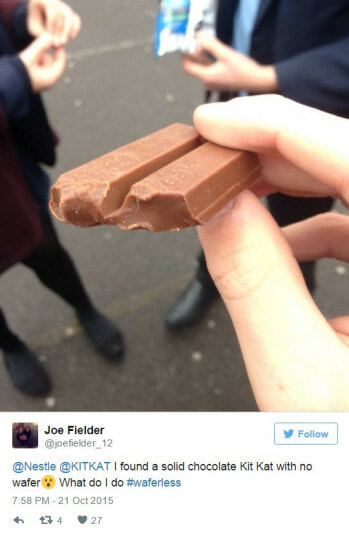 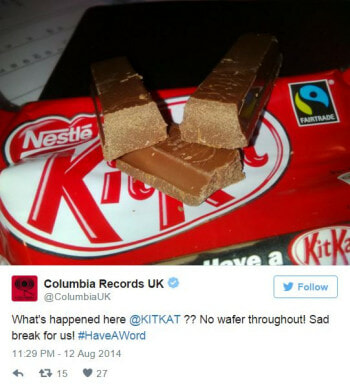 “The truth of the matter is; manufacturers owe a duty of care to consumers.

As a result I feel as though I have been misled to part with my money and purchase a product that is clearly different from what has been marketed by Nestle.

The loss I have suffered is of monetary and emotional significance. I would like a full refund of the defective pack of KitKat I purchased. I have also lost my faith in Nestle.

Clearly, if I wanted to purchase a confectionary item that is purely chocolate, I would have purchased a bar of Galaxy.

I would therefore like to request a life-long supply of KitKat so that I can act as a means of quality control – it appears you need me more than I need you.” 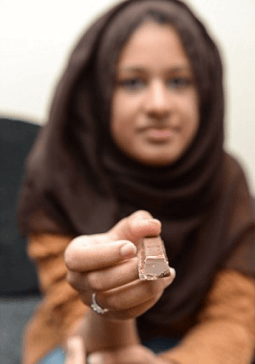 Miss Ahmad is adamant that she will take legal action if the company does not comply with her demands.

She added: ‘I wouldn’t rule out taking this further if Nestle do not apologise or compensate me adequately.

‘As I mentioned in my letter of complaint, an unlimited supply of KitKat would do.’