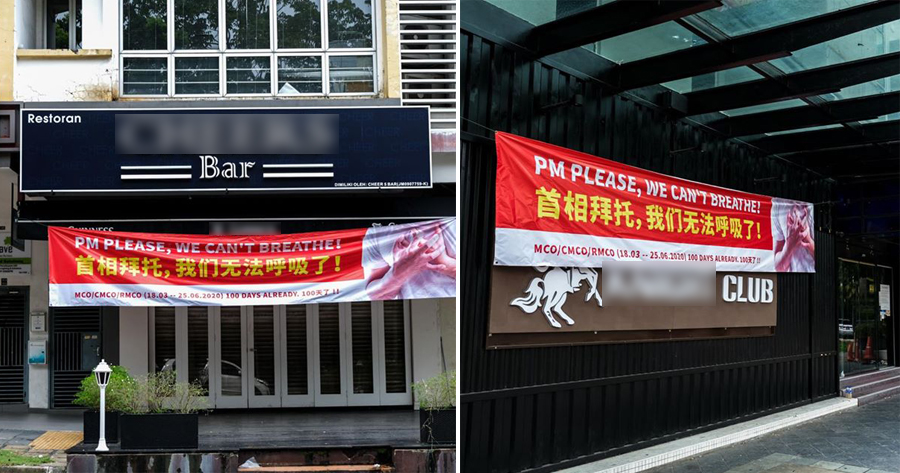 Several entertainment outlets in Johor are putting up banners in front of their shops in a bid to pressure authorities to allow the reopening of the entertainment sector.

GO JOHOR posted several photos of certain pubs, bars, clubs and bistros in Johor that had put up a banner reading, “PM please, we can’t breathe!” indicating that their businesses have been suffering during the MCO, CMCO and RMCO periods after being closed for more than three months.

The banner also indicates that as of 25 June 2020, entertainment outlets would have been closed for 100 days. 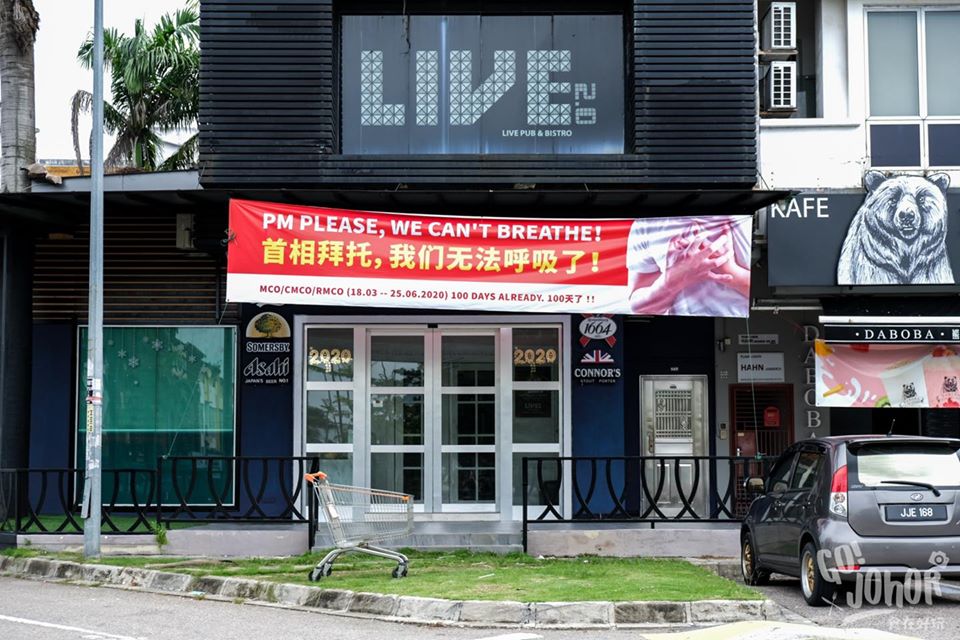 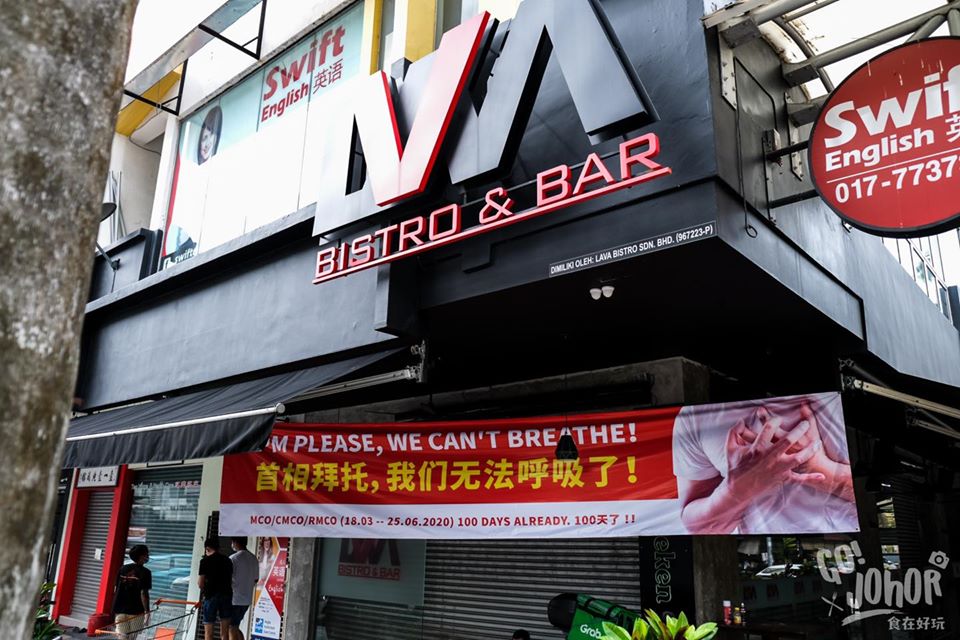 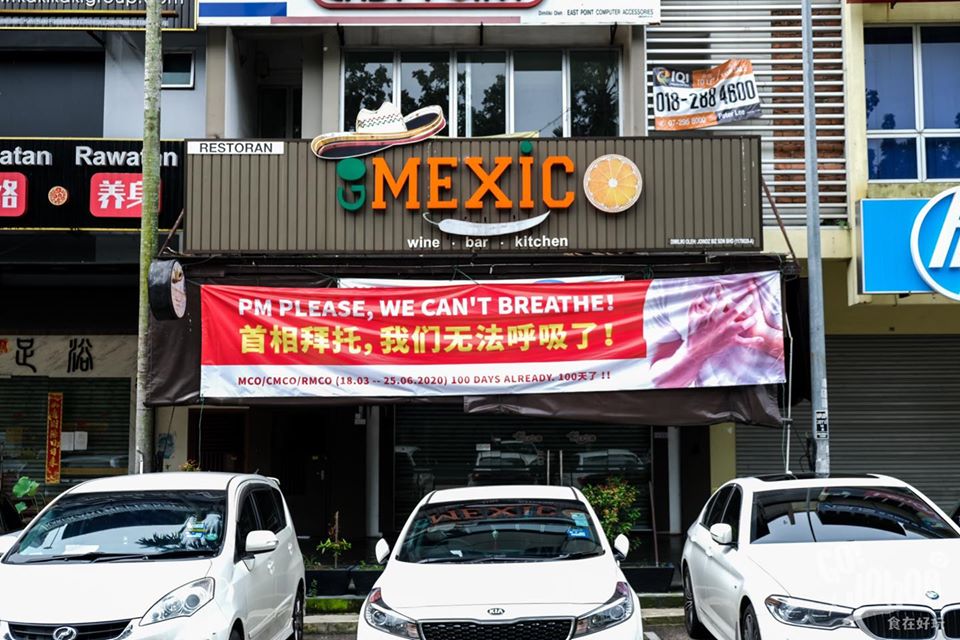 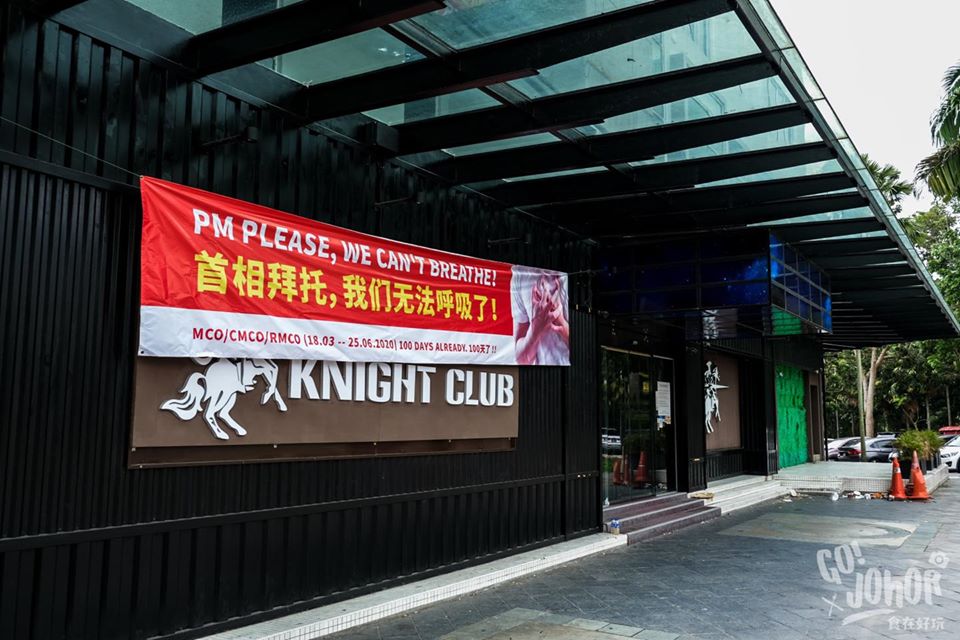 Undeniably, many businesses in the entertainment industry have been suffering the brunt of the Covid-19 outbreak in Malaysia as the government has yet to allow entertainment outlets to reopen, even during the Recovery Movement Control Order (RMCO).

The reason for this is that social distancing rules will be hard to establish in places like clubs, karaoke lounges and bars.

“Although I’ve announced a lot of relaxation, this doesn’t mean there will be no more restrictions placed by the government to control the transmission of Covid-19,” Prime Minister Tan Sri Muhyiddin Yassin said, as reported by Malay Mail.

“Some activities or sectors are still prohibited. These include pubs, nightclubs, entertainment centres, reflexology centres, karaoke centres, theme parks, mass religious parade, feasts, open houses and any other activity that involves the presence of a crowd of people in the vicinity, places that make it difficult to practice social incarceration and compliance with SOP (standard operating procedure).” 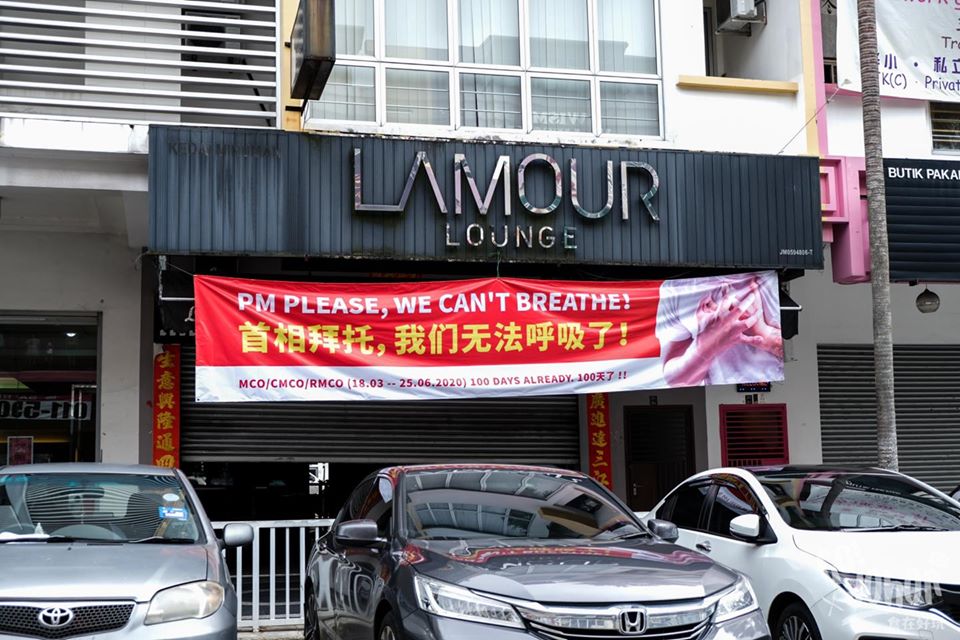 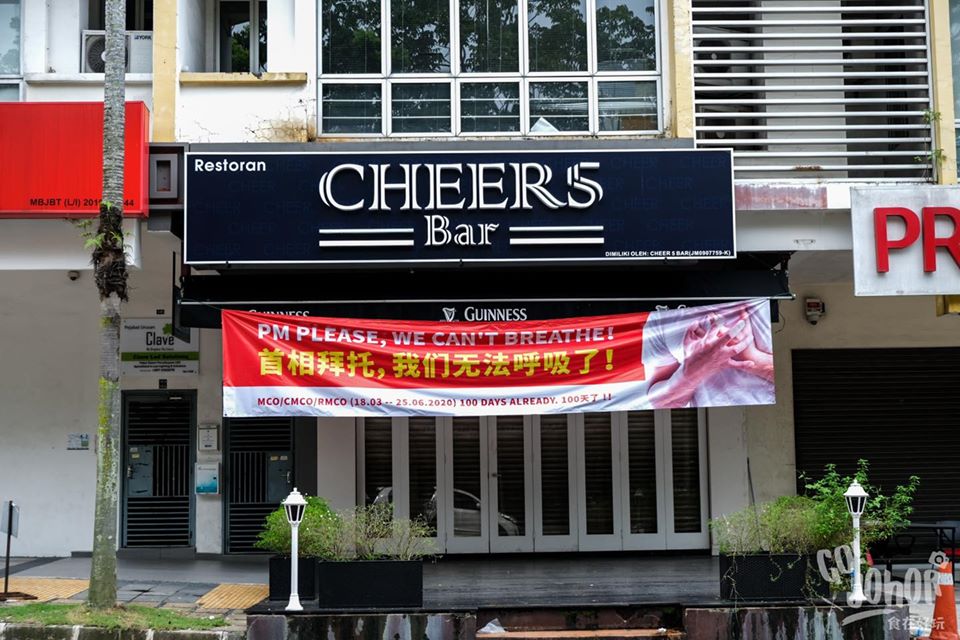 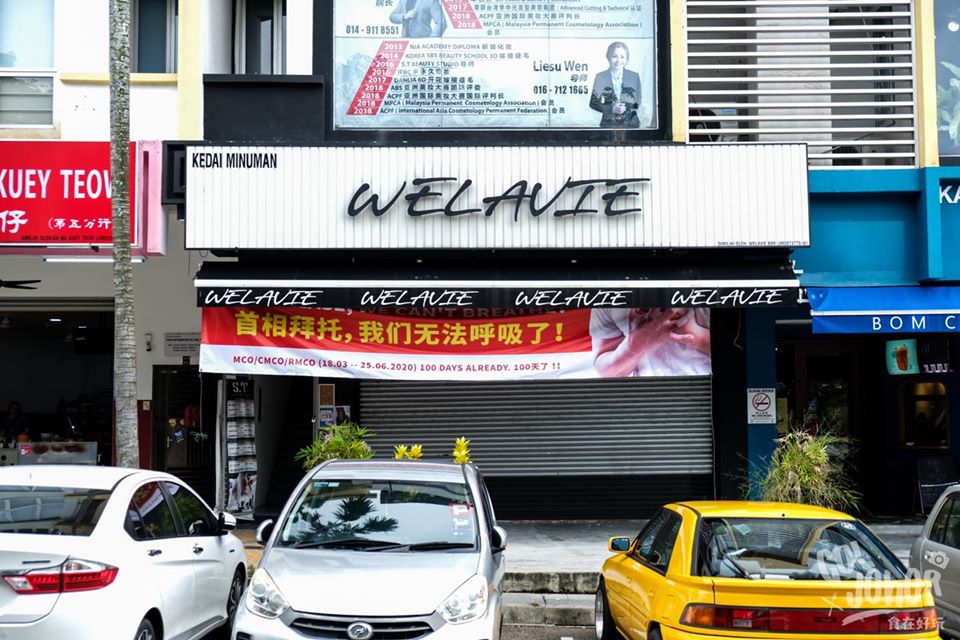 However despite the government’s orders, certain entertainment outlets have attempted to opened, gathering large crowds of people. But they are no match for our dedicated police officers who are always in step with these illegal activities.

About three weeks ago, the police raided a nightclub in Petaling Jaya and fined 98 individuals RM1,000 each after they were caught partying there.

Hopefully, the Covid-19 situation in our country will begin to get better as we adhere to standard operating procedures set by the government. Sooner or later, we will be able to visit our favourite bars and have karaoke sessions with our friends again.