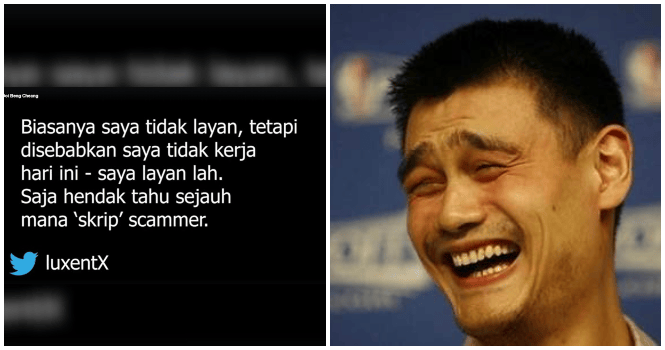 It seems that every other day, there’s a scam related issue making its way to the headlines of local news. But this time around, it’s warranted to induce some laughter and chuckles. A video recording entailing a conversation between a man named Ooi Beng Cheang and a scammer went viral after Ooi trolled the scammer in an hour-long conversation.

In the now-viral video, Ooi pretended to be Wong Ah Tak, a retired Singaporean toilet cleaner who was living in Johor Baru. Ooi also provided descriptions in the video as the conversation plays out. The video was cut short into 9 minutes, guaranteed to provide a good amount of trolling.

“Just moved there for a month, renting a room. No family and friends, but with RM82,000 in the bank! (Singaporean cleaners are rich!).” Ooi had said in the video. The scammer had assumed that she was speaking to a Malaysian when Ooi had picked up the phone. Little did she know that Ooi was playing the role of a retired Singaporean man.  A tangible and awkward silence could be heard in the recording when Ooi revealed that he is a Singaporean. 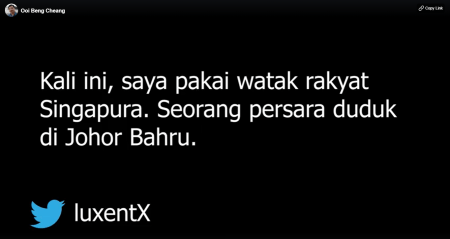 Given that one’s nationality is an important detail in a tax-related issue, the scammer had proceeded on as if it was not a big deal. The scammer posed as a LHDN officer, and proceeded to claim that she is from the Inland Revenue Board (LHDN) stating that Ooi’s company, Greenwood Trading in Georgetown, Penang owed the tax body money.

Just like an action-packed Tom Cruise movie, the conversation took on many different turns. When Ooi probed further with questions, the “LHDN Officer” then transferred the call to a male figure who claimed to be a Sergeant Fariz. Sergeant Fariz, allegedly, was from Penang Police Headquarters, and he is “in charge” of making an automatic police report.

The conversation then took another turn when Sargeant Fariz claimed that Ooi’s account was also used by a drug lord to launder RM1.4 million (plot twist!). In the recording, Ooi dropped some not-so-subtle hints that he was indeed trolling the scammers.

“While he was checking the details with his fake inspector, I really wanted to pee and I told him I wanted to ‘kencingkan awak’ (pull a fast one on you) like a true ah pek cina.” described Ooi, in his video. Ooi’s trolling capabilities shone further when the scammers were willing to wait during the phone call while he took a trip to the loo!

According to the Malay Mail, Ooi did not get into any sort of trouble or lose his money. Instead, Ooi and his Facebook friends just got a good laugh!

If you encountered any scam-related activities, please call the relevant authorities and seek further action if needed. 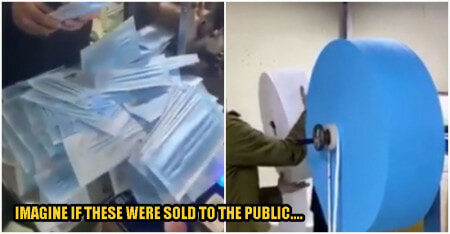