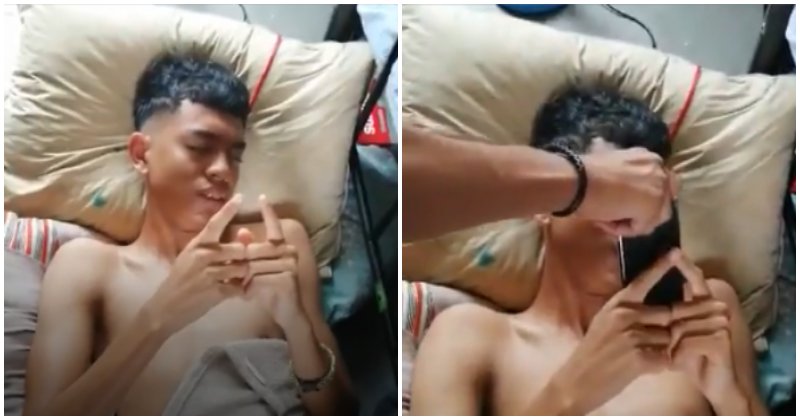 It appears that we humans can no longer even sleep without being active on our phones, as a video has surfaced of a boy who is fast asleep but looks like he’s typing out a message on an invisible handset!

Ez’es (@Ezzudinesa) took to his Twitter account to showcase a video taken of his friend who had fallen asleep. While there might be nothing remarkable about sleeping, what caught everyone’s eye was the fact that he had his hands in the air like he was holding a mobile phone and his finger movements indicated that he could be typing!

Ez’es wrote, “Who are you sending WhatsApps to in your dream?”

At one point in the video, the boy’s friends can be seen trying to place a hand-phone in the sleeping boy’s hands, probably in hopes of catching a glimpse of what he was trying to type out.

Well, at least he’s not sleeping with an actual phone, considering the amount of incidents where charging mobile devices have exploded, killing their sleeping owners.

Either way, it’s safe to say that our unhealthy mobile phone dependency has affected our subconsciousness. We hope no sleeping person picks up their charging phones based on muscle memory and sends a message they can’t take back.

Ez’es’s posting has since garnered over 6,200 retweets.

Somebody wake the poor kid up, please. 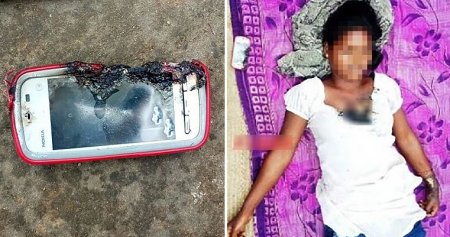