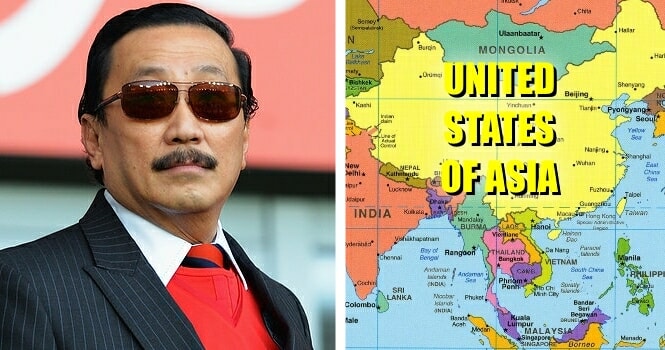 Seems like an ambitious undertaking, but here’s what the businessman and investor has to say. 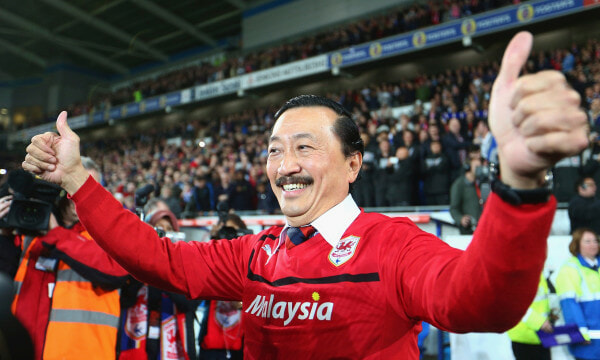 The chairman and chief executive of Berjaya Corporation has suggested that Asian countries band together to form the next economic powerhouse, dubbing it the ‘United States of Asia’.

He also emphasises the need for countries in the region to adopt English as the lingua franca.

“Since there are so many languages in Asia, English would be a binding factor. It will promote business, too.”

I mean, that seems like a reasonable idea seeing how many languages Asian countries have, not accounting for the dialects even. Last I checked, there are at least 200 known Chinese dialects. Wahlao eh!

Thankfully for most Malaysians, we’re at least bilingual. Not to mention the benefits of being one.

READ: Malaysians Who Can Speak Mandarin and English Are Highly Wanted In China

Whether or not our English is proper or powderful, that’s a different story la. But still we’re considered doing pretty good compared to our neighbouring countries. And in that sentiment, Tan Sri Dato Seri Vincent Tan highlights that communication, even for business purposes is a problem in countries that don’t speak the English language.

He spoke at The Economic Times-Asian Business Leaders Conclave:

“I told them population is an asset. It moves business.”

“But have an educated population, I told them. Teach them to speak English.”

“It would be easier for investors to do business in their country.”

He stated that Thai businessmen were now taking the initiative to pick up the language, and other Asian countries are beginning to see its importance.

Soon enough, we’ll no longer be amused or baffled by incorrect translations. 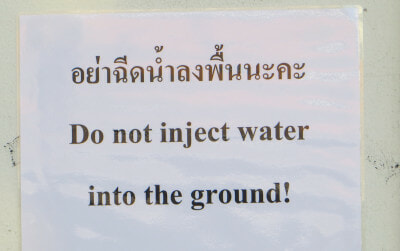 I don’t know about you, but I’m pretty sure they won’t have a problem with that

He went on to describe that he had never faced any problem in his dealings with India as the people there spoke the language.

“I started by building office blocks in New Delhi. Then I moved into opening lottery outlets in Mumbai in the 1990s but my application was rejected after the Shiv Sena political party took over the Maharashtra state.”

“But the point is I never had communication problems there.”

He even said Asia could be the next powerhouse due to the population explosion.

“Look at China. Imagine if they had only 130 million; would they be the super power of today? The same with India. It is a powerhouse due to the buying capacity there.”

“If Malaysia had a population of 200 million, imagine the number of businesses that could be opened.”

Not surprising, he stated if China and India were to join in the ‘United States of Asia’ proposal, it would further enforce Asia’s voice in the global economy stance.

“We should be as borderless as we can. We can live peacefully. No one should go to war. Of course, the only war we should have is ‘economic war’.”

A participant at the conclave also asked if there will be a unified currency, to which he responded:

“It does not make sense to have one Asian currency. Which currency do we use? Is it the Sing (Singapore) dollar? That would be so expensive.”

“And there are some currencies in Asia with so many zeros at the back like the Indonesian rupiah or the dong in Vietnam. It can be confusing.”

So what do you guys think, would this be a great initiative for us, or a marginalised economy waiting to crash and burn? Share your thoughts with us on our Facebook page.