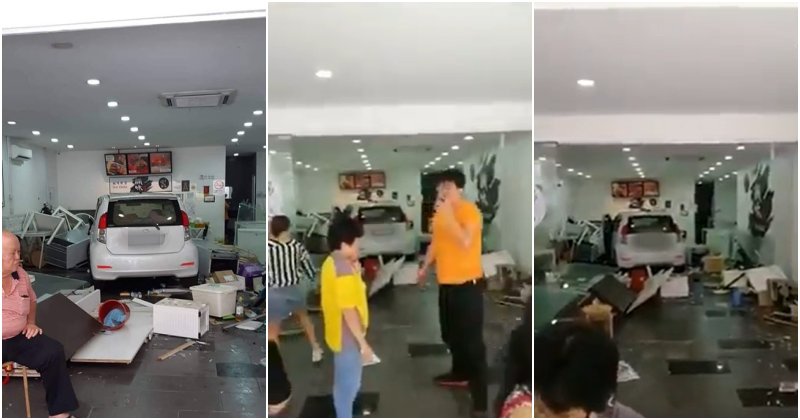 Reported on Facebook page 我们是马来西亚人 We are Malaysians, the video of a vehicle crashing into a restaurant became the talk of the town and became a new addition to the number of incidences involving vehicles giving new meaning to the word drive-thru.

The incident which took place in Setapak, Kuala Lumpur involved a Myvi crashing into an eatery named The Taste. The driver identified as an elderly uncle was responsible for the incident as informed in the narrative that accompanied the video.

Clearly causing a ruckus with locals in Setapak, the video was taken after the incident took place, with the white Myvi resting well inside the shop it crashed into. Luckily no one was hurt at the time of the video recording.

The video which has since garnered 15k views and over 200 shares on social media, netizens commenting on the incident showed some support for the uncle who drove his car into the restaurant.

“I’m sure the uncle didn’t do it on purpose. If it was, he should’ve just burned down the restaurant instead.”

“Pity the old uncle. Surely he is scared like hell.”

Though the incident is not the first for many in Malaysia, it is astounding as to how bad some Malaysians are when it comes to driving.

Let’s hope that incidences like this do not repeat itself in the future. We have more than enough stories of Malaysians and their bad driving. 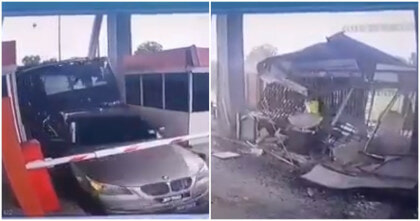