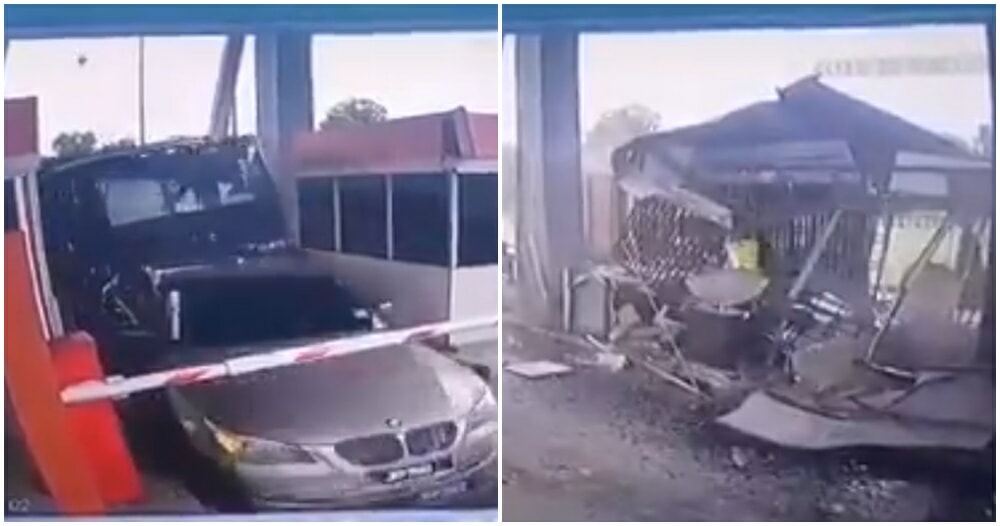 While speeding isn’t an uncommon occurrence on our Malaysian roads, drivers should always be careful when approaching toll booths. With cars stopping and going at various speeds to reload their Tn’G balance, speeding drivers could potentially put themselves and other road users at risk with their reckless actions.

Posted by 我们是马来西亚人 We are Malaysians on Monday, December 9, 2019

Just yesterday (9th November), a netizen shared a video of a speeding lorry driver that allegedly lost control over his vehicle and rammed into a BMW at a toll booth on Senai-Desaru Expressway, Johor.

In the video, the driver of the BMW can be seen extending his hand to the officer in the toll booth to supposedly top up his Touch n’ Go. The CCTV footage then reveals the lorry fast approaching in the background, ramming straight into a BMW and another toll booth full speed!

While the unfortunate BMW was propelled into the toll’s barrier gate out of frame, the toll booth beside it was completely ripped apart from the collision. 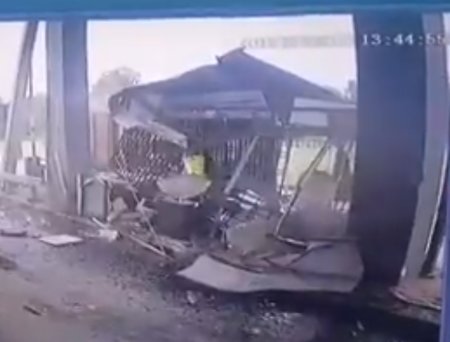 The roof of the toll booth was left broken in pieces with all its windows shattered entirely! Thankfully, the officer inside the booth survived.

Since being posted in Facebook group, We Are Malaysians, the video has garnered viral status with over 1,400 shares. While some netizens criticized the lorry driver for speeding and losing control over his vehicle’s brakes, others have voiced out the importance of setting speed limits before tolls to avoid future accidents like these from happening.

Someone could’ve been seriously hurt! What do you guys think of this? 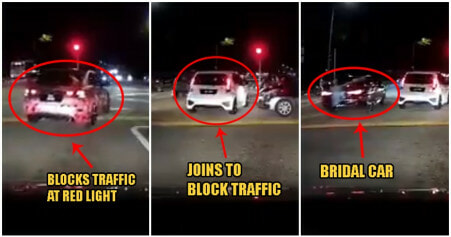