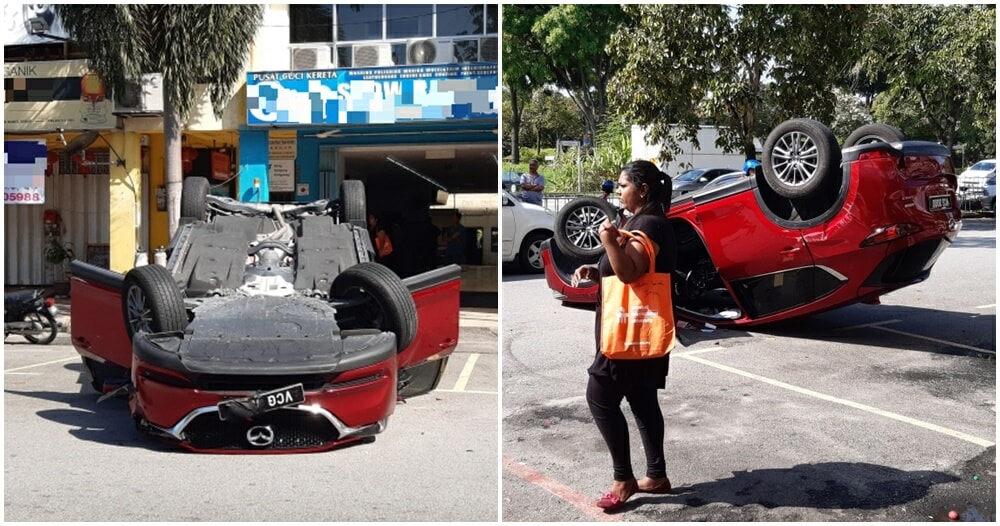 What was supposed to be a squeaky clean car wash ended up being a near-total loss for a poor Malaysian woman who had her vehicle wrecked by an unlicensed foreign worker early at about 8:30 a.m. this morning (17th February 2020). 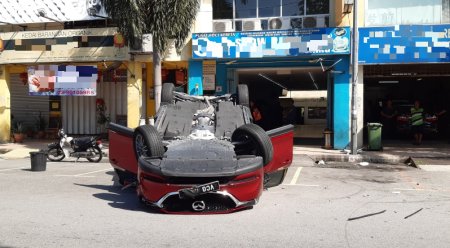 According to Sin Chew Daily, the woman left her Mazda at her usual car wash in Cheras and unsuspectingly went to have her breakfast at an eatery nearby. A foreign worker with no driving license tried to move up the line by driving her car out of the shop when he accidentally hit reverse and bumped into the Mercedes behind him.

In a rush of panic, the man then accelerated out of the driveway and immediately crashed into an oncoming Proton Iswara, causing the poor woman’s Mazda to flip backwards! 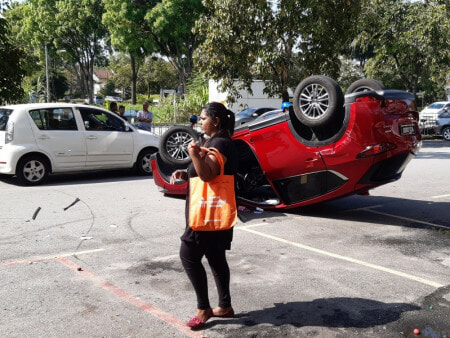 Unsurprisingly, the woman was shocked to find her car in its wrecked state as she said she was a loyal customer that had been going to the same car wash for a year now. What’s even more painful however, is that her husband only got this car about 14 months ago!

“Last year, my husband waited for months before he could get this bright red Mazda. But now I think the entire car will be scrapped. Even if the other party’s insurance can compensate him, it won’t go out soon,” said the victim to China Press. 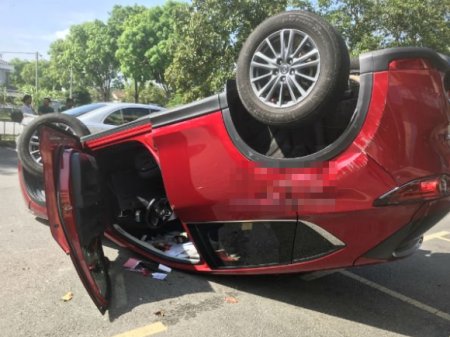 Fortunately, the other Mercedes owner, who had his car mildly damaged, called in authorities who arrived at the scene soon after to detain the foreign worker, as the owner of the car wash centre wasn’t there at the time.

Thankfully, no one was hurt during the accident. As easy as driving may seem, anyone entrusted to be behind the wheel should have a license.

Also read: Kelantan Mother Almost Loses Her Son After Thieves Steal Her Car While She Left It Running 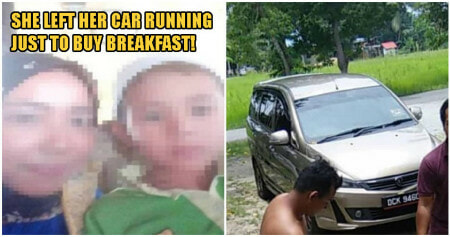