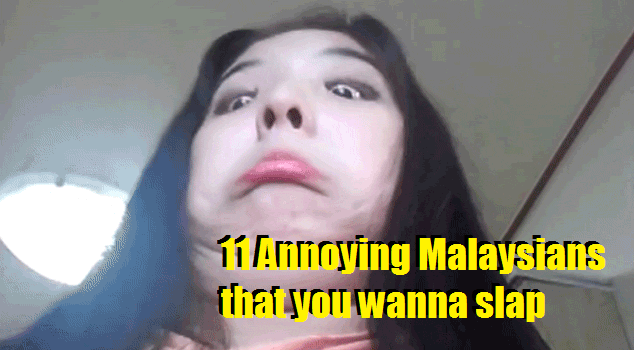 This article speaks of some pains you endure as a Malaysian. There’s always a handful of moments where you just want to slap the idiot that made your day. 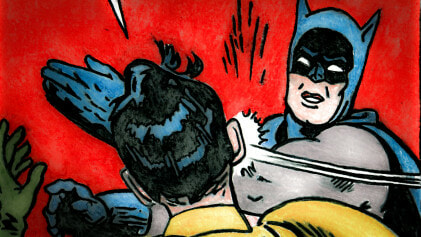 11. People that speak too loudly on their phones

“Speak louder, I don’t think the person next door can hear you.”

You are on the phone, it’s cool. But do you have to speak so loud?! No one is interested in your conversation and it is disrespectful. I doubt the reception ain’t that bad and the other person can hear you just fine.

Please do society a favor and be normal, speak at an appropriate volume; you the disturber of peace.

“Look at the way that idiot drives! Penang driver, no wonder la!”
“Want to drive, drive properly la.. Sure must be Kopi-O license one.”

In no way stereotyping Penang drivers, but this is an example of a common phrase heard by Malaysian drivers.

There are just some drivers out there that thinks it’s their grandfather’s road and zip in and out of traffic like it’s a wonderland. And when their senseless driving cause an accident, they would come out of the car looking pissed, demanding an explanation and sometimes wanting to fight. 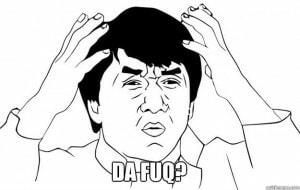 Talking about road bullies, let’s not forget the Mat Rempits that fill our roads.

Racing down the road with your bikes; you may not care for your safety, or your girlfriend’s who is sitting behind you, but if I accidentally hit you, and you got injured then I would have to pay for your medical bills.

There is nothing gaya about jumping the lights, dangerously cutting in front of cars, racing on public roads, or being able to stand on your bike while it runs. 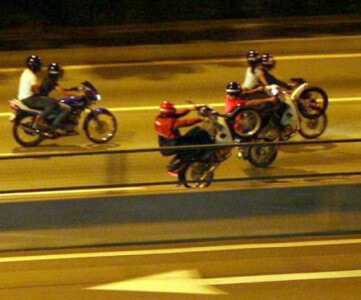 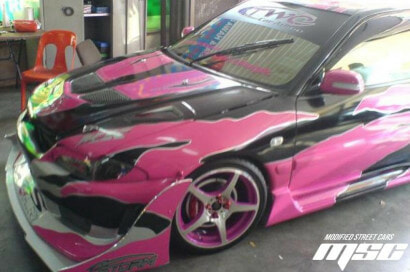 You know what I’m talking about. Those cars that are re-painted in awkward colors, customized exhaust, skirting, bumper, spoiler, dark tinted windows, sport rims, ah beng LED blue lights and so on.

In fact, I was eating breakfast one Saturday morning when a car drove by and parked in front of the mamak. Its engine was so loud, it was deafening. When I checked it out, it was NOT a sports car but a heavily modified Kancil. Seriously bro?

And don’t get me started when these people start revving their engines like it’s a supercar.

The aunty at the next table said: “Scare die no people know you got a car meh…”.

8. Those rowdy school boys that terrorizes the whole bus/train

Yes you are a kid, yes you are still wearing your school uniform, yes you are with a group of friends, yes it is exciting to ride the bus but didn’t your mother ever teach you to sit down in a moving vehicle?

It’s ok, we know you are having a good time with your friends, but you can keep the volume down now.

7. People that cut the queue

Be it lining up at the movies buying popcorns, buying food, at the Pejabat Imigresen, or even waiting for your turn at a public toilet; there’s always that one person that helps their 10 other friends to ‘chop’ space.

“Eh, you help me line up first, I join later, afterwards a lot of people”

But Malaysians being Malaysians, we are just too courteous and usually let it go. Sometimes we shrug it off thinking everyone has done it before, which is sadly true. Even I have. Yikes!

6. Parents that do not control their kids in public

I love kids, I really do. They are adorable until they turn into little screaming devils that you swear will turn your ear deaf.

It may be a park, airport, movie theater or most frequently, the mall, where the kid would be screaming, kicking, and balling their eyes out on the floor. Everyone would look at the child then turn to the parents to see if they are doing anything to stop the scene the child is creating. And…most of the time, they doesn’t seem to be affected by it.

Excuse me auntie, but I believe your little Satan’s spawn is being a nuisance to everyone.

It takes a monster to create little monsters.

These are people that always have something to say about everything. And it’s usually not something good either.

Take the video of Tony Fernandes welcoming two MAS stewardess into the Air Asia family for example. He placed his arms on their shoulders and told them it’s ok to let their hair down.

But some people have to blow things out of proportion by leaving degrading comments. Here’s an example below: 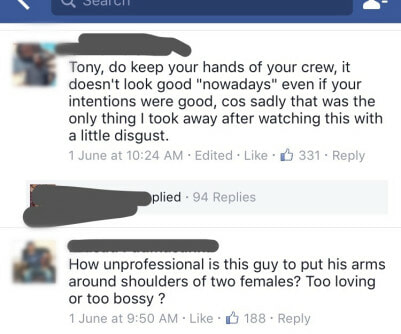 The guy was just showing some warmth and sharing some jokes with his crew members. So, there is no need to be overly sensitive for the girls because they seem fine. Sometimes less is more.

Nothing is more annoying than someone who think they are better than you WHEN THEY CLEARLY AREN’T.

There was a friend who was really good at her job, she was a top performer and people know her. One day, a co-worker of hers’ pulls her into a room saying there something very important he would like to share with her. They went into the room and he told her that he would like to give her some career advice. He then proceeded to tell her how to do her job despite being a average performer.

In response to that, there are just no words… but to breathe. Or laugh at these pitiful souls.

These suckers definitely need some self reflection.

3. People who puts their dirty feet on your f***ing bed

I’ve no idea where your smelly feet have been or stepped on so you best remove your filth from my holy sleeping sanctuary.

There’s the leg shakers. Would you please stop, just stop shaking/kicking my chair!

Then there are the hair grabbers (people that grab your chair and accidentally your hair when they hoist themselves up from their chairs) which is most commonly found in cinemas and air planes. Ouch!

Next there are the “what’s is going to happen next” people in the cinema. Stahp it, I don’t know, that’s why I’m also watching the show.

We also have the people with bad breaths that speak very closely to your face. What’s worse is that they would come even closer despite your attempt to move away. Seriously, please don’t come any closer.

1. Those with fake accents

There’s two types of situations as to when this will arise.

You’re having a wonderful normal conversation with your friend and then a white friend joins in. Suddenly your friend, who was speaking in their Malaysian Engrish before, now speaks with an accent. Wow, how did that happen? The accent sounds horribly fake. However, it seems that she has already been possessed and now also talks you in the same fake accent. Ewwww!

Your friend studies one semester abroad and comes home with an accent. 3 years later, she’s still speaking with the accent. For God’s sake, it was just one semester. You just don’t turn white in a few weeks!