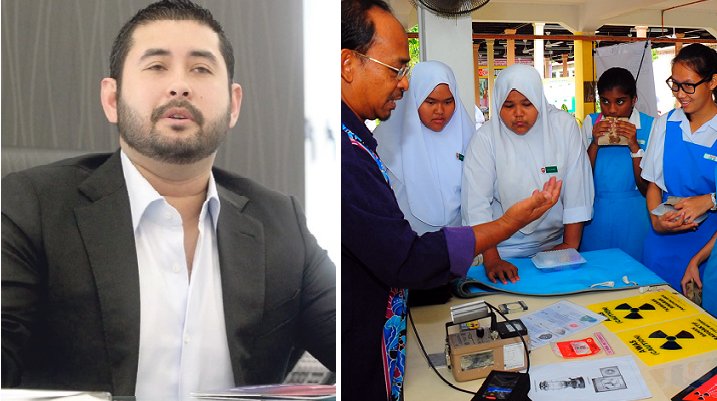 In keeping with the Johor Royal Family’s blatant stance against the standing Najib-led BN administration, the beloved Crown Prince, Tunku Mahkota Johor Tunku Ismail Sultan Ibrahim has released statements discussing the oxymoronic nature behind 1Malaysia. He cited that the existence of vernacular schools are a major hindrance towards unity.

“I hope in the near future… the Johor government will introduce an education module for Johoreans. We’ll make Bangsa Johor.

“Malaysia has it too – 1Malaysia. But answer me, where is 1Malaysia?

“You have Malay schools, Chinese schools, Indian schools and since they (pupils) were young, you teach them not to unite. And when they grow up, you want them to be united?” – TMJ

This was all raised in a proposal to the Johor government where the Prince called for his State to break away from the federal syllabus and to put forward it’s own education modules; highlighting it’s ideals of forming a multiracial “Bangsa Johor”.

“In the future, there won’t be Malay, Indian or Chinese schools in Johor.” – TMJ

He did, however state that religious schools are to remain as they are, only schools that segregate the races are proposed to be demolished. TMJ further called on his people to look east, to Sarawak; lauding Sarawak’s unity and assertiveness.

“Look at Sarawak, Sarawak is smart, Sarawak is united. That is why when Sarawak rants something, the (federal) government has to listen.” – TMJ

If there one was thing he appeared to want to drill into the heads of the Johoreans, its that when the whole state is united as one body, the Johor government has “more power” and the federal government would have no choice but to listen as they need the state’s support.

TMJ makes some good points here. Racial disharmony is a serious and tender issue in Malaysia, maybe when we look to our fellow countrymen as individuals, we’ll see 1Malaysia for more than a broken slogan but a testament to our rich and diverse history! What do you guys think? Should vernacular schools be abolished, privatised or left as it is? We’d love to hear your thoughts.